I held my breath as my carry-on bag went through the TSA X-ray machine. I tried to avoid eye contact with the security agent, who would inevitably see an X-ray image of what could only be a bag of vibrators.

But I wasn’t traveling for pleasure. I was bringing six vaginal dilators (and a side of lube) with me so I could do my physical therapy homework in my hotel room.

After giving birth in the summer of 2017, I needed those dilators because sex had become excruciatingly painful. At my six-week postpartum exam, my doctor poked around and told me everything “looked perfect.” I could resume normal activities, including sex.

Excited to start my return to normal, my husband and I—in a sleep-deprived state—tried having sex. It felt like he ran into a brick wall. They hadn’t stitched my vagina closed, right?

Nervous, we didn’t try again for weeks. And when I finally had the guts, there was the brick wall again. At four months postpartum and after a few more tries, I emailed my doctor’s office.

The nurse practitioner wrote back: “It can take time for your body to heal and feel like itself after having a baby. Continue lubrication and try different position changes; some may be more tolerable than others. Be patient and keep trying. If it continues and you are having some concerns, we can bring you in for evaluation.”

Laura Carinci, MD, a clinical assistant professor in the department of obstetrics and gynecology at NYU Langone Health, says many physicians will monitor the progress of a patient’s pain before recommending treatment.

“There is so much nuance,” she says. “You and your doctor need to be detectives to find out what is actually the problem, and that will help direct what’s done.”

Frustrated but not defeated, we continued to take things slowly, but I’d hardly call what we had a sex life. Sex is supposed to be fun, not something you just want to “get over with.”

This fear and anxiety can make the problem worse, says Dr. Carinci.

“Once a woman has pain during sex, she anticipates pain with sex. And that leads to this circle of, ‘I’m going to tense up now because I had pain last time, which means I’m going to have pain this time,’” she says.

When my son turned six months and the pain was no better, I contacted my pelvic floor physical therapist, whom I’d been seeing to prepare for pregnancy and delivery. She told me: “This is common but not normal. And there is a difference.”

I scheduled my first postpartum appointment.

Lauren Garges, a board-certified women’s health physical therapist, did an internal exam. She told me while things were healed, I was extremely tight. After doing some of my own research, I learned that this could be a form of vaginismus, or involuntary muscle spasms in the vagina.

There are varying degrees of vaginismus, but almost all women describe it as feeling like they’ve hit a wall. That’s due to the vaginal walls and opening clamping shut, says Garges. She also explained that women with vaginismus may not be able to have anything penetrate the vagina—a finger, a tampon, a penis—while others may be able to have some (painful) penetration.

I was the latter case.

I worked with Garges twice a week for several months. She used her hands to actually stretch the opening and walls of my vagina and taught me how to do the same. And she instructed me on how to use that bag of dilators.

I’ve had my fair share of Brazilian bikini waxes, so having Garges’ hands all up in my business wasn’t as awkward as you might think. We chatted about the baby, running, the weather, as she gently stretched the tissue and muscles. Therapy was painful but tolerable, which was a sign that maybe sex was stressing me out more than I realized.

After manually stretching me, Garges would use a dilator, increasing in size as my tolerance allowed, and ask me to rate my pain on a scale of one to 10. At the end of each session, she’d smile and tell me, “I was all the way in with this size dilator.” Small victories.

“Pain during sex, especially after childbirth, isn’t really covered in education for obstetricians,” says Garges. She’s heard doctors tell their patients to simply drink wine and relax before having sex to ease the pain.

I’m a rare case in that I had a pelvic floor specialist to begin with. It’s still an up-and-coming field in the U.S., but therapists like Garges and gynecologists like Dr. Carinci are trying to make pelvic floor care routine for all women.

“Women go back for their six-week postpartum visit, the doctors do a quick internal exam with a speculum, check the organs, make sure the uterus is going back to its normal size, make sure there isn’t excessive discharge or bleeding, and they discharge you,” Garges says. “But it’s like, wait, wait, wait, this is trauma. Carrying and delivering a baby is trauma, and you need to learn how to recover from it. That should be routine in this country, and it’s not.”

“There are some women who had such horrible experiences—prolonged labors, difficult deliveries, complications post-delivery,” Dr. Carinci adds. “Those women are traumatized. While there isn’t research on it, I would think those women would have fear of being pregnant again after a traumatic childbirth.”

That said, there are still plenty of women who have sex four or six weeks after giving birth and are perfectly fine, Garges says. “That’s what we’d hope to be the norm. It’s not uncommon for things to hurt, for things to be highly sensitive and irritated. Is it always a red flag? Not necessarily. It might mean you need another four weeks to heal. But if someone gets to three months postpartum and is still having pain with penetration, it’s time to get that addressed.”

Reconnecting as a couple

Over the past 14 months, my husband and I have tried to have sex a little more than a dozen times. It’s been successful–he’s mostly in and I’m not wincing in pain–about half of the time. I’m fortunate that he doesn’t pressure me and understands that childbirth is traumatic.

Because there could be underlying psychological reasons for vaginismus, seeking counseling may be worthwhile.

“The inability to have sex due to any reason can be a destabilizing force in a couple’s relationship, as sex is a special type of connection,” says psychotherapist and sexologist Laurel Steinberg, PhD.

“If the lack of sex is specifically due to a shortcoming or dysfunction on one partner’s part, such as it is with vaginismus, she can become depressed or anxious about letting her partner down, which is also not good for a relationship,” Steinberg says.

I’m just over a year out from having a baby, I recently stopped breastfeeding, and now we’re trying for kiddo number two. So far, it’s not as fun as the first time around when I didn’t have to contend with thoughts of my traumatic labor, pre-sex stretching, or mid-sex pain. We may never get back to those good ol’ college days, but we’re making progress, one baby step at a time.

Can Your Vagina Be Too Tight—or Is Something Else Causing You Pain During Sex?

What Is Vaginismus–and Could It Be Making Sex Painful? 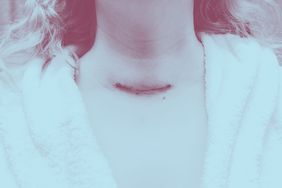 Could Sex Be Better After Having a Baby? This Is What New Moms Say 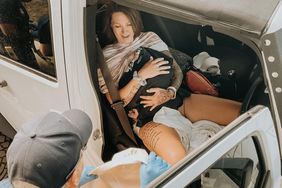