The effects of pregnancy loss can last at least nine months after diagnosis.

It won't come as a surprise that miscarriages have an impact on the mental health of the mother. But new research is showing that the effect of a lost pregnancy lasts for much longer than people might think.

According to a study in the American Journal of Obstetrics and Gynecology published in December 2019, women who experience a miscarriage or ectopic pregnancy (when a fertilized egg stays in the fallopian tubes and becomes unviable) are more likely to have post-traumatic stress disorder (PTSD), anxiety, or depression. The results revealed that these mental health issues continue long after the loss of the fetus.

What You Need to Know About Fertility Testing

Researchers from the Katholieke Universiteit Leuven in Belgium and Imperial College in London surveyed 737 women who experienced a miscarriage or ectopic pregnancy at three points after the initial diagnosis of pregnancy loss: one, three, and nine months.

"The fact that such a high proportion of women experience symptoms suggestive of PTSD, and that these symptoms persist over time, is important. It is recognized that PTSD in other contexts can have a significant impact on work, social interaction, healthcare utilization and risks in future pregnancies," the study reads. "Given annual incidences of miscarriage and ectopic (which may rise further if the trend towards later childbearing continues), this points to a significant public health issue."

And it's clear that a lot of women feel this way. The hashtag #miscarriage has been trending on Twitter over the past few days, and women are using it to share their own experiences with the loss of a pregnancy.

"My first #miscarriage I was petrified by what was coming out and what I might see in the toilet or the bath," Twitter user Caroline White wrote. "Second was a missed mc. I had a d&c and as I came round the FIRST thing the charming surgeon said to me was 'all done, we've sent the 'contents' off for testing'....."

(For reference, a 'D&C' refers to a dilation and curettage procedure, which involves opening the cervix and removing the contents of the miscarriage; 'mc' refers to miscarriage.)

White is one of many women who have expressed their heartache over their miscarriages and ectopic pregnancies. Some wrote about how devastating their pregnancy loss was, while others wrote messages focused on increasing support for women's mental health after a miscarriage.

While only 2% of all pregnancies are ectopic, 10-15% of pregnancies end in miscarriage—it's no surprise that a loss of a pregnancy can have such a strong impact on a woman's mental health.

"Having a miscarriage can be a lasting mental health impact on someone for so many reasons," says Christine Greves, MD, an ob-gyn at Orlando Health Winnie Palmer Hospital for Women and Babies, in Orlando, Florida. "Physically, their uterus was pregnant and did not carry the pregnancy to term. Maybe they had surgery or maybe not; there may have been pain involved and likely some bleeding."

Dr. Greves explains that in addition to physical pain, which can include nausea or vomiting, pain in the abdomen, and uterine contractions, it can be a devastating blow to any excitement that would come with learning about a pregnancy in the first place.

"Regardless of whether or not it was planned, finding out that you were pregnant may start one thinking more and more about the future, dream, etc.," says Dr. Greves. "Having a miscarriage can feel like a rug being pulled from under you. That can sometimes have lasting effects, which can trickle into other areas of life as well."

Dr. Greves says that it's important for women who experience a miscarriage to try and stay positive and lean on their support systems in times of need.

"My advice to women who have had a miscarriage is to hold on to hope and keep your doctor and loved ones involved," says Dr. Greves. "Know that you are not alone." 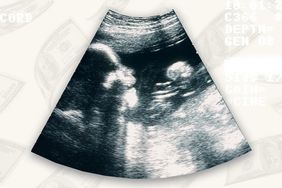