A plastic bag substituted for her mother's womb and helped keep her alive.

Amina Maizer celebrated her first birthday in February—a normal milestone for most babies.

But for Amina and her family, hitting this one-year mark is a miracle. Taylor Dobson, Amina’s mother and a Chicago-based esthetician, gave birth to her daughter four months before her due date. When she came into the world, Amina weighed just one pound, 10 ounces and was kept alive after doctors put her in a plastic bag that mimicked her mother’s womb.

Dobson shared with Health the story of how her healthy pregnancy took a turn for the worse, the months her daughter spent gaining strength in the NICU, and what it was like being the mom of a very fragile preemie.

Until her 18-week checkup at her doctor's office, Dobson says her pregnancy was normal and healthy. But during that appointment, she was told she had an "incompetent cervix," a condition characterized by weak cervical tissue. This could cause her cervix to open and her baby to be born too early.

She was rushed from the doctor’s office to the labor and delivery unit of the hospital, where doctors performed a cervical cerclage, a procedure that stitched her cervix closed with strong sutures to prevent a premature birth.

“I didn’t even really know too much about what that meant for the pregnancy since it was my first time,” remembers Dobson, 24.

Following the procedure, doctors told Dobson to lay low in order to prevent any other complications.

“I had to be on bed rest and I wasn’t able to do much of anything,” says Dobson. “I had to be in a wheelchair and my doctors said I really shouldn’t do much besides just get up and go to the bathroom." Despite these limitations and the anxiety she developed, "I knew it was what I needed to do for Amina, so I did it,” she adds.

A few weeks later, though, Dobson woke up with contractions. he called her doctor, who told to go to the hospital immediately, where the contractions continued.

“They put me on a magnesium drip for 24 hours, but it just wasn’t working,” recalls Dobson. “I was getting contractions all night long. They started at seven minutes, moved to five, then two, and I realized I was just going to have her. They couldn’t stop it."

When her doctors arrived in the morning, “they were both just shocked,” she says. “They were like, ‘We have to get her out right now.’ She was literally pushing her way through.”

Dobson was told that she had developed an unrelated infection, and that if she didn’t have an emergency C-section right away, Amina would be at risk for developing it, too.

6 Things to Know About Jaundice in Newborns

“I had an unusually high white blood cell count, and the doctors told me I had an infection that we didn’t know the cause of,” says Dobson. “If Amina got it, she would have been too small to fight it.”

When doctors pulled Amina out during the C-section, she wasn’t making any sounds.

“They immediately took her away from me and put her on a bunch of wires, monitors, and tubes,” she recalls. The doctors placed Amina in a freezer-style plastic bag, which mimicked the womb and kept her warm. She was then moved to the NICU, where she was placed in an incubator and watched around the clock.

Doctors discovered that Amina had was born with patent ductus arteriosus, or PDA, a congenital heart defect that prevented one of her heart valves from closing properly. She also suffered from brain bleeding because of her premature birth.

But despite her tiny body and the conditions she was born with, this strong newborn fought to live.

When I finally saw her, it wasn’t like anything I could have imagined,” says Dobson. “I mean, she was so tiny. She was literally the size of my palm. When I would take pictures of her with my iPhone, my iPhone was literally bigger than her.”

After three days, Dobson was finally able to have skin-to-skin contact with Amina, which doctors told her was crucial step that helps preemies heal.

“At the beginning it was scary. They told me, basically, ‘don’t get your hopes up,’ because she was born at 24 weeks,” Dobson said. “There was a really high risk of her not making it, or having just so many different problems. I can’t even list them off, they told me there could be so many. It was so overwhelming.”

“I stayed as positive as I could, but I think that going there every day and being there, no matter what, is what helped her the most. She needed me; I was the only person she knew,” says Dobson. As the months progressed in the NICU, Dobson had more physical contact with her daughter, and she was able to breastfeed her, too.

"It was very hard for me," Dobson says of her mental health during Amina's stay in the NICU. "I kept a positive outlook and prayed every single day and knew that she would be OK. It was like God kept me mentally OK because he knew I had to be strong for Amina."

"If I was stressed out or not taking care of myself, it would have made it very difficult," she says, of the months in the NICU. "Leaving the hospital everyday was the hardest part. Sometimes I would just sit there and cry for hours because I just wanted to be next to her. Just being apart from her felt so wrong, but I had to. The amount of resilience and strength Amina showed and continues to is what keeps me going, and what kept me having faith."

After 76 days in the hospital, Amina finally came home; her heart defect healed on its own, which is not uncommon with PDA. Since then, this little fighter has thrived. Not only is she strong and healthy, but she’s hitting normal milestones, such as talking.

“She’s almost walking now, and she can say things like ‘mama’ and ‘dada,’" says Dobson. "She is so smart and just has the best personality.”

Dobson says that while it was a tumultuous, nerve-racking year, watching Amina heal and grow into a healthy, happy baby has been the greatest reward.

"Ever since she came home, she's just thrived in every way possible," says Dobson. "It's been amazing. This year went by so fast, when she was in the hospital it felt like forever, but now that she's home it's just flying by. She's so smart and just an absolute miracle."

How a Mom Saved Her Newborn Triplet's Life While Giving Birth to Two Others
Was this page helpful?
Thanks for your feedback!
Tell us why!
Related Articles 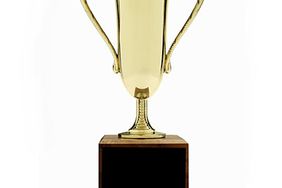 The Yes You Can! Awards