Even before your missed period, you may experience early pregnancy symptoms like nausea, fatigue, and sore breasts.

Sanaz Ghazal, MD, is a double board-certified fertility specialist and the founder and medical director of the innovative fertility clinic RISE Fertility. At RISE Fertility, Dr. Ghazal emphasizes fertility care for all.

Taking a home pregnancy test several days after a missed period is usually a foolproof way to know if you’re pregnant. However, many people swear they notice early signs of pregnancy before getting a positive pregnancy test.

Early pregnancy symptoms vary from one person to another, but you may experience nausea, food aversions, breast tenderness, and mood swings.

Here are the most common early pregnancy signs and symptoms.

If you notice your period is late, that’s often the first sign of pregnancy. However, irregular menstrual cycles, health problems, and stress can also cause a missed or absent period. Taking a home pregnancy test can help determine your pregnancy, but timing is everything.

In order to get a positive home pregnancy test, you must have a certain level of human chorionic gonadotropin (hCG), which is a pregnancy hormone produced by the placenta. Urine tests usually can’t detect hCG levels until a few days after your missed period. Testing too early, when your hCG levels are low, can result in a false-negative result. A blood test for pregnancy can detect hCG levels even sooner, about 6-8 days after ovulation.

Light bleeding and spotting are common in early pregnancy — affecting 15-25% of pregnancies — and usually aren't a problem. It may still be a good idea to tell your healthcare provider if you experience any bleeding during pregnancy.

Feeling exhausted is very common during the first trimester of pregnancy. Don’t be alarmed if you may need a midday nap.

During early pregnancy, your body goes through intense hormonal and physiological changes. Pregnancy fatigue can range from mild to severe, and it can sometimes be a sign of thyroid issues or anemia. If you are experiencing severe fatigue, discuss this with your healthcare provider.

Nausea and vomiting at any time of day, often called morning sickness, are early pregnancy symptoms. A study of 1,508 pregnant people found 80% experienced nausea in the first trimester, and about 35%-40% vomited in early pregnancy.

Hormones are likely to blame for the seasick feeling, specifically quickly rising hCG levels during early pregnancy. Once levels of hCG level out by the beginning of the second trimester, nausea and vomiting tend to subside.

Before a positive pregnancy test, some people notice their breasts and nipples look larger or feel sore. Anything touching your breasts, like a bra, may cause discomfort. You may also see darker or wider areolas (the area around your nipples) and darker veins on your breasts. This happens because hormones like progesterone cause your mammary glands to begin growing early in pregnancy. Your breasts change in preparation for breastfeeding.

Early pregnancy may make you crave foods you don't normally eat, or suddenly find your favorite foods repulsive. Between 50%-90% of pregnant people experience food cravings, with most experiencing at least one craving by the end of the first trimester.

You could be pregnant if you suddenly have a heightened sense of smell. Research shows pregnant people are more sensitive to smells like perfume, cooking odors, spoiled food, cigarette smoke, spices, and coffee. These smells may be completely intolerable, too.

Experts aren't sure what causes changes to the olfactory system during pregnancy, but it's quite prevalent. Super smell may also be why pregnant folks are more prone to nausea and food aversion.

In early pregnancy, some pregnant people report feeling a "fluttery" movement in their uterus, uterine twinges, or uterine tingles. It’s too soon for quickening (the first fetal movements), but you may feel abdominal aches as your uterus starts to expand.

If these sensations are mild, there’s usually nothing to be concerned about. However, if your pain is intense, and accompanied by bleeding or other usual symptoms such as fever, you should contact your healthcare provider right away.

It’s not a baby bump yet, but you might notice you’re constipated and bloated early in pregnancy. When you’re newly pregnant, hormonal changes can slow digestion and relax your bowel muscles. This can lead to constipation, gas, and bloating. People who are already prone to constipation might find that pregnancy makes it worse.

It's common to experience intense emotions and mood swings in early pregnancy. This may be because of changing hormones or your emotional reaction to the possibility of pregnancy.

It's normal to experience a whole array of physical and emotional symptoms during early pregnancy, and some can be intense. However, if you’re concerned about your symptoms, whether you’ve confirmed you’re pregnant or not, contact your healthcare provider.

Each person will experience early pregnancy a little differently, and you may experience symptoms like nausea and fatigue before you get a positive pregnancy test. However, not having early symptoms doesn't mean anything is wrong with your pregnancy. Some people go through early pregnancy with few discomforts. It's also common to have strong and unexpected feelings about being pregnant, whether you want to be pregnant or not.

If you have any questions or concerns about being pregnant, pregnancy symptoms, or anything else that is going on with your body, contact your healthcare provider. They can offer support and confirm if you’re pregnant with a blood test and ultrasound. 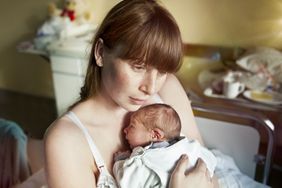 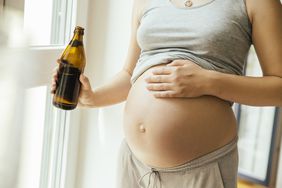 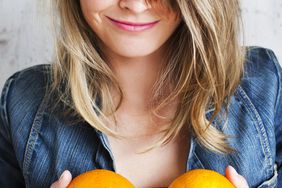