Nursing isn't only about happy babies and serene mothers.

Ah, breastfeeding: an effortless, beautiful activity between a happy baby and a serene mother. At least, that's how most ads depict it. But not this one that aired during the Golden Globes. From sore nipples to clogged milk ducts, the ad got real about the challenges (and many, many questions) that come with breastfeeding and lactating.

For 30 seconds, viewers get a peek into some of the thoughts that really go through new moms' heads as they try to nurse or pump: "Is it too early to call a lactation consultant? Do I love my baby? Am I a bad mom if I stop now? Good moms should know how to do this. I'm so tired. What even is enough milk?"

Does Breast Milk Actually Have Healing Powers? I Put Mine to the Test

The ad was created by parenting products company Frida, and it spreads the word about the brand's new line of breast care products for mothers, Frida Mom. (The line includes a lactation massager, postpartum gummies for lactation, and breast warmers.)

"Whether starting or stopping, breastfeeding is an emotional and physical journey full of highs and lows that many new moms are unprepared for," the company stated alongside its original full-length video on YouTube. "We're lifting the veil on the challenges new moms (and their breasts) face as they DIY their way through lactation woes—from massaging out clogged ducts with an electric toothbrush to slowing the flow with cabbage leaves. Enough is enough. It's time to care for your breasts, not just your baby."

It's World Breastfeeding Week, and These 8 Women Took To Social Media To Show the Benefits for Moms and Babies

The ad that aired on NBC during the Golden Globes was a shorter version of the original ad, edited so no nipples were shown. Instead, NBC aired parts of the video with nipples covered by a feeding baby or a breast pump. (That's an improvement from when ABC actually rejected a Frida Mom commercial about the postpartum recovery period for being "too graphic with partial nudity and product demonstration.")

Many viewers took their praise to social media. "That Frida Mom commercial was EVERYTHING! Thank you for showing such accurate depictions of Motherhood," one person tweeted. "HELL YES on that breastfeeding commercial! I was ALWAYS the mom with an [minuscule] amount of milk in a bottle! It's NOT as easy as [so] many moms make it look!" another shared.

The CDC wants to see the percentages increase, though. By 2030, the CDC hopes that 54 percent of infants will still be nursing at the one-year mark. But this might be hard to achieve: One study published in the journal Pediatrics found that 60 percent of moms don't breastfeed for as long as they intend to, often due to factors like issues with lactation and latching, as well as the effort associated with pumping milk.

"The reality is that women are blindsided by the physicality of breastfeeding—raw nipples, uterine contractions, painful clogs—no one tells you that it can be as painful as your vaginal recovery. It's all part of the postpartum physical experience—but it never gets any air time because the end supposedly justifies the means. The two don't have to be mutually exclusive."

8 Possible Ways Your Body Might Permanently Change After Pregnancy
Was this page helpful? 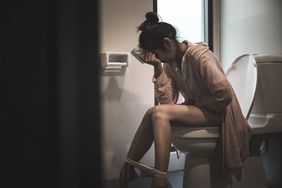 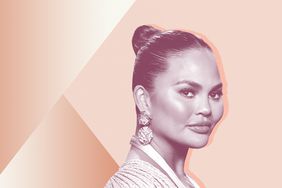 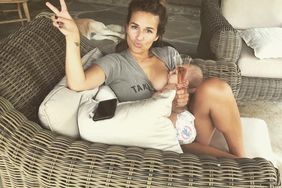 What Happens to Your Period After Pregnancy 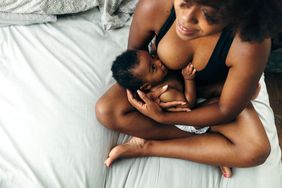