"This is the face of my greatest strength."

Ashley Graham, who welcomed her first child, Isaac Menelik Giovanni Ervin with Justin Ervin in January, decided to honor her first International Women's Day as a mother by sharing an intimate photo of herself in the midst of labor—and the accompanying message is so important.

"This is the face of my greatest strength," she wrote. "The greatest pain I’ve ever known and the greatest accomplishment that I’ve ever achieved."

She continued to point out that all women are inherently powerful. "On this International Women’s Day understand that despite whatever pain or trial we have all experienced as women, we are also strong, powerful and capable of accomplishing greatness," she wrote. "Happy International Women’s Day! Let’s all celebrate our, and each other’s strengths today."

While Ashley has been a major force in the body confidence movement ever since she broke into the modeling industry, after announcing her pregnancy and embracing motherhood, she has become an important voice for pregnant women and new mothers. From celebrating her pregnant body to posting intimate breastfeeding photos with inspiring messages—yes, she even shared pumping pics from the backseat of an Uber—she celebrates the highs, lows, and in-betweens of motherhood in her trademark raw and real way.

In February, Graham even shared a photo of her changing her newborn son’s dirty diaper during a shopping trip at a Staples store. "Sh💩t just got real!” she wrote alongside a candid snap of herself wiping her baby boy’s butt, which most parents of the world can unfortunately relate to. “First diaper blow up while running errands with no restroom in sight! Thank God I remembered to put the changing mat in the diaper bag!!!”

And, as a follow up to her highly publicized baby bump snap, taken just days after her pregnancy announcement, Graham recently gave her followers a glimpse of her post-pregnancy belly. "Same me. Few new stories," she wrote, captioning the image of her bare stomach, showing off the stretch marks (aka, "warrior markings" as some fans called them) after giving birth. 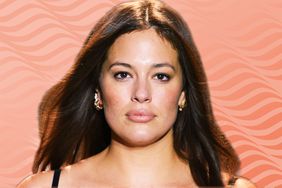 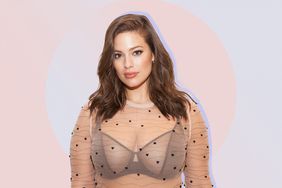