It's left her feeling "really run down and emotional" for one—and that's totally normal.

Amy Schumer gave birth to her son Gene Attell Fischer eight months ago, and now she and her husband Chris Fischer are making plans to give their son a sibling.

In a new Instagram post shared Thursday, Schumer revealed that she's currently undergoing in vitro fertilization (IVF), and is struggling a bit. "I'm a week into IVF and feeling really run down and emotional," she wrote, captioning a photo of her stomach, showing her C-section scar and bruises, likely from IVF.

Schumer, 38, also asked for advice from those who had been through similar situations. "If anyone went through it and if you have any advice or wouldn't mind sharing your experience with me please do," she wrote. "My number is in my bio."

Throughout her first pregnancy with Gene, Schumer was vocal about just how difficult the experience was—especially after being diagnosed with hyperemesis gravidarum, a severe form of morning sickness that led to her hospitalization. "I have hyperemesis and it blows," she wrote in a previous Instagram post from a hospital bed. "Very lucky to be pregnant but this is some bullshit!"

While Schumer didn't go into specifics about her current IVF cycle, she shared that she is freezing her eggs and "figuring out what to do to give Gene a sibling."

Amy Schumer Was Hospitalized With Hyperemesis Gravidarum. Here's What This Severe Morning Sickness Is Like

What exactly is IVF?

In vitro fertilization is a type of assisted reproductive technology (ART), according to Planned Parenthood—and it's a practice that allows sperm to fertilize an egg outside of the body ("in vitro" means "outside of the body" and "fertilization" occurs when a sperm attaches to and enters an egg). IVF is mainly used for women who have experienced fertility issues, including endometriosis, which Schumer says caused her "brutal" C-section.

As far as the process of IVF goes, it's a lengthy one: There are five basic steps to IVF, per the US National Library of Medicine: stimulation, egg retrieval, insemination and fertilization, embryo culture, and embryo transfer.

In Schumer's case, she's currently in the simulation or first phase, which can also be called "super ovulation." During this phase, the person takes fertility drugs (typically in shot form, injected into the butt, lower abdomen, or upper thigh area) in order to boost egg production.

9 Things to Know If You’re Thinking About IVF

Those drugs, like most medications, can cause side effects, including bloating, cramping, breast tenderness, and bruising from shots, among other things, per Planned Parenthood.

Once the body has produced enough mature eggs, it's time for step two: egg retrieval. In order to remove the mature eggs from a woman's body, doctors must perform minor surgery, called follicular aspiration, to collect the eggs through a thin needle inserted through the woman's vagina and into each ovary. (Don't freak: medications are used so the procedure is painless.)

From there, sperm is introduced to the best quality eggs in Petri dishes—that mixing is called insemination, and will hopefully lead to fertilization. In some cases, doctors may even inject sperm directly into the egg, in a process called intracytoplasmic sperm injection (ICSI).

When a fertilized egg finally divides, it becomes an embryo (that's step four: embryo culture)—and once that embryo is considered normal (aka, when it has several dividing cells after five days), it can be implanted into a woman's womb—about three to five days after egg retrieval and fertilization. If that embryo implants and begins to grow in the woman's womb, voila, it's a pregnancy.

While it's still early in Schumer's IVF journey, one thing's for sure: It seems like she'll definitely keep her fans updated on her progress. Here's to hoping her pregnancy journey this time involves a little less vomit than her last—for Schumer's sake. 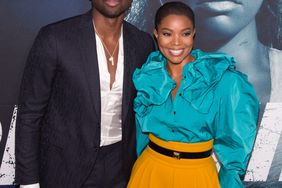 8 Facts About Having a Baby With a Surrogate 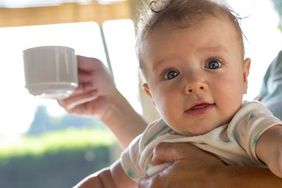