In an open and honest move, singer and mom Kimberly Henderson posted a picture on Facebook with her shirt pulled up, showing her flat stomach with loose skin.

Pop out four babies, and you wouldn’t expect to be showered in compliments like “Oh my gosh, you have the perfect body.” But that’s what happened to Kimberly Henderson, 26, a mother of four, after she recently became Internet-famous for her super-sweet and viral lullaby cover of Whitney Houston’s “How Will I Know.”

So in an open and honest move, the mom from Sumter, South Carolina, posted a picture on Facebook with her shirt pulled up, showing her flat stomach in all its loose-skinned glory, proving that we all have flaws—and we're probably better for them.

In her photo caption, Henderson writes:

"Everyone always compliments me on how I have such a "perfect" body after 4 kids. I decided to upload this pic and leave my belly "unedited" "unphotoshopped" because I used to struggle with accepting my body after kids. I used to have a six pack before my babies.. And now even though I work out I know its not going to make my loose skin tight.. Or my stretch marks disappear ever lol and I'm ok with that because everyday I get to wake up to 4 beautiful smiling faces and I'm reminded that they are worth this flabby belly and they are worth these stretch marks. I still wear a bikini because being a mother makes me feel beautiful.. Not having a flat tummy."

Henderson goes on to acknowledge that she didn't always feel this way: "It took a long time to get there.. Because I struggled so much with my body. I struggled so much because I was young and all these girls my age had perfect bodies and I was in my one piece bathing suit trying to hide all my flaws."

This Model’s Post-Birth Abs Are Blowing People Away

What makes her caption so refreshing is not only her sense of body acceptance, but her effort to show that that yes, you can exercise and be a healthy person, but it doesn’t mean that your abs are going to look like those of a fitness model. And that's okay. (The heart-warming part about waking up to four beautiful smiling faces is pretty amazing, too.)

We’re all for this trend of moms showing off what they look like with pride, from mother-of-three Rachel Hollis, who posted a Facebook picture of herself on the beach in a bikini—and belly pooch to boot—back in March, to Hilaria Baldwin, who Instagrammed her belly just 48 hours after birth. Henderson is a fan of the growing movement, too. Further along in her post she writes:

"I'm not trying to say I have it worse than anyone else or bad or anything like that just reminding you guys.. That your body is beautiful... BECAUSE we ARE moms and we ARE superheroes and we freakin ROCK and in my opinion that is sexier than any 6 pack!"

10 Reasons Your Belly Fat Isn't Going Away
Was this page helpful?
Thanks for your feedback!
Tell us why!
Related Articles 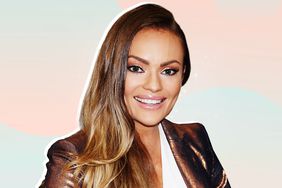 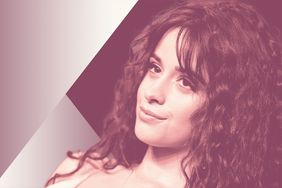