As women age, their fertility declines as the number and quality of the eggs in the ovaries lessen. Women also experience menopause—usually around 51—when they stop having regular periods. According to research, it is unlikely that a spontaneous birth will happen after menopause.

If your parents have ever dropped a hint to you about your ticking biological clock, then we have the perfect comeback for you: “Actually, Mom, women are having babies in their seventies now.”

Or, sort of, anyway.

Daljinder Kaur, a woman in India who’s thought to be in her early 70s, recently became a first-time mom when she gave birth to a son named Arman on April 19, according to CBS News. Kaur used in-vitro fertilization (IVF) and, after two failed attempts, successfully became pregnant on the third try.

During IVF, a woman’s egg is fertilized with a man’s sperm outside of the body. Eventually, the embryo is placed inside the woman's womb in the hopes that she'll become pregnant.

It’s unclear whether Kaur used donor eggs or not. (The Guardian says yes, while another report on Yahoo from the Agence France Presse said the fertility center wouldn’t comment on her procedure, as that would be unethical.)

Since she is presumably long past the onset of menopause, which is when the menstrual cycle ends, it seems likely that Kaur used an egg donated by a younger woman. Mary Jane Minkin, MD, a clinical professor at Yale University School of Medicine, says it’s almost certain that the mother did. “We don’t like to say anything is impossible in medicine, but I would think that it’s extremely unlikely those were her eggs,” she says.

One clue, our fertility gradually declines as we get older—it takes a dip at age 32, then another rapid one at age 37. This is because women only have a finite amount of eggs—we’re born with about one to two million and lose them gradually, according to the American Congress of Obstetricians and Gynecologists (ACOG). In fact, by age 37, women usually only have about 25,000 eggs left, and by the time we're 51 (the average age menopause begins), we're down to about 1,000.

Some women who are dealing with infertility might be able to undergo assisted reproductive technology (like IVF) to boost their odds of getting pregnant, but only about 5% of all ART cycles are done in women over the age of 44, according to a 2013 report from the CDC.

Plus, many fertility centers in the United States set age limits—if you’re in your mid-40s or 50s, you may not be able to undergo treatment at certain centers, says Dr. Minkin.

But when women over the age of 44 do undergo assisted reproductive technology, about 73% of them use donor eggs because the chances of success are higher. Since donors are usually women in their 20s and 30s, this can increase a woman’s odds of having a successful pregnancy. In fact, that report states that more than 50% of women who use embryos from donor eggs are able to give birth successfully—a statistic that held true for “women of almost all ages.”

But how about age 70? Well, that’s a stretch. Kaur might be one of the oldest women on Earth to give birth. “Yes, the success rate of donor eggs is indeed quite high,” says Dr. Minkin, “but…there is some data to suggest that substantially older women, because of decreased blood flow to their uterus, may have a tougher time conceiving—part of the reason many clinics do have an upper age limit.”

Plus, being pregnant can take its physical toll. “The amount of blood that’s circulating through your body increases when you’re pregnant,” says Minkin. “If you’re older, your heart might not be able to handle that stress.” Some experts have raised ethical concerns about pregnancy so late in life—the baby's father is reported to be age 79.

And according to the ACOG, even women over the age of 35 can be more likely to develop high blood pressure during their pregnancy and, as they get older, diabetes or gestational diabetes, too.

Still, if you’re in your 40s and are considering having a baby, you aren’t alone.

As for Kaur? She’s doing well. "I feel blessed to be able to hold my own baby,” she said. 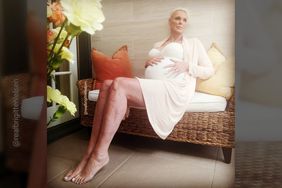 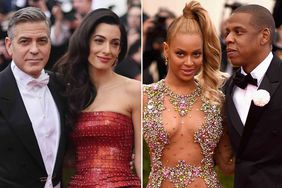