These days, celebrities aren't exactly shy when it comes to flaunting their mommy-to-be status. That became abundantly clear recently, when a pregnant Alicia Keys posted a nude photo of herself—with a peace sign painted on her tummy—to Twitter.

Attention: Baby on board!

Let’s face it: these days, celebrities aren’t exactly shy when it comes to flaunting their mommy-to-be status. That became abundantly clear a few days ago, when a pregnant Alicia Keys posted a nude photo of herself—with a peace sign painted on her tummy—to Twitter.

She’s not the only one who has embraced a "go-with-the-show” mentality. A few months ago, Kelly Rowland let it (almost) all hang out on an L.A. street, sporting a ripped Marilyn Monroe tee.

Of course, some stars are a little more discreet. Mila Kunis—who’s due any day now—put her itty-bitty bump on display early in her pregnancy, sporting a crocheted top and some very cool arm candy, in the form of expectant dad and fiancé Ashton Kutcher.

Meanwhile, Nashville star Hayden Panettiere provided a peek at her tummy while on a summer vacay in Italy.

Even the red carpet has had its share of revealing moments. At the Screen Actors Guild Awards this past January, Scandal star Kerry Washington displayed a provocative glimpse of belly, along with a playful attitude, rocking a hot pink Prada crop top. Washington, who gave birth to daughter Isabelle three months later, explained: “I don’t have anything to hide anymore, so I’m having a little fun tonight.” 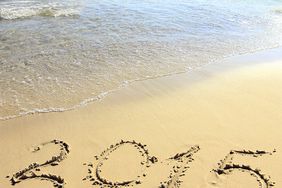 Are Pregnant Women Immunocompromised? Here's What Doctors Say—and What It Means in Terms of COVID-19 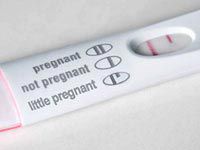