Genetic markers for Parkinson’s disease can run in families, but it’s rare to inherit it.

When people are diagnosed with Parkinson's disease, they often want to know if it's hereditary. Can their kids get it? Are their grandchildren at risk? Well, the answer is complicated.

"Most of the time, we don't know what is really causing the disease in people," Irene Litvan, MD, director of the Movement Disorders Center at the University of California in San Diego, told Health.

As it turns out, according to the Johns Hopkins Medicine Health Library, approximately 15% of people with Parkinson's disease have some family history of the condition. Still, the genetic component remains poorly understood.

Here's what you need to know about the condition and what you should consider if a relative has Parkinson's disease.

What Is Parkinson's Disease?

Parkinson's disease is a brain disorder that causes nerve cells to die. According to the National Institute on Aging, the disease progressively worsens over time, and the cause is unknown. People with Parkinson's disease may experience any of these symptoms:

Just because you have a mutation on a specific gene or a relative with Parkinson's disease does not mean you will develop the disease. Also, according to the National Institute on Aging, a combination of factors (like age and environment), in addition to genetics, contribute to the disease.

Still, each factor's impact on a person varies between cases. Specifically, per the Parkinson's Foundation, genetics is the cause of 10% to 15% of patients who develop the condition.

What Genetic Factors Play a Role?

While there are some genetic markers for Parkinson's disease, they don't guarantee that a person will develop the disease.

A genetic mutation is just one of several risk factors for Parkinson's disease. In fact, most people with Parkinson's disease are unaware of any other family member with the condition, according to the National Human Genome Research Institute (NHGRI).

According to the National Library of Medicine, one of the genetic factors in play is called "causal," meaning the gene itself can bring on the disease. That genetic predisposition to Parkinson's is rare, accounting for less than 2% of Parkinson's disease cases.

Studies have identified one example of a causal link to Parkinson's disease in the SNCA gene. According to the National Library of Medicine, researchers know of at least 30 mutations in that particular gene causing Parkinson's disease, especially in people younger than 50.

The SNCA gene tells the body how to make a protein called alpha-synuclein. When the SNCA gene has a mutation, the body may produce too much of this protein or with an incorrect shape.

Either of those problems can lead to a cluster of proteins called Lewy bodies. Lewy bodies disrupt normal brain functioning and are associated with Parkinson's disease and various other conditions.

"You're susceptible, but you need something else present, as well [to develop the disease]," explained Dr. Litvan. "That could be other genes, or it could be an environmental factor."

An example of an associated Parkinson's disease gene is LRRK2. Mutations in that gene can lead to the loss of neurons, which play a role in helping the brain store memories, according to one article published in 2018 in Current Neuropharmacology.

Research has linked many other genetic mutations to Parkinson's disease, and ongoing research will continue to uncover other markers for the condition.

Should I Get Tested for Genetic Markers for Parkinson's?

At-home genetic tests can determine if you have specific genetic markers for Parkinson's disease. However, Dr. Litvan is cautious about recommending genetic testing for everyone.

That's because most people with the mutations linked to Parkinson's never get the disease. So, you may have a ton of unnecessary stress and worry if your results reveal one of these genetic factors.

Generally speaking, you should consider testing for genetic markers for Parkinson's disease if you have a family history of the disease, mentioned Lynda Nwabuobi, MD, a board-certified neurologist at the Weill Medical College in New York.

By getting tested, people with Parkinson's disease (or with a family history of the condition) can give healthcare providers more information to work with in the grand scheme of medical research—and potentially tee themselves up for access to groundbreaking medicine.

"If you're someone who has, let's say, the GBA gene, and in five years [a treatment] comes out that's specific for patients with that gene, you would want to know, right?" explained Dr. Nwabuobi. "So that's a good reason to get tested."

That said, various factors, including genetics and your environment, contribute to Parkinson's disease.

Most people with genetic mutations associated with Parkinson's disease never develop the disease. So while it can be helpful to be aware of the genetic component in some situations, you don't need to panic if you have one of those mutations.

And keep in mind: Researchers are still learning. They still don't know the exact cause of Parkinson's disease. Even with all the available information, there is still much more to learn.

The Best At-Home DNA Test Kits for Ancestry and Health
Was this page helpful? 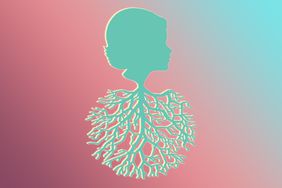 What Is Charcot-Marie-Tooth Disease? Singer Alan Jackson Says He Has It