Hearing loss and epilepsy have been identified as two early signs of Parkinson's disease, according to research published in 2022 in JAMA Neurology. That information and other symptoms seen in the years before a diagnosis may help healthcare providers recognize and treat the disease at earlier stages.

"Our results uncovered novel risk factors and early symptoms: epilepsy and hearing loss," lead study author Cristina Simonet, MD, said in a press release. "It's important that primary care practitioners are aware of these links and understand how early the symptoms of Parkinson's can appear so that patients can get a timely diagnosis."

The study is one of the first from the United Kingdom to look at neurodegenerative disorders in a large, diverse population. Though researchers found neither ethnicity nor socioeconomic status increased the risk of developing Parkinson's disease, the study still provides a more in-depth look at how the disease affects all people, even in the years leading up to diagnosis.

Here's what you should know about how epilepsy and hearing loss may be an early symptom indicating the onset of Parkinson's disease.

Epilepsy and Hearing Loss as Signs of Parkinson's

The goal of the study, conducted by researchers at the Queen Mary University of London, was to investigate risk factors and prediagnostic symptoms in an ethnically diverse population since most Parkinson's disease research has been done in predominantly white, affluent populations.

Scientists analyzed the medical records of over one million people living in East London between 1990 and 2018. The researchers chose East London, specifically, because it offered a highly diverse population with "high socioeconomic deprivation," the study said. In East London, about 45% of residents are Black, South Asian, mixed, or belonging to another ethnic group.

Hearing loss was another finding of the study, occurring up to five years before a diagnosis.

"It's an interesting observation because it's the first time that that has been seen with Parkinson's," Aaron L. Ellenbogen, DO, a neurologist at the Michigan Institute for Neurological Disorders in Farmington Hills, Mich., told Health. "Further exploration is really critical in understanding if it's more than just the observation and if there's truly some underlying mechanism that really links the two together."

Other Early Signs of Parkinson's

Though study authors agree that more research is needed regarding hearing loss and its link to Parkinson's disease, they suggest it's part of the impairment in sensory processing that occurs with the condition. That impairment may manifest in different ways—through sight, hearing, or even sense of smell, researchers said.

In addition to the new potential signs and risk factors, researchers noticed novel trends in well-known symptoms. Tremors—involuntary muscle contractions—were found to show up as many as 10 years before a Parkinson's disease diagnosis, becoming more frequent in the two years leading up to one.

And memory problems, which were the most frequently reported non-motor symptom associated with Parkinson's, could appear up to five years before diagnosis.

"Parkinson's, even though many think of it as a brain disorder, it really affects a number of systems throughout the body," said Dr. Ellenbogen. "It's not simply about motor aspects: It impacts the gastrointestinal system, the genital urinary system, sleep, cognition. And I think that's often lost on people."

Many people with Parkinson’s disease indicate that besides tremors, they experience stiffness, sleep problems, constipation, loss of smell, and restless legs.

However, Dr. Ellenbogen clarified that a symptom or risk factor associated with Parkinson's disease doesn't definitively mean it will cause the disease.

"If a person develops constipation [...], it shouldn't necessarily lead to the [thought] that they're developing Parkinson's disease," said Dr. Ellenbogen, adding that there's a "tremendous number of reasons" why someone can develop constipation that isn't related to Parkinson's.

Other early signs and symptoms of Parkinson's disease include:

There is no official screening test for Parkinson's. Still, the results of the study give hope of being able to detect and ultimately treat people at high risk for Parkinson's disease earlier than normal.

Guy Schwartz, MD, a movement disorders neurologist and co-director of the Parkinson's disease and Movement Disorders Center at Stony Brook Medicine, told Health that people should see a healthcare provider for Parkinson's disease if they experience a combination of symptoms.

Identifying non-motor symptoms, even ones that occurred previously, rather than waiting for motor symptoms could also help with an earlier diagnosis. That's especially because motor symptoms can be very subtle at the beginning of the disease.

"Because slowness of movement is often seen at higher rates in older people, we also run into the problem of differentiating what is normal aging versus what is Parkinson's disease," explained Dr. Ellenbogen.

Some non-motor symptoms of Parkinson's disease include, but aren't limited to:

An internist or primary healthcare provider is usually one of the first to make a diagnosis. People who are showing early symptoms of Parkinson's disease—even subtle signs—should start there and potentially go on to seek further testing and treatment from a movement disorder specialist.

Parkinson's disease is a brain disorder that causes unintended or uncontrollable movements, such as shaking, stiffness, and difficulty with balance and coordination. Research has identified epilepsy and hearing loss as two early signs of Parkinson's disease.

Because there are currently no blood or laboratory tests to diagnose non-genetic cases of Parkinson's disease, a healthcare provider must consider the symptoms a person is presenting with. 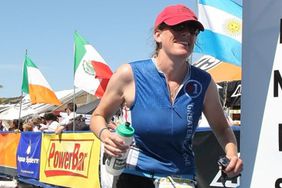