Ovarian cancer is a type of cancer that starts in the ovaries.

If you're a person with ovaries, you might not give these almond-shaped reproductive glands much thought, unless you're trying to get pregnant (or trying not to get pregnant)—or if you happen to be among the more than 21,000 Americans newly diagnosed with ovarian cancer each year.

Ovarian cancer, or cancer of the ovaries, may cause no symptoms at all, especially early in the disease. Abdominal pain, bloating, and other symptoms can occur, but may be mistaken for other conditions.

The annual rate of new ovarian cancer cases in the US has steadily declined since the mid-1980s. The annual death rate has dipped, too, reflecting the lower incidence of cases and better treatments. Overall, it ranks as the fifth leading cause of cancer deaths in people assigned female at birth. While it remains difficult to catch early—about 20% of these cancers are detected before they spread to other parts of the body—there are treatments that can help.

The term ovarian cancer actually refers to a group of cancers that affect the ovaries. These cancers begin when abnormal cells clump together to form a tumor on the surface of the ovary or within the ovary itself. Ovarian cancer can affect one or both ovaries and may spread to other parts of the body.

Scientists used to think ovarian cancer originated in the ovaries (which are situated deep within the abdomen on either side of the uterus). Now there's evidence that some of these cancers may start in the cells lining the fallopian tubes (the ducts that ferry eggs to the uterus) or in the membrane lining the abdominal cavity and covering the abdominal organs (called the peritoneum). 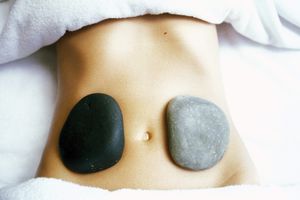 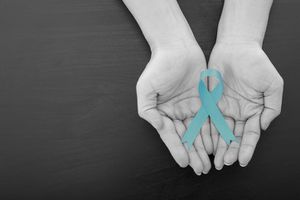 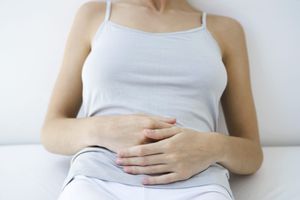 Ovarian cancers—there are more than 30 kinds in all—differ by the type of cell involved. There are three main types of ovarian tumors:

Epithelial. This is the most common type of tumor, accounting for 90% of ovarian cancers. These tumors occur when epithelial cells covering the outer surface of the ovaries mutate and divide. This category includes tumors that begin in the fallopian tubes and peritoneum (the membrane that lines the abdominal cavity and covers the abdominal organs).

Germ cell. The ovary's egg-producing cells are responsible for these tumors, which usually affect one ovary. Girls and young women are more likely to develop germ cell tumors.

Stromal cell. These cells form the connective tissue that gives each ovary its structure. Stomal cells also produce the hormones estrogen and progesterone. More than half of ovarian stromal cell tumors are found in women over 50; about 5% occur in young girls.

Ovarian cancer is difficult to catch early in the course of the disease, because symptoms are either vague or nonexistent. As the cancer becomes more advanced, women may notice certain abnormal, persistent changes. Common signs include:

Always see your doctor about symptoms that last a couple weeks or longer or become more severe. 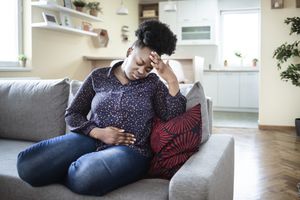 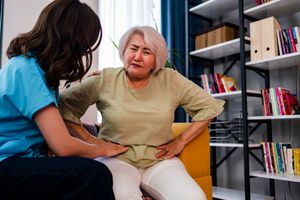 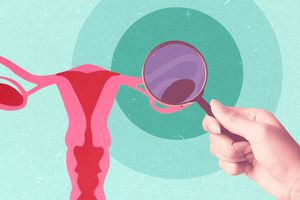 Cancer of the ovaries isn't something anyone ever anticipates. The exact cause isn't known, but genetic, environmental, and immunologic factors likely play a role. Scientists have identified several variables that may increase a woman's chance of developing ovarian cancer. Risk factors include:

Note: Having a risk factor does not mean you're destined to develop this cancer.

There's no reliable test to screen for ovarian cancer at this time. If you have symptoms, your doctor will perform a pelvic exam and order imaging tests to look for a tumor and other signs of cancer. You might have a blood test to check levels of a protein called CA-125, which can be elevated in women with ovarian cancer.

Staging is a key part of the diagnostic process. Tissue removed during surgery will be examined to determine its stage, meaning the extent of the cancer and how best to treat it. (When surgery isn't immediately possible, a pelvic exam, imaging tests, and biopsy results are used to determine the stage.) Staging is based on these three factors:

Tumor size (T): Is it isolated to the ovary or fallopian tube? Has it invaded the uterus?
Lymph nodes (N): What's the extent of lymph node involvement?
Metastasis (M): Has it spread to the fluid around the lungs or other organs?

With that information, a person's ovarian cancer can be assigned to one of four stages: 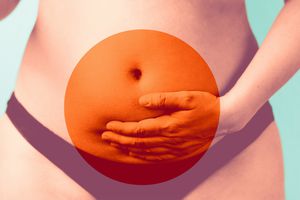 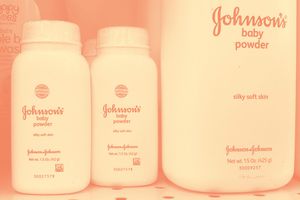 Each person's treatment is tailored to the type of cancer (epithelial, germ cell, or stromal), its stage, and other considerations (such as fertility-sparing options for younger women). The main treatment options include:

Surgery: This is the main treatment for most ovarian cancers. Surgical options include hysterectomy (removal of the uterus and sometime the cervix), procedures to remove one or both ovaries and fallopian tubes, and excision of nearby tissue.

Chemotherapy: Chemo is often delivered after surgery to kill off any remaining cancer cells. Specific regimens vary depending on the type and stage of cancer.

Radiation therapy: This treatment is mostly used for cancer that has spread to other parts of the body. One option, which involves delivering radioactive liquid into the abdomen via a thin tube, is being studied for advanced ovarian cancer.

There's no surefire way to ward off ovarian cancer. But there are things that may reduce your risk of developing it. These behaviors and risk factors are associated with a lower risk of ovarian cancer: