Obsessive-compulsive disorder may be diagnosed if your obsessions or compulsions take up more than an hour of your day.

Elizabeth Narins
Elizabeth Narins is a freelance writer and content strategist with more than a decade of experience. She's held staff positions at Women's Health and Cosmopolitan, and was previously the senior director of digital content and social media at WW (formerly Weight Watchers).
health's editorial guidelines
Medically reviewed by
Michael MacIntyre, MD

Obsessive-compulsive disorder (OCD) is a mental health disorder characterized by repeated, uncontrollable thoughts and actions that interfere with daily life.¹ The intrusive thoughts are known as obsessions. The behaviors performed to reduce anxiety from those obsessions are called compulsions. Obsessions and compulsions can be different for each person. There is also a range of symptom severity—from mild OCD symptoms to severe.²

Someone with OCD might have obsessions, compulsions, or both. A cornerstone of the diagnosis is interference with daily life. This can mean that the obsessions or compulsions take up a lot of your time—at least an hour a day—or that they affect aspects of your life such as work, school, relationships.²

Repetitive thoughts, urges, or mental images that trigger anxiety all fall under the umbrella of obsessions.³ You may or may not be able to recognize that your obsessions are irrational. Even if you do recognize this, the disorder prevents you from being able to stop them on your own.²

You might have repeated thoughts of inappropriate, violent, or taboo sexual behavior. This might include thoughts of you acting sexually inappropriate toward others, including children and family members, and animals.⁵

You might be excessively concerned over right or wrong and what the consequences of doing wrong will be.² You might also be overly concerned with offending God or being blasphemous.⁴

You might have the need to constantly do things in a particular order.² Things might need to be perceived as being even, perfect, exact, symmetrical, or correctly aligned.⁴'⁶

You might consider certain numbers or colors "bad" and fear them because of it.²

You might fear causing something horrible to happen. You might also worry about harming others because you were not careful enough in your actions. Specifically, you might fear acting on impulse and the consequences of it.²

You could have a fear of making mistakes or an obsessive concern over correctness. If something is incorrect or incomplete, you might worry how it will affect other people.²

People with OCD may perform compulsions. Compulsions are repetitive behaviors or mental rituals meant to ease the anxiety stemming from an obsession. Over time, the compulsions become an automatic response to the obsession. Not being able to perform the compulsion would cause distress.⁵

Whether you're scrubbing your hands or scouring your countertops, if your behavior is excessive or involves particular, meticulous steps, it could qualify as a compulsion. The same goes for efforts made to avoid contact with contaminants, an urge that commonly stems from a fear of germs, making others sick, or of being impure or immoral.

If you feel obliged to make sure you've locked the front door or turned off the oven more than once or twice, your habit could be classified as a compulsion, possibly driven by a fear of getting hurt or being irresponsible.

Repeating certain everyday activities in multiples—like getting out of your chair three times before moving on with your day or tapping on count with the goal of ending on what you consider to be a good, right, or safe number—could qualify as a compulsion, particularly if it is driven by a superstition or the fear of you or someone else getting hurt.

Making sure things are put in a particular way could be in response to an obsession of needing things to be symmetrical and exact.

Particularly if you have religious-based obsessions and think you've acted immorally, you might feel the need to pray as a way of asking for forgiveness. You might also seek out reassurance from others.

Having distressing thoughts or a regular routine is not uncommon. But if you're experiencing obsessions and find yourself performing compulsive behaviors that take so much time that they interfere with your daily activities, consider bringing it up with a healthcare provider.⁷ You might also want to seek help if you are avoiding certain situations as to not trigger symptoms.²

To determine whether they should perform further diagnostic steps for OCD, the provider might ask you questions like:²

If you answer "yes" to answer any of these questions and have distress over the symptom, the provider might suspect OCD and order further evaluation. If OCD is ultimately diagnosed, they can develop a treatment plan to help you cope with your OCD symptoms based on severity—whether they are mild, moderate, or severe.²

A practitioner might also prescribe a selective serotonin reuptake inhibitor, or SSRI. The drug can take two to three months to work, but it's aim is to eventually reduce symptoms.³

OCD is a mental health condition that is characterized by obsessions, compulsions, or both. Obsessions are repeated thoughts, urges, or mental images that cause anxiety. Examples of obsession include the fear of contamination or violence toward others. To provide temporary relief from the anxiety, you might form compulsions. Compulsions are repeated behaviors and can include cleaning, checking, and or counting.

OCD causes distress and affects everyday life, with the thoughts or actions taking up more than an hour of your day.

If you're concerned that obsessions or compulsions are getting in the way of you living your best life, talk to a healthcare professional. They can ask you questions about your symptoms and figure out whether further evaluation is needed. If diagnosed, OCD can be managed with therapy, medication, or a combination of the two. 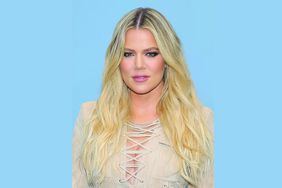 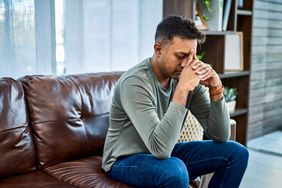