MONDAY, December 5, 2011 (Health.com) — Men who carry around a few extra pounds may be able to offset the health risks of being overweight by staying—or getting—in shape, even if they don't manage to shed those pounds, a new study suggests.

"Fitness over time may be more important than fatness, when it comes to survival," says Marc Gillinov, MD, a heart surgeon at the Cleveland Clinic, in Ohio, who was not involved in the study. "But it is a package deal. You have to focus on both."

The study, published today in the American Heart Association journal Circulation, included more than 14,000 men who underwent at least two treadmill-based fitness tests several years apart, and were subsequently tracked for an average of 11 years.

During the follow-up period, the men were up to 39% less likely to die from any cause, including heart disease, if they'd maintained or improved their cardiovascular fitness between the two treadmill tests. And this was true regardless of whether the men gained or lost weight between tests.

On the other hand, men whose fitness levels declined were more likely to die during the study—even if they'd lost weight or stayed the same between the two tests. "Men who lost fitness had a higher risk, even if they maintained their weight," says lead author Duck-Chul Lee, PhD, a physical activity epidemiologist at the University of South Carolina's Arnold School of Public Health, in Columbia.

Lee, however, is quick to point out that men who exercise regularly do not have a license to overindulge. "People need to focus more on maintaining or increasing fitness rather than spending so much energy only on weight loss," he says. "We're not saying that weight is not important."

The study participants underwent at least two thorough medical exams that were spaced, on average, about six years apart. The treadmill test entailed running for about 30 minutes, as the grade and speed increased. Weight changes, meanwhile, were measured using body mass index (BMI), a simple ratio of height to weight.

Roughly 6% of the men died during the remainder of the study. Changes in BMI between the two checkups had no effect on the men's likelihood of dying, once the researchers took into account mitigating factors such as age, family medical history, chronic medical conditions such as high blood pressure and diabetes, behaviors such as smoking, and the men's fitness levels across the two tests.

But as the authors acknowledge, the study participants as a whole were relatively fit and just 10% were obese. It's unclear whether a group of men who are obese or very overweight would produce the same results.

"In the study group, fitness may be more important than BMI," says Dr. Gillinov, who is also a coauthor of the book Heart 411. "But it is dangerous to generalize."

Some experts have questioned whether BMI provides an accurate picture of health, since people who are very muscular can have a high BMI without having excess fat. As Dr. Gillinov puts it, "LeBron James has a high BMI."

But Lee and his colleagues took this possibility into account by also measuring body fat percentage in most of the men. Body fat was closely related to BMI, the researchers found, and as with BMI, changes in body fat had no apparent effect on the risk of dying later in the study.

Ninety-five percent of the men in the study were white, and the majority were middle-class college grads, so the findings don't necessarily apply to nonwhite men or those from different social and economic backgrounds. This is a major shortcoming of the study, says Karol Watson, MD, a cardiologist and associate professor at UCLA's David Geffen School of Medicine, in Los Angeles.

"Much of the patient population that needs to hear the message the most [was] not included in this study," Dr. Watson says. "We know there are huge differences in outcomes between racial and ethnic groups, and we need to study those populations to make recommendations for those populations." 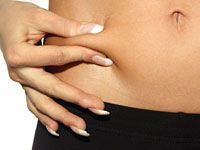 The Best Way to Measure Fat 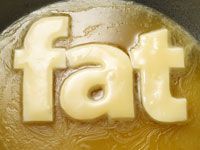 19 New Reasons to Keep Fat Off

Black Patients Are Less Likely to Receive a Timely Dementia Diagnosis, Despite Having the Highest Risk
How Often Should You Weigh Yourself, If At All? 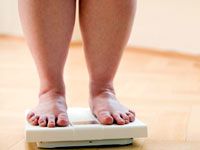 Study: Obesity Rate May Be Worse Than We Think 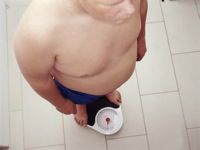 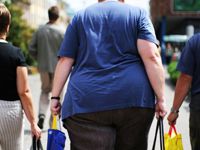 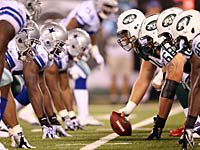