Head tingling can happen from sights and sounds, but only some people seem to experience it.

Have you felt a tingling sensation in your scalp in response to certain sights and sounds? It's called autonomous sensory meridian response (ASMR), and if you haven't personally experienced the pleasant and calming feeling that it can elicit, the concept of it may seem strange.

Some people can provoke the sensation by watching ASMR videos or listening to ASMR audio for the deeply calming, brain-tingling feeling that it produces, typically starting in the scalp, back of the neck, or upper spine. Some say the feeling cascades down their spine to their limbs. They say it helps them relax and fall asleep, while others find ASMR irritating.

How Does ASMR Work?

You may experience ASMR from sound and visual cues such as "whispering, soft-speaking, tapping, scratching, slow and expert hand movements and close personal attention," according to a 2018 paper published in the journal PLoS One.

Real-life experiences, such as having your hair shampooed and styled, can set off brain tingles. But even watching videos with certain sounds and visuals or listening to specific audio can trigger an ASMR response in some people.

So why do only some people experience ASMR? Is it the release of mood-enhancing brain chemicals? Or could it be something more primitive, like a hardwired reaction to pleasurable sensations?

In a 2018 study published in Bioimpacts, the brain activity of people experiencing ASMR was measured. Research showed that areas of the brain associated with reward and emotional arousal "showed significant activation." The activity was similar to "patterns previously observed in musical frisson," a psychophysiological response or the goosebumps you get when you hear a piece of music that moves you. (Frisson is a French word for shiver.)

The areas of the brain that lit up when a participant experienced tingles were similar to the areas activated when someone is being groomed, cared for, or affectionately interacting with their partner, according to the study.

It's unclear how many people experience ASMR: as of May 2022, no one had conducted a nationally representative survey. Nor had researchers defined a "phenotype," or set of traits defining people who get the vibe.

In the PLoS One study, researchers found that watching ASMR videos aroused pleasant feelings, but only in people who self-identified as having ASMR. Moreover, the ASMR group showed significant reductions in heart rate (of more than three beats per minute) versus a control group that did not experience the sensation.

If you haven't yet experienced ASMR, that doesn't necessarily mean you never will. The best way to know is to watch or listen to typical triggers and see how you feel.

What Is an ASMR Video?

The glut of ASMR content on social media spurred a growing interest in the phenomenon. As of May 2022, Reddit had an ASMR community of more than 252,000 members who shared content and experiences. ASMR videos are meant to appeal to a wide range of audiovisual senses because what lulls one person's brain into a blissful state may be a dud for someone else.

Hushed whispers are a top trigger, according to a March 2015 study published in the journal PeerJ. People also respond to crisp sounds, gentle movements, or personal attention via role-playing scenarios, such as a video artist pretending to give you a head massage.

Craig Richard, PhD, professor in the department of biopharmaceutical sciences at Shenandoah University in Winchester, Virginia, is the author of the book Brain Tingles, an ASMR user guide. He recalled experiencing ASMR as a kid coming home after school to watch Bob Ross, host of public television's "The Joy of Painting."

"He would turn my brain to fuzz—this enjoyable, relaxing fuzziness," Richard told Health. The late painter's soothing instructions and wispy brushstrokes have broad appeal in the ASMR community.

Nitin Ahuja, MD, a gastroenterologist and assistant professor of clinical medicine at the University of Pennsylvania, wrote about a specific genre of ASMR videos in which video artists "play doctor." Dr. Ahuja published his paper in the journal JAMA in April 2019.

What Are the Benefits of ASMR?

Researchers have tried to pin down ASMR's origin and potential health benefits. There's evidence that ASMR audio and videos may be helpful, even if you don't experience the tingling effect.

In a May 2022 study published in the journal Experimental Brain Research, researchers found that participants experienced relaxation and lower heart rate while watching an ASMR video, whether they felt the tingling or not. Participants who did experience ASMR also reported decreased feelings of depression.

In a March 2022 study published in the Journal of Affective Disorders, researchers wrote that the "experience of ASMR is associated with increased relaxation and improved mood," especially in participants who experienced the tingling effect and in participants with depression. The authors also noted that ASMR has the potential to alleviate symptoms of insomnia and depression.

Also, a November 2021 study published in the journal Frontiers in Behavioral Neuroscience showed that "ASMR stimulation can produce a pleasant state of relaxation," even if people didn't experience tingling.

ASMR and Other Sensory Conditions

A February 2017 study published in the journal Frontiers in Psychology suggested that ASMR may overlap with synesthesia, an unusual condition that involves hearing colors or textures, for example, or seeing or tasting sounds.

"Brain tingles are subtle, sparkly, and you feel them a little bit more in your head," said Dr. Richard.

And if you are unreasonably annoyed by these videos of people tapping, crinkling, or chewing, there's a perfectly good explanation for that, too. You might have something called misophonia, an extremely negative reaction to certain sights and sounds—the exact opposite of ASMR. 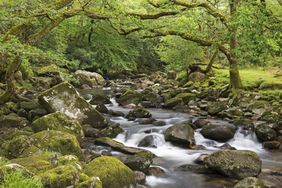