He is now in stable condition.

Basketball player Keyontae Johnson, of the University of Florida Gators, was hospitalized after collapsing on court on Saturday during a game against Florida State, reported CBS Sports. Johnson, 21, was placed in a medically induced coma following his collapse and is now awake and in stable condition, according to a statement from Johnson's parents on Tuesday.

Johnson, along with several of his Gators teammates, was diagnosed with COVID-19 in November. The reason for Johnson's collapse has not yet been disclosed, and it's not known if his collapse had anything to do with his COVID diagnosis.

What is a medically induced coma?

A medically induced coma is a drug-induced state of brain inactivation and unconsciousness. Doctors typically put a person in a medically induced coma using a barbiturate or propofol IV-drip as well as life support machines like a ventilator, Kristina Braly, MD, an anesthesiologist based in Texas, tells Health. The goal is to slow down brain metabolism and functioning to help the patient recover from a serious condition.

"Most people in medically induced comas are intubated on a ventilator to assist in breathing and given medication to sedate them and possibly paralyze them based on how severe their condition is," Mark Pappadakis, DO, an emergency medicine physician at Capital Health Regional Medical Center in Trenton, New Jersey, tells Health.

Why would a person be put in a medically induced coma?

Doctors might place a patient in a medically induced coma so the patient will be inactive for an extended period of time, such as when a person is in severe pain or if their heart is failing, says Dr. Braly. "For example, if a patient is in severe respiratory distress and requires a ventilator for support, they benefit from being in a medically induced coma in order to tolerate the breathing tube," she explains.

Those in a medically induced coma don't feel any pain or consciousness according to Dr. Pappadakis. They are essentially put in an extended period of sleep while in treatment. Patients may not recall anything about the time they were in the coma one they are taken out of it and regain consciousness, but some report having hallucinations or visions.

How long does a medically induced coma last?

The length of a medically induced coma varies from person to person, depending on the severity of their condition. "Some patients can recover very quickly, others can take weeks to months," says Dr. Pappadakis. Those expected to be comatose for weeks or months must have surgery called a tracheostomy. This procedure creates an opening in the neck through which a tube can be inserted to aid in breathing and prevent the dental erosion that can come with extended ventilator use.

What happens after a medically induced coma? 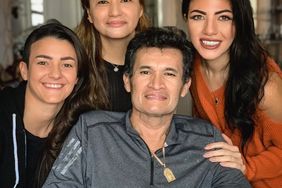