There's currently no cure for the progressive neurodegenerative disease.

Unless you spent the entire summer of 2014 offline, you'll remember the viral Ice Bucket Challenge. Everybody from Oprah Winfrey to Miley Cyrus took the challenge, which involved taking videos of themselves dumping buckets of ice water on their heads, sharing the footage online, and nominating others to do the same. But the most important step was donating to ALS (amyotrophic lateral sclerosis) research.

Now, the Ice Bucket Challenge is back in the news. Patrick Quinn, the co-founder of the challenge, has died at the age of 37 after his own seven-year battle with ALS, a progressive neurodegenerative disease that affects nerve cells in the brain and the spinal cord. (It's also known as Lou Gehrig's disease, named after the famous baseball player who got the illness and retired in 1939 because of it.)

"Pat fought ALS with positivity and bravery and inspired all around him," the ALS Association said in a statement online Sunday. "Those of us who knew him are devastated but grateful for all he did to advance the fight against ALS." The organization revealed that the Ice Bucket Challenge, arguably the biggest social media phenomenon to date, raised $115 million for the ALS Association and more than $220 million around the world for ALS research.

After seeing the challenge on the social media feed of the friends and family of the late Anthony Senerchia, who had ALS, Quinn teamed up with Pete Frates, another ALS sufferer, to promote it to raise awareness of the disease. In 2015, the ALS Association honored Quinn, Frates, and Senerchia as "ALS Heroes" at their annual leadership conference. Senerchia died in 2017, and Frates in 2019.

ALS is a complex disease that's not yet fully understood by researchers and doctors. Here's what you need to know about it, along with why raising awareness for the condition is so important.

ALS is a group of rare neurological diseases that affect the nerve cells (aka, neurons) in your body that control voluntary muscle movements, like chewing, walking, and talking, according to the National Institute of Neurological Disorders and Stroke (NINDS). It's a progressive disease, meaning it gets worse over time, due to the gradual deterioration and death of the motor neurons, or nerve cells that extend from the brain and spinal cord to muscles throughout the body.

The CDC estimated in 2016 that between 14,000 and 15,000 Americans have ALS, per the NINDS. Men are slightly more likely than women to develop the disease, as are Caucasian and non-Hispanic people, and symptoms tend to show up most often between the ages of 55 and 75.

What are the symptoms of ALS?

The disease is often missed in the early stages, because the symptoms are subtle, per the NINDS. Some early signs include muscle cramps or twitches in the arm, leg, shoulder, or tongue; tight and stiff muscles; slurred and nasal speech; and difficulty chewing or swallowing. Over time, these symptoms develop, leading to more noticeable weakness or atrophy (degeneration or shrinkage of muscle or nerve tissue). It's at this point that a doctor might suspect ALS.

The ALS Association notes that the initial symptoms can vary quite significantly between people. For instance, one person might struggle to hold a pen or lift a coffee cup, while another may notice that they're tripping or stumbling more often when they walk or run. "Limb onset" is when symptoms begin in the arms or legs. On the other hand, "bulbar onset" is when people first notice difficulties with speech or swallowing.

No matter where symptoms first appear, muscle weakness and atrophy spread to other areas as the disease progresses.

It's currently unknown what causes ALS, and scientists don't know why some people get ALS, and others don't. But evidence points to a combination of genetics and environmental factors. In 1993, ALS research made a breakthrough when scientists found that mutations in the SOD1 gene were associated with some cases of familial ALS. More research is needed, but there's a growing body of evidence showing that the gene that's instrumental in producing mutant SOD1 protein can become toxic. Plus, many other genetic mutations have been identified in ALS patients. And in 2011, scientists discovered that a defect in the C9ORF72 gene is not only present in some people with ALS but also in some people with a type of frontotemporal dementia (FTD). Most researchers now believe that ALS and some types of FTD are related disorders.

Researchers continue to investigate a possible link between ALS and environmental factors, such as exposure to toxic or infectious agents, diet, viruses, and physical trauma. The NINDS also states that—in addition to other risk factors like age, gender, and race and ethnicity—studies suggest that military veterans are 1.5 to 2 times more likely to develop the disease, possibly due to exposure to lead, pesticides, or other environmental toxins.

What's the prognosis for ALS?

According to the National Institute of Neurological Disorders and Stroke, most people with ALS die from respiratory failure, usually within 3 to 5 years from the first onset of symptoms. About 10 percent of people with ALS survive for 10 years or longer.

How long a person lives with ALS seems to be related to age—people who are younger when the illness starts live slightly longer, says the Centers for Disease Control and Prevention (CDC).

How is ALS treated?

While there's still no cure for ALS, various treatments can help to manage symptoms and make it a little easier to live with the disease. Doctors might prescribe medication, such as riluzole (Rilutek) and edaravone (Radicava), which are both approved by the US Food and Drug Administration (FDA) to treat ALS patients. According to the Muscular Dystrophy Association (MDA), riluzole is the only known drug to have any impact on survival, and edaravone has been found to slow functional deterioration in some patients.

Other medications can be prescribed to manage different symptoms, such as muscle cramps, stiffness, pain, drooling, and what's known as the pseudobulbar effect (involuntary or uncontrollable episodes of crying and/or laughing, or other emotional displays). The MDA says doctors may prescribe the drug dextromethorphan/quinidine (Nuedexta) or antidepressants to treat the pseudobulbar effect.

Managing symptoms and maximizing quality of life are the key goals in an ALS treatment plan. This typically means combining prescribed medication with physical therapy, speech therapy, and nutritional support. When a patient's diaphragm and intercostal muscles (the muscles between the ribs) start to weaken, they might need breathing support, such as noninvasive ventilation (NIV)—breathing support that is usually delivered through a mask over the nose and/or mouth. 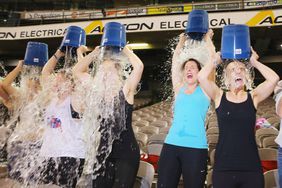 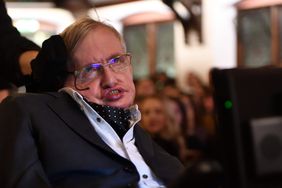