"I'm just not going to subject myself to people that doubt me."

Naomi Osaka has withdrawn from the 2021 French Open after previously announcing that she wouldn't do press at the Grand Slam tournament. Osaka, 23, was originally fined $15,000 and threatened by tournament organizers to be expelled from competition if she didn't take part in press conferences after her matches.

"I think now the best thing for the tournament, the other players and my well-being is that I withdraw so that everyone can get back to focusing on the tennis going on in Paris," the world's No.2 player wrote in a statement posted on Instagram and Twitter. "I never wanted to be a distraction and I accept my timing was not ideal and my message could have been clearer. More importantly, I would never trivialize mental health or use the term lightly."

Osaka went on to share that she has "suffered long bouts of depression" since the US Open in 2018 and that she has had "a really hard time coping with that."

She continued, "anyone that knows me knows I'm introverted, and anyone that has seen me at the tournaments will notice that I'm often wearing headphones as that helps dull my social anxiety." Osaka said that journalists have "always been kind" to her and apologized to any that she may have hurt with her decision not to do press. "I am not a natural public speaker and get huge waves of anxiety before I speak to the world's media," she said. "I get really nervous and find it stressful to always engage and give you the best answers I can."

Osaka also noted that she wrote privately to tournament organizers, apologizing and saying that she would be happy to speak with them after the French Open. She ended on this note: "When the time is right, I really want to work with the tour to discuss ways we can make things better for players, the press, and fans."

Osaka's departure comes just days after she shared that she wouldn't be doing press for the French Open in another statement posted to both her Twitter and Instagram accounts.

"I've often felt that people have no regard for athletes [sic] mental health and this rings true whenever I see a press conference or partake in one," she said. "We're often sat there and asked questions that we've been asked multiple times before or asked questions that bring doubt into our minds and I'm just not going to subject myself to people that doubt me."

Osaka said she's seen "too many clips" of players "breaking down" after a loss, which she said is "kicking a person while they are down."

"I don't understand the reasoning behind it," she added. Osaka said that her decision not to do press is "nothing personal" to the tournament, noting that she has a "friendly relationship" with many journalists who have interviewed her since she was young.

Droves of people—athletes and spectators—came out in support of Osaka's decisions to not only forego press conference but to step away from the tournament altogether.

Actress Kerry Washington also publicly supported Osaka on Twitter. "It takes bravery and strength to put your mental health first," she wrote. "I applaud you and stand by you, @naomiosaka." The National Alliance on Mental Illness also put their support behind Osaka in a public statement: "We support @naomiosaka for making her mental health a priority. You are #NotAlone."

Sportswear giant Nike, which sponsors Osaka, has chosen to back her in her decision, too: "Our thoughts are with Naomi. We support her and recognize her courage in sharing her own mental health experience," Nike told People in a statement on Tuesday. 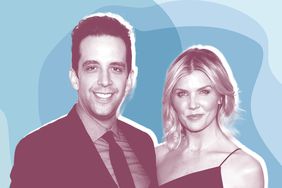 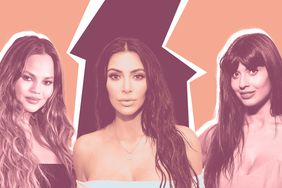 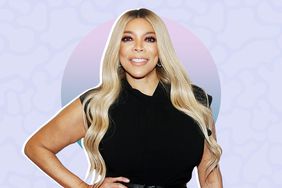 Wendy Williams Shared a Lymphedema Flare: What To Do if You Have One 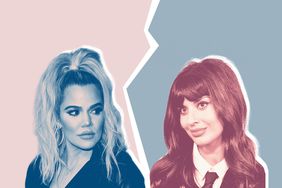