"There is nothing about my journey that I invite shame into anymore."

Actress Annalynne McCord is speaking out about being diagnosed with dissociative identity disorder, a mental health condition that was formerly known as multiple personality disorder.

"I am absolutely uninterested in shame," McCord, 33, said in a conversation about her diagnosis with controversial psychiatrist Daniel Amen, MD, founder of the Amen Clinic.

"There is nothing about my journey that I invite shame into anymore," she said. "That's how we get to the point where we can articulate the nature of these pervasive traumas and stuff, as horrible as they are."

McCord said she was sexually abused as a child and raped as a teen, which has impacted her memory. "I don't have [any memories] until around 5," she said. "Then from 5 to 11, I recount incidents throughout. Then when I was 13, I have a singled-out memory that was one thing, but I don't have the sense of anything else at that time."

McCord said that her work as an actress helped lead to her dissociative identity disorder diagnosis. "All of my roles were splits, but I didn't even realize I was doing it at all until I did a project, 90210," she said. The actress said she was also triggered while filming the 2012 horror movie Excision while on a break from 90210. "I played a very cerebral, disturbed, strange little girl that was very close to who I feel I am on the inside," she said. "It was very exposing, very confronting, probably a bit re-traumatizing without realizing it."

McCord said that she got "very deep" into her character, Pauline, and couldn't get out, even when she needed to be back on the set of 90210. "I wrapped that film at 2 a.m. on a Tuesday and had to be happy, crazy Beverly Hills blonde bombshell on Wednesday at noon," she said. "I couldn't find her, she was not accessible. I was dark."

McCord also talked about being aware—she called it "co-conscious"—of her true identity and a split personality she refers to as "little Anna" at age 13.

"She was a balls to the wall, middle fingers to the sky, anarchist from hell who will stab you with the spike ring that she wears, and you'll like it. Then she'll make you lick the blood from it," she said. "She was a nasty little creature, but I have so much gratitude to her because she got me out of the hell that I was in."

McCord's comments raise a lot of questions about dissociative identity disorder. Here's what you need to know.

Aaron Carter Reveals He Has Multiple Personality Disorder, Schizophrenia, and Bipolar Disorder on 'The Doctors'

What is dissociative identity disorder, exactly?

Dissociative disorders are mental health conditions that are marked by an involuntary escape from reality, according to the National Alliance on Mental Illness (NAMI). That may mean people have disconnect in their thoughts, consciousness, memory, and even identity.

Dissociative identity disorder (DID) in particular is characterized by having multiple identities. Someone with DID may feel like one or more voices are trying to take control in their head, and those identities may have different names, characteristics, and mannerisms, NAMI says.

Gail Saltz, MD, associate professor of psychiatry at the NY Presbyterian Hospital Weill-Cornell School of Medicine and host of the "How Can I Help?" podcast from iHeartRadio, tells Health that DID is "having two or more distinct personalities that endure over time."

"It is the mind's way, psychologically. of reacting to severe trauma at an age where one was unable to process it," she adds.

The condition is rare—only 2% of people meet the diagnostic criteria for DID—and women are more likely to experience it than men, NAMI says.

The disorder tends to develop as a response to a traumatic event, like abuse or military combat, to help keep the memories repressed. But stressful situations can make symptoms worse and even interfere with a person's ability to function.

What are the symptoms of dissociative identity disorder?

According to the Diagnostic and Statistical Manual of Mental Disorders (DSM-5 is the latest version), people with DID may have the following symptoms:

People with DID may even forget important personal information, like their social security number, address, and passcodes, licensed clinical psychologist John Mayer, PhD, author of Family Fit: Find Your Balance in Life, tells Health. "These symptoms cause much disruption in your everyday living and social function," he adds.

Sometimes people with DID are aware of their other personalities, "but more often they are not," Dr. Saltz says.

Lady Gaga Reveals She Started DBT Therapy, Olanzapine After Having a Psychotic Break in New Interview

How is dissociative identity disorder treated?

"Individuals with DID do not typically seek help on their own for the DID itself," Mayer says. Instead, they may struggle with something else, like anxiety or depression, and seek treatment for that before eventually being properly diagnosed.

In some case, though, someone may realize "that they are frighteningly losing time, finding themselves in odd places, or having done things they can't account for and seek help," Dr. Saltz says.

There is no specific drug to treat or cure DID, but doctors may use medications like antipsychotics to help treat additional symptoms that may come with the condition, Mayer says.

Psychotherapies—specifically cognitive behavioral therapy, dialectical behavioral therapy, and eye movement desensitization and reprocessing—work to help treat the dissociative episodes and reduce how often someone has symptoms, NAMI says. Therapy also can help with the feelings of being dissociated.

"Best practice is combining this medication treatment with psychotherapy on a regular and intensive basis," Mayer says. 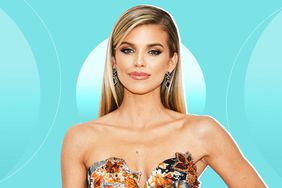 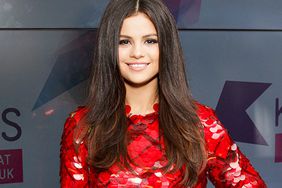