As your body makes less estrogen, you may notice changes to your bones, heart, and mental health.

You may have heard about some of the most common symptoms leading up to menopause. But plenty of other changes that aren't widely discussed also happen as you approach the end of your reproductive years.

Menopause occurs 12 months after your last period, typically around age 51. During the transition to menopause, also known as perimenopause, hormonal changes occur. For example, your body makes less and less estrogen. And those changes may also spark concerns about your heart, bones, and mental health.

Here's what you should know about some health changes that may happen during perimenopause and menopause.

When Does Menopause Start- And How Long Does it Last?

"Women can lose up to 20% of their bone density after menopause," JoAnn Pinkerton, MD, OB-GYN and executive director of the North American Menopause Society (NAMS), told Health.

Luckily, you can do plenty of things to keep your skeleton strong. For starters, ensure you're getting enough bone-supporting vitamin D and calcium. Dr. Pinkerton suggested aiming for 1,200 milligrams of calcium daily from your diet or supplements.

In addition to maintaining good posture, weight-bearing and balance exercises can also help.

If your risk of bone fractures is high, your healthcare provider may recommend certain medications. Dr. Pinkerton added that some medicines, including hormone therapy, may prevent further bone loss or decrease fracture risk.

6 Tips To Enjoy Sex After Menopause

During perimenopause, some people report brain fog. Brain fog may include memory lapses and difficulty finding the right word. But the evidence linking cognitive changes to hormonal changes is weak.

"There's not a lot of data supporting the fact that cognitive function and dementia [are] related to natural menopause," Karen Carlson, MD, OB-GYN and assistant professor of obstetrics and gynecology at the University of Nebraska Medical Center in Omaha, Neb, told Health. "The women who do have a noticeable cognitive impairment, it's probably more related to other menopausal symptoms such as sleep deprivation."

But keep in mind: Menopause itself does not cause heart disease. As you age, other risk factors to watch for include:

Generally, eating healthily, regularly exercising, and not smoking can help decrease your risk of heart disease. Dr. Pinkerton added that it's essential to maintain a healthy weight and keep track of your cholesterol and blood pressure.

Fluctuating from happy to sad to angry and back again is not uncommon during perimenopause. Fluctuating hormone levels are one of the likely culprits of mood changes.

Some evidence suggests that a history of depression may increase your risk of mood changes around menopause. A lack of sleep, often due to night sweats, may also impact your mood.

Activities that reduce stress, like exercise, are good remedies for boosting your mood. Hormone therapy may also help control mood changes. But consult a healthcare provider if you have low moods that last for extended periods or are severe.

Sleep problems result from hot flashes and night sweats caused by declining estrogen. Additionally, declining progesterone, another sex hormone, may cause sleep disturbances. It's also not uncommon for people to repeatedly get up during the night to pee.

Lifestyle changes may help you get a restful night's sleep, including:

Still, it may help to talk to a healthcare provider if you have problems sleeping. Treatments, like hormone therapy, can help restore estrogen levels and reduce hot flashes and night sweats.

Additionally, sleep apnea and insomnia unrelated to menopause may require treatment so that you can get a restful night's sleep.

In addition to vulvar atrophy and vaginal dryness, some people notice bladder changes around menopause. The range of bladder and genital changes and symptoms of menopause are also known as genitourinary syndrome of menopause (GSM).

"We know that there are estrogen receptors on the bladder and urethra, which help with bladder and urethral functions," explained Dr. Carlson. "With the decrease in estrogen, a lot of women do see changes in bladder function, as well as definitely the vaginal dryness and vulvar atrophy."

Strengthening exercises and hormonal treatments can help. Talk to your healthcare provider about what's best for you.

The 8 Best (and Worst) Foods for Vaginal Health

Research has found that estrogen has protective effects on your heart, bones, and mind. So, as the body produces less of the hormone around and during menopause, your risk of several chronic diseases may increase, including:

Menopause can cause symptoms that affect your bones, heart, and mental health. As the body produces less estrogen, the risk of osteoporosis, cognitive impairment, heart disease, and depression increases.

Therefore, it's essential to consult your healthcare provider about what treatment is best for you. 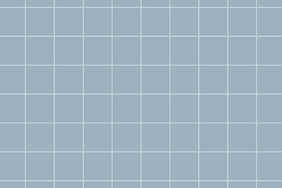