Hadid shared a list of physical and mental health symptoms she regularly deals with because of Lyme: "Every day I feel at least 10 of these attributes without fail."

Headache, muscle spasms, insomnia, brain fog—Bella Hadid has just shared the "truth" about what life is like with Lyme disease on Instagram. On August 24, the model highlighted almost 30 Lyme disease symptoms she struggles with regularly, including anxiety, a sensitivity to light and noise, joint pain, yeast infections, and tingling.

Hadid shared her symptoms via diagrams and infographics that were posted on chef Joudie Kalla's Palestine on a Plate Instagram account.

"Every day I feel at least 10 of these attributes without fail… since I was probably 14, but more aggressively when I turned 18," wrote the 23-year-old model, who was diagnosed with Lyme in 2012. The symptoms are "what we suffer daily. With no cure," she added.

According to the Centers for Disease Control and Prevention (CDC), Lyme disease—the most common vector-borne disease in the US—is transmitted to humans through infected ticks. Typical symptoms include headache, chills, fever, fatigue, joint aches, and erythema migrans, a "bull's-eye" rash that occurs in 70-80% of cases.

Because it's a bacterial infection, Lyme disease is usually treated with oral antibiotics like doxycycline or amoxicillin, and patients typically "recover fully and quickly with appropriate treatment," Purvi Parikh, MD, an immunologist at NYU Langone Health and member of Physicians for Patient Protection, previously told Health.

However, in some cases, the infection can become severe or prolonged—what Hadid and many other people call "chronic Lyme."

While the CDC doesn't recognize chronic Lyme disease, it does describe a condition called Post-Treatment Lyme Disease Syndrome (PTLDS), where patients who have previously been treated for Lyme disease have symptoms of pain, fatigue, or difficulty thinking that last for more than six months after they finish their initial course of treatment.

The International Lyme and Associated Diseases Society (ILADS), a non-profit group that advocates for greater acceptance of the diagnosis of chronic Lyme disease, notes that patients who have it require individualized treatment and may need extended courses of antibiotics.

Despite ongoing controversy in the medical community, anecdotal evidence from patients makes a strong case for CLD. One woman who was bitten by a tick in 2007 is still battling Lyme disease symptoms in 2020. "It is a battle I'll be fighting for the rest of my life," Stephanie Buice previously told Health.

Since Hadid was first diagnosed with what she calls "the invisible disease," she's spoken regularly about how it has influenced her life. In an interview with Evening Standard magazine, she revealed how the illness affected her memory. "I stopped driving because I kept crashing, because my brain just stopped working," she said. "I was exhausted all the time. It affected my memory so I suddenly wouldn't remember how to drive to Santa Monica from Malibu where I lived."

She also gave a powerful speech at the Global Lyme Alliance's second annual "Uniting for a Lyme-Free World" gala in 2016, telling guests, "life isn't always what it looks like on the outside, and the hardest part of this journey is to be judged by the way you look instead of the way you feel."

Hadid continued, "I know what it feels like to not want to get out of bed from bone pains and exhaustion and days on end of not wanting to socialize or be around people because the anxiety and brain fog just isn't worth it. After years of this, you begin to get used to living with the sickness, instead of getting cured and moving on with your life." 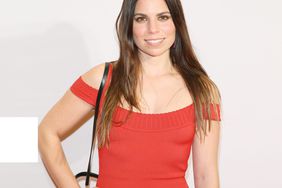 How Ally Hilfiger Survived and Thrived After Her Lyme Disease Diagnosis 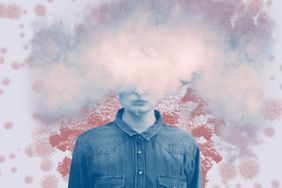