After Selena Gomez' big announcement, we asked several people living with lupus to share what it's really like, what they wish people knew about this disease, and how they push forward. Here are their stories.

Selena Gomez is finally opening up about the real reason she took some time off in 2013: The pop star was busy with treatment for lupus.

In a new interview with Billboard, the actress-singer, 23, explained that she underwent chemotherapy for the autoimmune disease amid intense fan and media speculation (some reports said she was in rehab for addiction, adding insult to injury) about why she was keeping a low profile.

"I was diagnosed with lupus, and I’ve been through chemotherapy. That’s what my break was really about. I could’ve had a stroke," Gomez told the magazine. "I wanted so badly to say, ‘You guys have no idea. I’m in chemotherapy. You’re a--holes.' I locked myself away until I was confident and comfortable again.”

Short for systemic lupus erythematosus (SLE), lupus is a chronic autoimmune disease that occurs when the body's immune system attacks its own healthy organs and tissues— and it can often take years to diagnose. Lupus can also sometimes be mistaken for other illnesses. Why? The symptoms are often non-specific and vary widely, such as fatigue, joint pain, swelling, fever, and rashes, especially what's called a "butterfly rash," which stretches across both cheeks and looks like a sunburn.

The inflammation caused by lupus can harm everything from the kidneys, skin, joints, and blood cells, to the lungs, brain, and heart. However, the physical and mental implications of the condition can be vastly different from person to person.

Because lupus is not only tricky to diagnose, but also tricky to understand, we asked several people living with lupus to share what it's really like, what they wish people knew about this disease, and how they push forward. Here are their stories.

"Many people say that we 'don't look sick' when there is a battle raging inside of us."— Sharon Harris, 36, founder and president of Lupus Detroit

Harris, who was diagnosed at 23, has experienced it all over the past 13 years: from the "butterfly rash" to swollen joints. She is now recovering from a recent stroke.

"One day, I washed my face and brushed the washcloth across my eyelashes. [It] stopped me dead in my tracks. I was too exhausted to scream but it knocked the life out of me so much so that I had to sit on the edge of the tub to regroup," Harris says. "My eyelashes hurt—I will never forget that."

But on the other extreme, Harris says there are days she feels like she can run a marathon. "See, lupus just isn't a physical disease. It's also mental. On my good days, my mind is clear and at peace, my movements are fluid."
Her mantra: Avoid negativity at all costs, and love yourself. "You might be hairless, you may have a butterfly rash, your knuckles may be as swollen as large as lemons, but you still matter."

Nov. 9 2012: Dookie will never forget the day she got her official diagnosis of SLE. She didn't have any of the telltale symptoms of lupus, except for joint pain in her wrist that just wouldn't go away. It wasn't until her doctor ordered blood tests that it all lined up.

"A horrible day feels like I'm un-rested, like barely-can-keep-my-eyes-open-tired, my joints are aching, and my back is aching from the inflammation in my lungs," Dookie says. "Performing basic functions is the biggest obstacle in the world, and it feels like the flare will last forever." In other words, it's not cancer, but it can still feel overwhelming.

Instead of waiting for her illness to fill up her schedule, though, she stocks her good days full of other activities and listens to her body about when she needs to cut back. This month, Dookie had a busy calendar with stand-up performances, and she even signed up for an inflatable obstacle course 5K run with friends.

Jones' journey with lupus began just over a year ago, and while it's required some major changes in her life, she's learning how to live a full life with lupus.

"I'm having a great day, then it's like I'm back to my old self. But I'm not, I'm still sick—and so no, I can't go ride bicycles or go for a run," she says. "Stretching for 10 minutes a day is really strenuous activity for me—and that's something that people just don't understand because when I'm sitting and talking to you, most of the time I seem normal."

Still, Jones adds, "While your life does change and limitations change, that doesn't mean you can't be happy and fulfilled. Find your own new space in the world."

"The hardest part for me, hands down, is the health insurance component." — Dana Whitney, 42, communications vice president.

At 17, Whitney noticed her first symptoms, sore muscles and a rash, which she thought was just a sunburn at first. But her mom, who also had an autoimmune disorder, became frantic when things got worse and took her see a rheumatologist, who diagnosed her with lupus.

"Unfortunately, my family did not have medical insurance at the time," Whitney explains. "We had to wait a few months to pursue treatment in order to line up health insurance, so those first few months of high school were pretty tough."

"It’s driven a lot of my career decisions in life" because of the insurance component, she says. "[But] the best parts are getting good news from doctors. 'No more chemo, let’s come down on your drugs, that sort of thing.' I’ve been healthy for quite some time now, and it’s great. It can happen."

"It's hard to talk to people about what you're feeling and have them really understand why and how you're so tired." — Jessica Goldman Fuong, 32, author and founder of the blog Sodium Girl

Fuong comes from a long line of women with autoimmune diseases. But it wasn't until days after her 21st birthday when an lupus attack on her brain and kidneys occurred; blood tests later revealed lupus.

One of her tricks is adjusting the language she uses, both with herself and with her loved ones. Case in point? She embraces the word "maybe." Fuong said, "I hate feeling like a flake. But now, by always saying maybe, I give myself an easy out when needed. And I set realistic expectations with friends."

She also refuses to use words like "sick" or "tired." For example, "For energy level, using a one to 10 scale—one being the energizer bunny and 10 being a sloth after a night in Vegas—humor never hurts, too," she said.

"There are days when I feel great." — Ingrid Harrell, mid-40s, teacher

Harrell was diagnosed in 2011 after suffering from chronic joint pain that caused a limp.

Ingrid, too, described the heavy effects of fatigue and how it takes a toll on relationships with friends and family. "They write me off as a flake or a hypochondriac when this illness can really take a huge toll on your body," she said.

Her advice for others: Give yourself a break. "For me, stress is a huge trigger for inflammation. I would advise avoiding stressful situations if you can and paying very close attention to your body. Pushing yourself too hard can lead to much more serious side effects," she explained.

13 Ways Inflammation Can Affect Your Health

"The most common misconception is that lupus is not a disease that affects men." — Anthony Turk, 47, publicist

Turk, who has a family history of lupus, was diagnosed in his 20s. Regardless of what he did to take care of himself, he ended up getting sick with colds and the flu, and suffered joint pain. It wasn't until a doctor friend noticed the telltale butterfly rash on his face that he made an appointment and got a formal diagnosis.

While lupus is more common in women, anyone can get it. "Male lupus patients are being diagnosed with the disease everyday," Turk says. "Lupus symptoms come in many different forms and not everyone has the same symptoms. Also, not all Lupus patients have the same severity of the disease."

And one of the trickiest things, Turk says, is learning how to keep up with an unpredictable disease. "I have to be able to determine when I am too tired or run down and rest before I send myself into a lupus flare up. Also, I have to try and keep my stress level at bay because stress can send me into a flare up too."

Still he adds, "This may sound strange, but it has been what's kept me going amid some difficult times. If you love your lupus and embrace it and take care of it, you can better control it and you can keep it from controlling you."

15 Diseases Doctors Often Get Wrong
Was this page helpful?
Thanks for your feedback!
Tell us why!
Related Articles 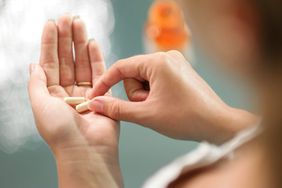 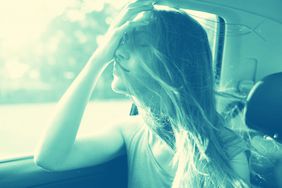