She had a condition called "tripe palms"—and it's extremely rare.

It's hard to understand how or why cancer in one part of the body can have effects on an entirely different part of the body—but that's exactly what happened to one woman who, after noticing her palms looked odd, was eventually diagnosed with lung cancer.

The story comes from a new case study published in the The New England Journal of Medicine, which follows a 73-year-old woman, who first presented to a dermatology clinic with "pruritic (itchy) and painful lesions" on the palms of her hands. The woman also revealed to the doctors her smoking history of "30-pack years" and that she had had a persistent cough for the last year and lost 11 pounds in just four months—all red flags.

When examining her hands, doctors noted “sharp demarcation of the folds in the lines of her hands,” in addition to “a velvety appearance of palmar surfaces and ridging of the skin.” She was soon diagnosed with tripe palms, a condition closely associated with cancer—usually lung and gastric.

What Is Lung Cancer’s Survival Rate?

Doctors conducted more tests, including a computer tomography of her chest, abdomen, and pelvis, and found an irregular nodule in the left upper lobe of her lungs and enlarged mediastinal lymph nodes (glands between the sternum and the spinal column). She was diagnosed with adenocarcinoma, a cancer that forms in the glandular cells of the body—most often found in the breast, pancreas, lung, prostate, and colon.

Hold on, what exactly are "tripe palms" and how are they linked to cancer?

The term “tripe palms” or acanthosis nigricans of the palm was first coined in 1977 by Jacqueline Clarke, MD, a dermatologist in London, according to the journal Clinical and Experimental Dermatology. The name describes the visual appearance of the condition. Tripe—the edible stomach lining of a farm animal—which has a thick and moss-like appearance. Other descriptions of it include “thickened velvety palms with pronounced dermatoglyphics,"

The condition is extremely rare, so there's very little research on it, but, according to another case report published in 2014 in the journal BMJ Case Reports, it usually occurs in association with an underlying malignancy, gastric and lung being the most common. One review of cases, published in the Journal of Clinical Oncology, found that the majority (94%) occurred in patients with cancer, with only five patients showing no apparent evidence of malignancy.

Because it can often be the first manifestation of a pulmonary or gastric tumor—as was the case with the 73-year-old woman in this most recent case study—patients with tripe palms are generally evaluated with a full diagnostic work-up for possible malignancies.

There is no specific treatment for tripe palms. However, some cases—about 30 percent, according to an article published in the Journal of Investigative Dermatology—resolve via treatment of the underlying malignancy. However, even with treatment, TP may persist for several years after the malignancy has been resolved. 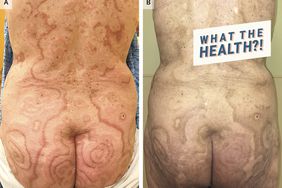 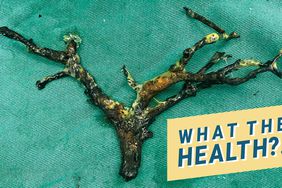 What Is Corkscrew Esophagus?
This 25-Year-Old Woman Started Crying Bloody Tears While Menstruating—Here’s How That Can Happen 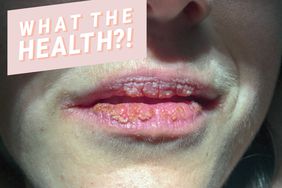