It's a phenomenon you hear about, but what does science have to say about how often it happens, and why?

Every couple who has struggled to conceive and then turned to assisted reproductive methods or adoption to build a family has probably heard this comment. "You'll see, you'll end up getting pregnant on your own right after!" well-meaning friends and family often say.

Of course, this is generally not the kind of reaction people dealing with the heartbreak of infertility are looking for. Yet anecdotally, having a baby naturally after adoption or in-vitro fertilization does seem to happen. And doctors we spoke to concur that their patients have experienced this.

Research on Conceiving After Assisted Reproduction

"I have seen this a number of times in my practice," Sherry A. Ross, MD, an ob-gyn in Santa Barbara, California, and author of She-ology: The Definitive Guide to Women's Intimate Health. Period, tells Health.

While research on the topic is hard to come by, one UK study found that women who undergo an in-vitro fertilization procedure known as ICSI and IVF have a 29 percent chance of conceiving naturally within six years of completing treatment.

In a second study published in the journal Fertility & Sterility, researchers focused on 2,100 couples who sought fertility treatments a decade earlier. Among the couples who did not conceive after treatment, 24% eventually had a baby naturally. Of those who did have a baby via treatment, 17% later had another child without assistance.

And though no recent data on women who conceive after adopting exists, the phenomenon doesn't seem to be a total myth. So how and why are couples who thought they couldn't have kids getting pregnant?

Infertile or Not Infertile

"The truth is, many of the 'infertile' couples are, really, not infertile," says Dr. Ross. "Many couples seeking fertility treatment don't necessarily need IVF to conceive. As assisted reproductive technologies become more mainstream, and women have children later in life (which can cause some anxiety around being able to get pregnant), couples are less hesitant to turn to IVF or adoption sooner in their quest to be parents," says Dr. Ross.

"More and more couples resort to In vitro fertilization (IVF) prematurely due to the fear of being infertile," she says. "By definition, infertility means not being able to get pregnant after one year of trying to conceive, and 1 in 8 couples will have difficulty getting pregnant. However, anxious couples will seek out fertility treatment sooner than necessary in order to become pregnant; many don't want to wait one full year of trying to conceive to look into fertility treatment options."

Thomas A. Molinaro, MD, a fertility specialist at Reproductive Medicine Associates of New Jersey, agrees. "Most of our couples are not sterile but rather subfertile," he explains to Health. "This means that it is not impossible to conceive on their own but the probability of conceiving is lower than average."

Treatments such as medicated IUI cycles—intrauterine insemination, which puts sperm inside the uterus—or IVF "can speed up the time to pregnancy in these couples, but I do not think there is any medical evidence that IVF 'corrects' or helps these couples conceiving naturally in the long run," says Dr. Molinaro.

"The same is true of couples who adopt," says Dr. Ross. "They may not have proven infertility, but because they are struggling to get pregnant, they choose to adopt sooner rather than later . . . and in some cases then find themselves having a baby the old-fashioned way."

Another factor that might play a role is feeling stressed. If IVF is successful or an adoption goes through, the joy and relief of finally becoming parents can ease the anxiety and tension surrounding infertility. Still, it's difficult to prove a link between lowered stress and successful conception.

"Studies of the impact of anxiety and stress on fertility have thus far been inconclusive, so this is a complicated question," says Dr. Molinaro. "Most of our patients have elevated stress scores, yet many do ultimately conceive without intervention."

Conceiving naturally "may be due to less anxiety or just good luck; either way, it's a welcomed blessing," adds Dr. Ross.

Sperm Killers That May Surprise You
Was this page helpful? 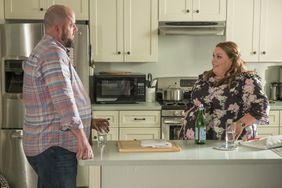 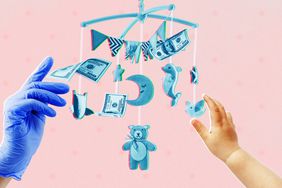