Fertility tests may give you an idea of how easy (or hard) it will be to get pregnant. But how reliable are they?

Tiffany T got married a few months shy of her 35th birthday. She and her husband wanted to have kids, but they weren't ready to immediately start trying to have a baby. Tiffany knew that it could be harder to get pregnant after 35, so she asked her doctor about getting a fertility test.

"I thought that if I had a general sense of how plentiful my eggs were, it would help me feel better about our decision to wait," said Tiffany. "Conversely, I decided that if the results showed I had a lower than average egg count for my age, then it would spur us to start trying earlier than we'd originally planned."

The results showed that Tiffany's hormone levels were normal for her age, which reaffirmed her decision to wait a little longer before trying to start a family.

While Tiffany went the traditional route—getting tested in a health are provider's office—fertility testing is now available in other forms. Today, you can order an at-home test to measure your hormone levels. And one company, Kindbody, has offered pop-up clinics on the streets of Manhattan.

But even if fertility testing is more easily available than ever, does that mean all women of child-bearing age should take advantage? Some health care providers say no—and if you do choose to be tested, they say there are some things to keep in mind.

When a person has questions about fertility, health care providers usually start with a blood test to determine levels of anti-Mullerian hormone (AMH). This hormone is released by the eggs and declines with age as the number of eggs shrinks. An AMH test can provide a good idea of how many eggs someone has left, Jennifer Eaton, MD, a fertility specialist and director of the Women & Infants Fertility Center in Providence, RI, told Health.

You can get your AMH levels tested in your health care provider's office or at a lab facility, or order an at-home kit from a company like Modern Fertility, Let's Get Checked, or Everlywell. With any home test, the results take a few days to be analyzed.

Blood tests for fertility can also measure levels of follicle-stimulating hormone (FSH). This number goes up as a person's egg count goes down, so it can be another indication as to whether their "ovarian reserve," or the number of eggs they have left, is normal for their age.

For couples who have been trying to get pregnant and haven't succeeded, their health care provider will likely recommend other tests, as well. These may include other blood and urine tests, along with hysterosalpingography—an X-ray of the uterus and fallopian tubes to check for any abnormalities or blockages. Some people may also be asked to provide a semen sample to test the quantity and quality of sperm.

Unfortunately, getting all of these tests isn't always easy. Marissa M from Kingston, NY, underwent fertility testing at age 35 because she and her husband had been trying to conceive for nearly a year.

Her initial blood test was done in her ob-gyn's office, but she was referred elsewhere for hysterosalpingography and then to an endocrinologist for her husband's semen analysis. "My issue with the whole process was that three different medical offices were needed to perform these tests," said Marissa, "and I don't feel we ever got a clear picture of our fertility outlook by putting all the tests together."

On top of that, many insurance companies won't cover fertility testing for people under 35 unless they've been trying to conceive for a full year. For those 35 and over, tests are generally covered after couples have been trying for six months.

If you are simply looking to find out your AMH levels, you can ask your doctor or insurance company whether this test would be covered. At-home kits fall in the $100 to $200 range, while costs in the doctor's office or at a fertility clinic can vary.

While the AMH test tends to be a go-to for providers, a 2017 study published in JAMA found that ovarian reserve numbers are not necessarily an indication of fertility. Researchers gave blood and urine tests to 750 women who had been trying to get pregnant for three months or fewer, ages 30 to 44, and then followed them for the next six to 12 months. Almost 500 of those women conceived naturally during that time, and the women's levels of AMH and FSH had no significant effect on who got pregnant and who didn't.

Lead study author Anne Z. Steiner, MD, professor of obstetrics and gynecology at the University of North Carolina, was surprised by the findings. "These tests have worked their way into generalist's offices and more mainstream uses, and we were really hoping to find that they are a good test for women who want more information about their fertility," Dr. Steiner told Health. "Ultimately, that's not what we found."

Dr. Steiner said these findings should discourage women in their 30s and 40s from reading too much into these tests if they haven't already been trying to get pregnant for several months. Dr. Eaton agreed and said she doesn't recommend them to women who are simply just curious about their numbers.

The test may be helpful, though, for women who are considering freezing their eggs or undergoing IVF. "These tests are really to test the quantity of the eggs, but the more important thing is the quality of eggs," said Dr. Eaton. "We don't have any good tests for egg quality, so we don't have any good test for somebody to know if they're truly fertile or not."

Another reason AMH may not be a good indicator of fertility is the lack of standards for the test. A 2020 study published in The Journal of Clinical Endocrinology & Metabolism reports that while AMH is the preferred method for determining ovarian reserve (the number of eggs someone has), there are no international standards, which makes comparing tests taken from different sites or with different brands difficult. The study authors also state that very little is known about what actually affects AMH levels, which can limit proper interpretation of the results.

Lifestyle plays a role in fertility, too

Even if a couple's fertility tests all come back normal, there can be other factors that could get in the way of a healthy conception and pregnancy.

Let's take stress as an example. A 2018 study published in the journal Dialogues in Clinical Neuroscience suggests that stress can affect a woman's ability to become pregnant. The study authors state that psychological interventions—like cognitive behavioral therapy, a form of talk therapy that helps people change their limiting beliefs and thoughts and lowers stress—can help people with infertility by decreasing anxiety and depression "and may well lead to significantly higher pregnancy rates."

"There is a misconception that if you have a normal AMH level, you're fine and you can delay trying to get pregnant," said Dr. Eaton. "And I wouldn't want anyone to hold off just because of these results."

For Tiffany, waiting to have kids wasn't about her ovarian reserve—but her test results did make her feel better about her decision. She said her doctor was supportive of her getting tested, "although she did say that the test is for giving you a sense of how your eggs are at a specific point in time," added Tiffany (meaning, that your egg reserve might be okay right now, but a "good" test now doesn't mean it'll still be the same test result at a later time).

Tiffany also noted that her doctor explained that if someone has below-average AMH levels for their age, she encourages them to start trying sooner, especially if they want several children.

But even with "normal" AMH test results, plenty of couples still struggle to get pregnant. Marissa and her husband are one of these couples. Her tests came back at an "average" level for her age and detected no serious fertility issues. But eventually, her endocrinologist "concluded that we won't likely be able to conceive on our own and that we will need to do [intrauterine insemination]," said Marissa. "He said our ages were the biggest factor."

"A lot of people also think that if you have a low AMH level, you're not going to be able to have a baby—and that's not true either," said Dr. Eaton.

Ultimately, fertility tests—especially those not done in a health care provider's office—should only be considered one piece of the puzzle, said Dr. Eaton. And they shouldn't take the place of advice from a health care provider or give couples preconceived notions about what is and isn't possible for them.

"The real bottom line is that the most important thing that affects your fertility is your age," said Dr. Eaton. And while you're likely to have fewer problems getting pregnant the younger you are, "I always tell my patients that the best time to start a family is when you're ready to start a family—not based on what a test tells you, or what you feel pressured to do." 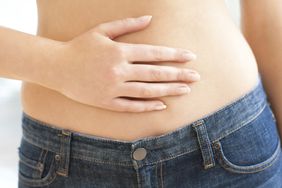