FYI: COVID-19 is much deadlier than the swine flu pandemic.

Swine flu and COVID-19 are often compared to one another, given that they're both pandemics that sparked major panic across the world and in the US. But while these two illnesses have some things in common—symptoms, diagnoses—they're actually quite different on many, many levels.

"Swine flu was the last major pandemic we had before COVID-19," Amesh A. Adalja, MD, senior scholar at the Johns Hopkins Center for Health Security, told Health. "But they're not the same. COVID-19 is definitely more serious."

A whole decade elapsed between the 2009 swine flu pandemic and the COVID-19 pandemic, so you might find that some details are fuzzy when comparing the two. This article takes a closer look at how the two pandemics compare—from symptoms and treatment options to vaccines and more.

Swine flu was detected first in the US and then spread across the country and eventually the world. It contained a blend of flu genes that hadn't been previously seen in animals or people, the CDC says. "It was a new virus that jumped from pigs to humans," Dr. Adalja said. The CDC also classifies COVID-19 as a zoonotic disease—meaning that it jumped from animals to humans—through exactly how this happened is unclear.

Swine flu is just another seasonal influenza strain, Dr. Adalja said. That means it comes back every year (don't worry, our flu vaccine has taken that into account, but more on that later). "The H1N1 2009 influenza strain still circulates every flu season," Michelle DallaPiazza, MD, associate professor at the Rutgers New Jersey Medical School, told Health.

Comparison of Infections and Deaths

That death count is in huge contrast to the COVID-19 pandemic. Leading up to August of 2022, at least 93 million cases of COVID-19 were recorded in the United States, according to the CDC. Among those infected, at least one million people did not survive.

But comparing COVID-19 cases to swine flu cases is difficult, Thomas Russo, MD, professor and chief of infectious disease at the University at Buffalo, told Health. "With COVID-19, we're counting documented cases," Dr. Russo said. "With influenza, they're CDC estimates. They assume—which is true—that not all influenza cases will be documented." Therefore, it's not necessarily comparing apples to apples, Dr. Russo said.

Overall though, "the impact of the COVID-19 pandemic has been much more devastating," Dr. DallaPiazza said.

Symptoms of Swine Flu vs. COVID-19

The symptoms of swine flu in people are similar to symptoms of other strains of the flu, according to the CDC. Those include:

In some cases, people with swine flu also experienced vomiting and diarrhea.

There's a range of symptoms that come with COVID-19, but the CDC says these are the most common:

Given that both viruses can have similar symptoms, it's difficult for doctors to tell them apart without doing a test, Dr. Adalja said. Both are diagnosed in a similar way, though. The CDC says that the following ways of testing for COVID-19 are considered acceptable:

Swine flu is diagnosed the same way as other forms of the flu, Dr. Adalja said. Diagnosis may involve one or more of these methods:

There are rapid tests for both COVID-19 and the flu, which can deliver results within hours.

Again, swine flu is just one strain that's part of the annual flu now, so it's treated as such, Dr. Adalja said. That means the flu vaccine is thought to help protect against getting the virus or, at least, from developing serious complications of swine flu. Swine flu can also be treated with anti-viral medications. These include the following, per the Food and Drug Administration (FDA):

"When swine flu emerged, there was at least some population immunity in certain people that protected them against having severe disease from the strain when it emerged," Dr. Adalja said. "We had a very well-ironed vaccine development process and anti-virals."

Before COVID-19 vaccines, many hospitalized patients were treated with the steroid dexamethasone and anti-viral remdesivir. Fortunately, the development and approval of COVID-19 vaccines led to a decline in infection rates, as stated in a review published in the journal BMC Infectious Diseases.

By August of 2022, at least 77% of adults over age 18 had received two doses of a COVID-19 vaccine. According to the CDC, those vaccinated are 14 times less likely to die from COVID-19 compared to people who are unvaccinated.

US Response to Swine Flu vs. COVID-19

Barack Obama was in office during the swine flu pandemic. Dr. Adalja said the Obama administration "could have done better with guidance and how things unfolded in terms of personal protective equipment needs, the vaccine development process, and the delivery process."

"There were some mistakes, but it wasn't anything too consequential," Dr. Adalja said, adding that "once public health officials realized that swine flu wasn't going to be cataclysmic, they backed down on mitigation efforts like school closures and social distancing."

According to Dr. Adalja, those faults included, but aren't limited to: failing to take the deadly illness seriously, slashing funding for critical public safety nets, and significantly lagging in testing during the first weeks and months of the pandemic.

Fever, cough, headache, and fatigue—the most common symptoms of swine flu are also common in COVID-19. But when it comes to comparing these two viruses and the pandemics they caused, the similarities just about stop there.

One of the starkest differences between the swine flu pandemic and the COVID-19 pandemic is also the most tragic: While just shy of 13,000 people died from swine flu in the United States, nearly one million people lost their lives to COVID-19. Not to mention, innumerable others would experience long-term COVID-19 symptoms that aren't part of the typical swine flu profile.

COVID-19 Is Officially the Worst Pandemic in US History, Surpassing the Death Toll From the 1918 Spanish Flu
Was this page helpful?

Omicron Infection Timeline: When Symptoms Start and How Long They Last
Epidemic Vs. Pandemic: What Exactly Is the Difference? 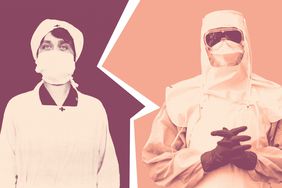 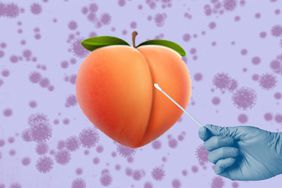