Splashing around in a pool isn't the only way you can contract this painful, itchy infection. Here's what experts say about other causes, symptoms to look for, and the best way to ease the discomfort.

If you've ever experienced an ear infection, then you know how uncomfortable and even painful it can be. Swimmer's ear is a specific type of ear infection that also causes discomfort and pain in and around the outer ear canal. It typically starts out mild, with moderate itching and redness, and then can become tender and inflamed, potentially harming your ability to hear.

Despite its name, you don't have to spend time at a beach or in a pool to pick up swimmer's ear. This condition can happen after you take a shower or bath, or you simply clean your ears with cotton swabs. And while kids are more prone to swimmer's ear because they have narrower ear canals, adults are very much at risk as well.

4 Tips for a Healthier Summer

Here’s how to know if you have swimmer's ear, and what you can do to ease the swelling and aching fast, and then prevent it from happening again.

What is swimmer's ear?

Swimmer’s ear, also known by its medical name, otitis externa, usually occurs after water gets trapped inside the ear. This allows bacteria (and in some cases, a fungus) in your ear canal to start multiplying, leading to an infection near the opening of the ear, explains Ileana Showalter, MD, an ENT-otolaryngologist at Mercy Medical Center in Baltimore.

True to the condition’s name, swimming, or just splashing around in a body of water, is a major cause. But swimmer’s ear can also arise from any situation where your ear traps a small amount of water, like after a shower or bath, or even time in a hot tub.

Sometimes swimmer's ear develops not from trapped water but from a cut or scrape just inside the ear canal. Overly aggressive cleaning with cotton swabs tends to cause it; if the swab scratches the skin inside the ear, bacteria can thrive and trigger an infection. People with excessive ear wax or the chronic skin condition eczema, which causes itching and redness, are also more likely to develop swimmer's ear, according to the American Academy of Otolaryngology-Head and Neck Surgery.

A word about the pain: It can be severe. It's typically worse than a garden-variety middle-ear infection triggered by a cold. That's because there are lots of nerves linking the base of the brain through the ear canal, the jaw, and down to the diaphragm, explains M. Jennifer Derebery, MD, clinical professor of otolaryngology at USC School of Medicine in Los Angeles. "Pain in one area of the nerve may refer to another area," says Dr. Derebery. "That is why it is common to have jaw pain with swimmer's ear as well."

If left untreated, symptoms can intensify. You might notice discharge or fluid leaking out of your ear. Swollen lymph nodes around the neck and even a fever can also occur. In extreme cases, the skin can swell up and close over the ear, leading to muffled hearing. Luckily, any hearing loss you experience will go away once the infection is treated.

How to treat swimmer's ear

If the discomfort doesn't stop after a few days, or it becomes more severe over a short period of time, see a doctor. “If you leave the infection unattended, the pain can get excruciating,” says Dr. Showalter. “In fact, it’s one of the most severe pains we see in our specialty.”

If symptoms hit over the weekend or you’re unable to immediately see a physician, some home treatment options might ease your pain until you can get to a doctor. Dr. Showalter advises taking an over-the-counter pain reliever like ibuprofen or Tylenol. As soon as you can, however, get some face time with your primary-care provider, warns Dr. Lam, or head to an urgent care facility. Your doc will examine the ear and perhaps take a fluid sample. If it's swimmer's ear, you'll likely go home with antibiotic swimmer's ear drops. If these don’t clear the infection, an oral antibiotic might be the next defense.

If symptoms don't go away

Sometimes the antibiotic ear drops don’t work because swimmer's ear has caused a buildup of debris or fluid in the ear canal, and the drops can't get through. “An ear that hasn’t been cleaned will not respond to the treatment, so you have to get rid of the gunk so that the medicine can work,” Dr. Showalter says. Your doctor will clear the outer ear canal by using a vacuum-type apparatus that sucks out the debris. Then the antibiotics can do their job.

Another reason the infection might persist is because it's not caused by bacteria after all. While the majority of swimmer’s ear cases are bacterial in origin, there is a subset of patients who develop a fungal infection, which requires different treatment, Dr. Showalter says. If you’re eating lunch, put down the sandwich now: That type of infection looks the same as fungus growing in bread, and it’s often not easy to see because it can be obscured by wax.

If your symptoms linger and antibiotic drops don't have any effect, tell your doc you suspect it might be a fungal infection. Fungus grows slowly, so the hallmark of this kind of infection is that it really never gets better. “You might find that your ear has been itching for months; and you’ve used several types of drops and it persists,” says Dr. Showalter. "That would be highly suspicious," she says, of a fungal infection.

How to prevent swimmer's ear

No need to give up swimming or limit yourself to bodies of pristine, chemically treated water. While it seems logical to assume that a murky lake or river might promote an infection more than a crystal-clear pool, that’s not necessarily the case, says Dr. Lam. It's the wetness trapped inside the ear, not the type of water you're in, that causes the infection.

To prevent water from getting caught in your ear canal, consider wearing ear plugs when you go for a dip, and make sure you dry your ears thoroughly after time in a pool or following a shower. Dabbing a few drops of rubbing alcohol or white vinegar just inside each ear can help dry them faster. A short blast of warm air from a hair dryer gets them dry quickly too.

If you suspect that vigorous ear-cleaning led to your infection, lay off the cotton swabs and clean your ears with a washcloth. "Generally we advise people to avoid cotton swabs because everyone's ears are different, and there are some subset of people who will have trouble because the wax tends to be dry or the canal is small—so they are pushing the wax [further inside]," says Dr. Showalter.

That said, she is okay with people cleaning with swabs within reason, for example, by being very gentle and sticking to the outer ear. If you use them to go deeper into the ear canal, you might end up pushing the tip of the swab inside.That packs the wax so it builds up, or it removes too much wax, so dirt and debris (and bacteria) can enter. Both set up the ideal conditions for swimmer's ear—which you really want to avoid.

To get our best wellness tips delivered to your inbox, sign up for the Healthy Living newsletter 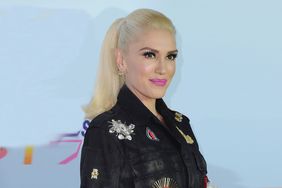 Gwen Stefani Ruptured Her Eardrum on a Plane—Could It Happen to You?