Health officials say this many people infected in one area is "unusual."

Public health officials in Connecticut are warning residents about the risk of swimming or wading in the Long Island Sound after an “unusual number” of people became infected with flesh-eating bacteria from the water.

Since July, there have been five reported cases of Vibrio vulnificus infections caused by bacteria in the water, according to a press release from the Connecticut Department of Public Health (DPH). The people infected are between 49 and 85 years old, DPH says. Two had septicemia, an infection of the bloodstream, and three had “serious wound infections.” All five patients were hospitalized, and each one said they were exposed to salt or brackish water (a mix of fresh and saltwater) while they were swimming, crabbing, and boating. “All five patients had pre-existing wounds or sustained new wounds during these activities which led to the Vibrio infections,” the DPH wrote.

Vibrio vulnificus infections make headlines each year while the weather is warm but, as the DPH said, this many in one area is unusual. Here’s what you need to know about this flesh-eating bacteria.

What is Vibrio vulnificus?

There are about a dozen Vibrio species that can hurt people, according to the Centers for Disease Control and Prevention (CDC). The most common forms in the U.S. are Vibrio parahaemolyticus, Vibrio vulnificus, and Vibrio alginolyticus.

“Vibrio is a common bacteria that you find in ocean water,” Amesh A. Adalja, MD, senior scholar at the Johns Hopkins Center for Health Security, tells Health. “There are certain waters where it’s always there. Salt water is not sterile.”

The bacteria causes about 80,000 illnesses and 100 deaths in the country each year, per the CDC. About 80% of Vibrio infections happen between May and October, when water temperatures are warmer, the CDC says.

“Vibrio vulnificus is always a risk when you’re in salt water or brackish water,” Dr. Adalja says. “The bacteria lives naturally in that water.” However, he adds, “these infections are still relatively rare.”

Can You Get Flesh-Eating Bacteria From a Pool?

What are the symptoms of Vibrio vulnificus?

The CDC specifically lists the following as symptoms of a Vibrio vulnificus infection:

Vibrio vulnificus can also cause necrotizing fasciitis, a rare but incredibly serious bacterial infection that spreads quickly in the body and can lead to death, the CDC says.

Many people with Vibrio vulnificus infection need intensive care or have to have limbs amputated, the CDC says. About one in five people who are infected with the bacteria die, and sometimes within just a day or two of getting sick.

How is Vibrio vulnificus detected and treated—and how can it be prevented?

An infection is diagnosed when Vibrio bacteria is found in the wound, blood, or poop of a person who is sick, the CDC says. From there, the patient is treated with antibiotics. If someone has a severe case, they’ll often be treated with IV antibiotics; If it’s not severe, they’ll be given oral antibiotics, Richard Watkins, MD, an infectious disease physician and professor of internal medicine at the Northeast Ohio Medical University, tells Health. In some cases, doctors may need to amputate a person’s legs or arms to remove dead or infected tissue, the CDC says.

If you have any kind of wound, it’s best to stay out of the water, Dr. Adalja says. “Skin is a major component of your immune system,” he says. “Any breach of that can put you at higher risk of a skin infection.” (The CDC says you can cover your wound with a waterproof bandage but, again it’s risky.) If you happen to get a skin injury while you’re in the water, “rinse the wound with soap and water, put on antibiotic ointment, and cover it with a clean, dry bandage,” Dr. Watkins says.

And, if you notice the symptoms of a Vibrio vulnificus infection after swimming or wading in salt or brackish water, Dr. Adalja says it’s important to seek care immediately. “You have to treat it aggressively,” he says. 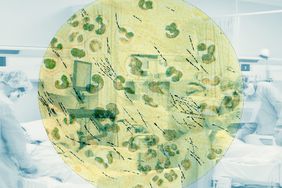 What Are the Symptoms of Melioidosis? CDC Confirms a Second Fatality Due to This Rare Bacterial Infection 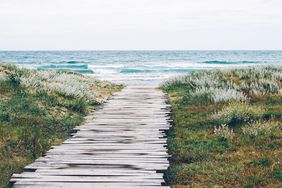 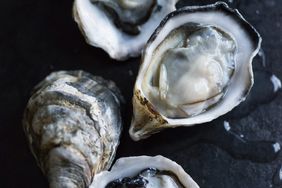 A Man Died From 'Flesh-Eating' Bacteria After Eating an Oyster. Here's What You Need to Know 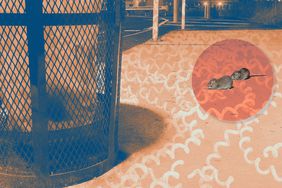