There's a good chance you've already had the virus without even knowing.

Cytomegalovirus is an extremely common virus that you've probably never heard of. It can be found worldwide, but in the US specifically, it's estimated that more than half of all adults over the age of 40 have already been infected with cytomegalovirus, according to the Centers for Disease Control and Prevention (CDC).

Where you live influences how likely it is you'll be infected with the virus during your lifetime, Martin Hirsch, MD, a professor of medicine at Harvard University and editor in chief of The Journal of Infectious Diseases, tells Health. He explains that in densely populated cities the world over, the rate of residents who have been infected is probably close to 100%. In rural areas, though, it's closer to 50%, Dr. Hirsch explains.

For otherwise healthy individuals, a cytomegalovirus infection might not result in any symptoms at all, or very mild symptoms like a sore throat and fever. However, the illness can be much more serious for immunocompromised individuals (meaning, anyone whose immune system is impaired). Below, you'll find everything you need to know about cytomegalovirus, including cytomegalovirus symptoms and treatment options.

Cytomegalovirus—CMV, for short—is related to the viruses that can cause infectious mononucleosis (mono) and chickenpox, and is technically a member of the herpesvirus family, according to the US National Library of Medicine (MedlinePlus). Once it makes its way into your body, CMV stays there for life, with the potential to reactivate—but, for the most part, those with healthy immune systems won't even be aware they've been infected, the Centers for Disease Control and Prevention (CDC) says.

There are certain groups of people who are more likely to suffer some more serious complications from CMV, including infants infected while still in the womb, premature infants and those with a low birth weight, and people with compromised immune systems, per the CDC.

In infants specifically, when CMV infects them in the womb, they contract what's known as congenital cytomegalovirus infection. The CDC reports that about one out of 200 babies are born with congenital CMV—and one in five will go on to have longterm health issues from the virus. In rare, severe cases, CMV infection in utero can lead to pregnancy loss.

How is cytomegalovirus spread?

Cytomegalovirus can be spread a number of ways, experts explain. "The most common is through close contact with exposure to saliva and upper respiratory tract secretions [of an infected individual]," Donald Dumford, MD, director of infection prevention at Cleveland Clinic Akron General, tells Health.

However, he says that, "theoretically [CMV] can probably be spread through any bodily fluid." That includes saliva blood, tears urine, breast milk, and semen. The CDC also explains that sexual contact, nursing, blood transfusions, and organ transplants can all result in the transmission of CMV. The virus can also be transmitted from pregnant mothers to their infants in utero.

What are the symptoms of cytomegalovirus?

Many people with healthy immune systems who contract CMV won't even notice they have it. But some immune-healthy people will still feel mild illness from the infection, with symptoms like:

Sometimes, even in healthy people, CMV can lead to mononucleosis or hepatitis, the CDC says.

In those who are immunocompromised, however, CMV can affect the eyes, lungs, liver, esophagus, stomach, and intestines, per the CDC. In congenital CMV, babies can also have brain, liver, spleen, lung, growth problems, and even hearing loss.

How is cytomegalovirus diagnosed?

There are CMV tests that can look at a person's blood, sputum, or other bodily fluids for current, reactivated, or past CMV infections, per MedlinePlus.

A doctor might suggest a CMV test for those who are immunocompromised or pregnant, and are showing the main symptoms of CMV (sore throat, fever, fatigue—common flu-like signs), MedlinePlus says. Infants who have jaundice (yellowing of the skin and eyes), low birth weight, seizures, or a small head may also be tested for CMV.

There are five ways through which a doctor can test for CMV, according to MedlinePlus: blood test, cerebrospinal fluid (CSF) test, sputum test, biopsy, amniocentesis (for pregnant women). In babies, doctors will only test their saliva or urine for CMV.

How is cytomegalovirus treated—and does a vaccine against the virus exist?

Otherwise healthy individuals won't need to be treated for cytomegalovirus, Dr. Dumford says. "For people with uncomplicated illness, no treatment is needed, as the infection usually runs its course over one to two weeks, similar to most other viruses," he explains.

Immunocompromised people, or individuals who suffer from severe illness after their initial cytomegalovirus infection or congenital CMV (which, again, is rare), are often treated with antiviral medication—specifically ganciclovir or valganciclovir—says Dr. Dumford. "For people who have a healthy immune system and do not have a severe infection, the risk of side effects of these medications would outweigh their benefit. They should only be used in patients who are very sick or who have immune system problems," he adds.

As of right now, there are no medications that can prevent a cytomegalovirus infection. "There are no licensed vaccines yet, though people are working on vaccines," Dr. Hirsch says. 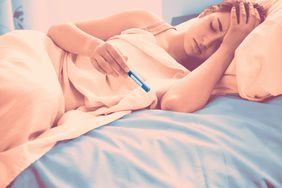 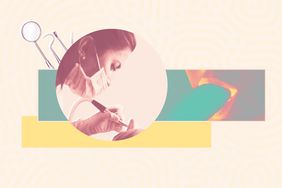 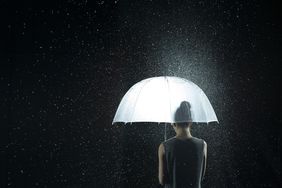 What Causes a Weak Immune System? 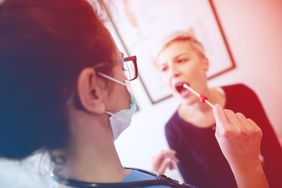