The characteristic barking cough typically affects kids, but in rare cases adults can catch it too.

Croup is a condition that affects your upper respiratory airways—the windpipe and vocal cords. With croup (technically called laryngotracheitis), the airways swell and narrow, making breathing uncomfortable—and sometimes difficult—and producing a characteristic cough that sounds like a barking seal.

"Croup is commonly considered an acute upper respiratory disease of childhood," explained Jonathan Tolentino, MD, associate professor of medicine and pediatrics at the University of Miami. "In adults, croup is very rare, with only a handful of cases reported in the literature." In fact, as of 2017, there were only 15 cases of adult croup reported in medical literature, according to a study in Case Reports in Critical Care.

The primary reason it's so uncommon in adults is that your airways become larger and stronger as you age, making it harder for this type of inflammation to cause a noticeable enough obstruction of your breathing. Children between 6 months and 3 years old are the most at risk for croup because of their relatively small airways.

Here's what to know about croup—in children and adults.

A virus usually causes croup. While many different kinds of viruses can cause croup, the most common are parainfluenza viruses. There are four strains of these viruses, but the one primarily responsible for croup is parainfluenza virus 1, reports the Centers for Disease Control and Prevention.

Croup can be caused by other viruses, including the influenza virus, respiratory syncytial virus (RSV), the measles virus, or viruses that cause colds. A study published in Pediatrics in 2022 suggests that SARS-CoV-2, the virus that causes COVID-19, may cause more severe croup than other viruses. Less common causes of croup include acid reflux and bacteria.

The viruses that cause croup are highly contagious, passed around through coughing and sneezing. Like other upper respiratory conditions, croup is more common during the winter months—possibly because people stay indoors and find themselves in close quarters with others more than when it's warmer.

So how do you know you have croup and not some other upper respiratory condition? According to the American Academy of Pediatrics, people with croup may experience cold symptoms like sore throat and runny nose, as well as:

"In adults, these symptoms are more likely to be seen in combination with some impairment in immune function, such as having a severe liver injury or being on immunosuppressants," Dr. Tolentino said.

When To Talk to a Healthcare Provider

Croup is usually short-lived in children, lasting three to seven days. Most cases are mild and may only require home treatment. The Children's Hospital of Philadelphia defines a mild case as an occasional barking cough, hoarseness, and stridor only when the child is active or agitated.

Croup can be scary, and it can be difficult to know when to seek medical help. The American Academy of Pediatrics says to consider calling a healthcare provider if your child has any of the following symptoms:

When adults get croup, it's generally more severe than it is in children. If you suspect croup, you should see a healthcare provider immediately. "Croup rarely develops in the more mature respiratory tract, and when it does occur in adults, it usually results in a more distressed respiratory state, often requiring a stay in the hospital or in the intensive care unit," Dr. Tolentino said.

There's no guaranteed way to avoid getting croup. However, you can take steps to lower your or your child's chances.

"The most important and effective ways to prevent croup would be to embrace good hand-washing habits, receive the annual flu vaccine, and, if your doctor recommends it, take the pneumococcal vaccine," Dr. Tolentino said.

Good hand-washing habits should be maintained all year, but they're essential during the winter when viruses tend to spread more. Wash your hands and your child's hands (or encourage them to wash their hands, if they're old enough) after sneezing, coughing, or using the bathroom, as well as before and after eating or preparing food. Alcohol-based hand sanitizers can work in a pinch if you don't have soap and water available.

Other ways to help keep germs at bay include:

Treatment will depend on the severity of the symptoms. For mild cases, you can help alleviate your or your child's symptoms with at-home strategies. The American Academy of Pediatrics suggests:

Strategies such as using a humidifier, breathing in steam from a hot shower, or inhaling chilly outdoor air may also work for you or your child. Still, the American Academy of Pediatrics notes that no studies have shown that these commonly recommended techniques improve breathing.

In more severe cases, a medical professional may prescribe nebulized epinephrine, which works quickly, or a steroid—typically a single dose of dexamethasone, which generally has longer-lasting effects. Kids don't usually need to stay at the hospital, but adults with croup typically require more treatment and monitoring.

"Adult croup patients have been reported to need up to 10 days of treatment in the hospital, and, because of the severity, recovery may take even longer," Dr. Tolentino said. "Often patients will be treated with inhaled medications and steroid treatments." 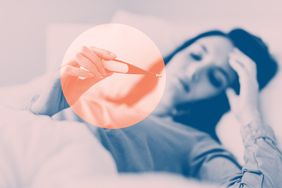 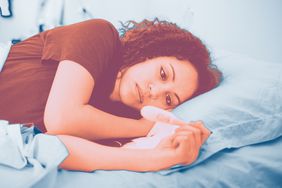 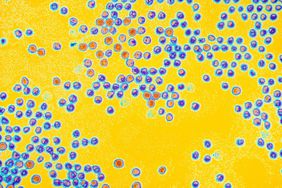 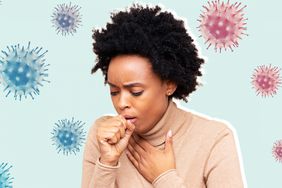