Preliminary evidence shows Omicron may better at dodging people’s immune systems—especially those who are vaccinated or boosted.

Kayla Hui is an eCommerce writer at Meredith Corporation, covering all things health, wellness, and beauty. Kayla graduated from the Boston University School of Public Health with her master's degree in public health and currently lives in New York City. During her free time, Kayla enjoys reading, trying new restaurants, and buying plants she doesn't need.

In just under two months' time, the highly-contagious Omicron variant overtook nearly all other COVID-19 variants in the US: Data from the Centers for Disease Control and Prevention showed that Omicron accounted for just 0.1% of all COVID-19 cases on November 27—now, the variant comprises 99.9% of cases.

Omicron's quick rise means scientists are still scrambling to figure out what makes the new variant more infectious than others—and whether it's due to some factors that make it inherently more transmissible, or if it just appears that way due to its ability to evade immunity through vaccines or prior infection.

That distinction is important, especially as more of the population gains immunity from the virus in one way or another. To put things into context, transmissibility refers to a virus's ability to replicate in human cells and infect each person. Immune evasion, on the other hand, is a process by which a virus invades the immune system and avoids antibodies that would destroy it.

Though it's largely unknown how much of Omicron's rapid spread is due to its inherent transmissibility versus its ability to evade immune responses, there is limited data may help explain, at least preliminarily, what may have helped Omicron gain such an advantage over other previous variants. Here's what we know so far—and what scientists still have to figure out.

What We Know Right Now About Omicron's Ability To Spread

We know that Omicron is spreading faster and more efficiently than other previous variants— but that doesn't necessarily mean it's more inherently transmissible, and there's very little evidence that shows as such.

"It may be that [Omicron] quickly reproduces to a much higher load, it may be much more efficient attaching and gaining entry into cells, or it may be that earlier infection of the upper respiratory tract gives it an advantage," John Sellick, DO, MS, professor of medicine at the Jacobs School of Medicine and Biomedical Sciences at the University at Buffalo tells Health. "We really have only limited data from a small number of laboratory studies."

One of those studies, for example, is a preprint study at Nature Portfolio Journal, meaning it has not yet been peer-reviewed. The research looked specifically at hamsters and mice that had been infected with Omicron or other variants. Those that had been infected with Omicron were found to have less lung damage than those with other variants, suggesting that Omicron might lead to a milder, but possibly more transmissible illness. Study authors pointed to another study—also a preprint—that found Omicron replicated faster than other variants in explant cultures of the human bronchus, versus those of a human lung, possibly making it more inherently transmissible. However, this data is only preliminary and it's not yet clear on how actual humans are impacted.

The likelier situation, at least as far as the current data shows, is that Omicron appears to be more contagious due to its ability to evade immunity—meaning more previously vaccinated or infected people are getting breakthrough infections, Vladimir Minin, PhD, professor of statistics and associate director of UC Irvine Infectious Disease Science Initiative, tells Health.

Minin points to research from the University of Copenhagen that compared the spread of Omicron and Delta infections within 11,937 Danish households. The study, published on the preprint server medRxiv (and therefore not yet peer-reviewed) looked at each virus' secondary attack rate (SAR), or the spread of disease within a specific setting (in this case, a household). Researchers found that, in households with Omicron, the SAR was 2.61 times higher in vaccinated individuals, and 3.66 times higher in vaccinated and boosted individuals, than those with Delta. There was, however, "no significant difference" between the SAR of Omicron and Delta among unvaccinated individuals, which demonstrates "strong evidence of immune evasiveness of the Omicron," study authors said.

And that's not the only evidence to document Omicron's ability to evade immunity. A different preprint study, led by a virology team at the Africa Health Research Institute in Durban, South Africa, found that fully-vaccinated people against COVID-19 with the Pfizer-BioNTech vaccine had neutralizing antibodies in their blood samples that were 40 times less potent against Omicron than they were against other variants, suggesting that the variant can escape from vaccine-induced immunity.

Omicron has amassed more mutations than any other variant—53 mutations, to be exact; 30 in the all-important spike protein alone—which makes it harder for the human body to identify and eliminate the virus, according to Minin.

"These mutations change shapes of SAR-CoV-2 proteins enough so that the antibodies our immune system had produced—either in response to prior infection, vaccination, or both—do not bind effectively to Omicron proteins, which reduces ability of our immune system to neutralize the virus," Minin tells Health.

"As infectious agents undergo mutation, especially the small single-stranded RNA viruses, they accumulate a variety of changes that may impede the interaction between them and our immune system," adds Dr. Sellick.

According to Phil Felgner, PhD, director of the University of California, Irvine Vaccine Research and Development Center and the Protein Microarray Laboratory and Training Facility, the mutation is what allows the virus to survive. If the virus is allowed to replicate—as it does, primarily among the unvaccinated population, "it can be transmitted from infected person to another person, and then the virus survives and keeps replicating," explains Felgner. As it gets more and more different from the virus vaccines have trained the body to detect, there's a greater chance of infection among the portion of the population that has gained immunity.

One way to gauge COVID-19's spread is by estimating how many secondary infections are produced by a single infected person. Scientists capture this estimate with a value called the effective reproduction number, also known as Rt. The "t" stands for the number of secondary infections, and can change over time depending on people's immunity, COVID-19 and other public health interventions, and seasonal weather changes.

On December 9, scientists with the United Kingdom's Health Security Agency reported an Rt value of 3.7. This means that if one person gets infected, three more people will catch it. Since the R value is more than one, this signifies that the virus is spreading, and for every existing infection, there will be roughly three new ones.

As Omicron continues to spread, scientists will continue to access Omicron's level of risk, examine Omicron's evasiveness among individuals who received two and three doses of the vaccine, and compare how Rt values compare in places with different infection histories and vaccination rates.

In the meantime, infectious disease experts urge people to continue staying up to date with the COVID-19 vaccine in conjunction with regular mask usage. "This means the primary series plus a booster," Sellick says. "While this does not completely prevent infection, it remains remarkably strong at preventing hospitalization and death." 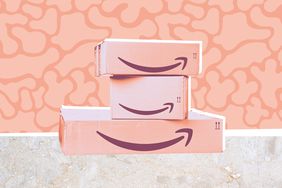 Can COVID-19 Spread Through Mail?