Jumping the line for a COVID-19 vaccine.

Some people around the US and throughout the world have used a strategy dubbed "vaccine tourism" to get the COVID-19 vaccine before it became available to them where they live. The idea of looking past your own country's borders to get medical care is not new. Lots of people travel to other parts of the world for medical treatments, from heart surgery to IVF to breast implants.

In the US and other countries, some populations had a priority for the vaccine. And certain groups continue to have priority for new boosters as they emerge, such as the elderly and health care workers. But some people who either don't have access to the vaccine or who don't fall into these groups have reportedly been jumping the line and traveling elsewhere for their shots.

In December 2020, an Indian travel agency (which claims to have coined the vaccine tourism phrase) told ThePrint that they were "taking registrations of Indians with a valid 10-year US visa" for their COVID-19 vaccine package—a four-day trip from Mumbai to New York City, with a coronavirus shot included. The cost? Approximately $1500. Other travel agencies in India confirmed to ThePrint that they created similar tour packages to the US, UK, and Russia for people to get their COVID-19 shot.

Not officially. There haven't been formal arrangements in place with foreign authorities to ensure these "vaccine tourists" get the experience they're promised, shot in the arm and all. Of equal concern are the ethics of people with money or connections visiting another state or country to get a COVID vaccine while others wait for their turn per guidelines set up by their country or state.

How Effective Are KF94 Masks in Protecting Against COVID-19 Infection?

Florida, one of the first states to make the vaccine available to everyone age 65 and over, didn't experience a smooth rollout. This was partly because initially, vaccine recipients didn't have to verify their residency status before getting the shot.

As a result, in January 2021, many people flew into the Sunshine State to get their shots—from other states and even from other countries, like Argentina.

That loophole was closed. On January 19, 2021, Governor Ron DeSantis said, "We're only doing (shots) for Florida residents. You've got to live here either full-time or at least part-time." Two days later, the Florida State Surgeon General, at the time, Scott Rivkees, MD, issued a public health advisory requiring verification of residency in Florida for anybody receiving the vaccine.

The inclusion of part-time residents was a relief to so-called "snowbirds"—people who live in Florida during the winter months. "Now we do have part-time residents who are here all winter," DeSantis said. "They go to doctors here or whatever, that's fine. What we don't want is tourists, foreigners. We want to put seniors first, but we obviously want to put people that live here first in line," added DeSantis.

Vaccine Tourism Across the US

In other parts of the US, some form of "vaccine tourism" has also happened. For example, Mark and Connie Wallace, from Shelby County, Alabama, told ABC News in January 2021 that they drove almost two hours to get vaccinated at a Publix pharmacy in Carroll County, Georgia.

"They knew that we were coming from out of state and they said that that was fine," said Connie, who told the station that she was 68 and had underlying health issues related to her heart. "So we didn't feel like we were pushing anybody else out, which we didn't want to do," explained Connie.

"A provider cannot refuse to vaccinate someone that presents for vaccination if they fall into the open prioritization phase and do not have a vaccine contradiction, so a resident of another state could be vaccinated here if they fall into the appropriate open prioritization phase," the department said in a statement to the Associated Press in January 2021.

In the US, vaccine eligibility is determined by individual states, and each state has its own rules and procedures. The New York Times reported in October 2021 that some local public health departments created portals that people could use to make vaccination appointments, while others hosted mass vaccination events working on a first-come, first-served basis.

Many states let you check your eligibility for the vaccine online, and if you weren't yet eligible, you could register to be notified when your turn came up for the shot. In some states, you don't have to be an official resident to be eligible. For instance, the official California state government website states that "vaccine distribution is based on eligibility irrespective of residency or immigration status."

Vaccine tourism became popular when COVID-19 vaccines first became available to the public. Since then, the Centers for Disease Control (CDC) has been tracking COVID-19 vaccination rates across the US, and there has been a decreased demand for vaccine tourism as vaccine availability has improved in the US and throughout the world. 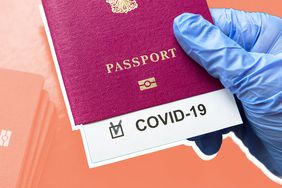 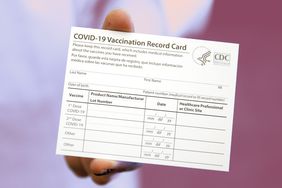 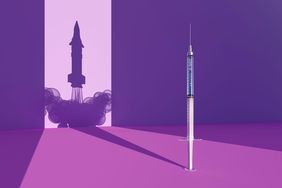 What Is 'One-Way Masking'—And How Can It Protect You From COVID?
COVID-19 Vaccine Priority Groups: CDC Panel Recommends Who Should Get the Vaccine First 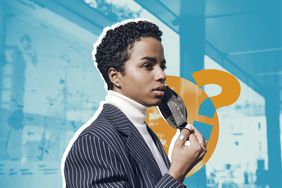