Tia Bee Stokes, the TikTok Influencer Dancing Her Way Through Leukemia, Has Been Hospitalized With COVID-19

Her doctors said it was "inevitable" that she'd eventually get the virus, because of her challenged immune system.

Tia Bee Mele Stokes—better known as @thetiabeestokes—is basically a TikTok celebrity known for dancing her way through chemotherapy treatments for cancer. But Stokes recently revealed that she got some disheartening news: In addition to her cancer diagnosis, she's now also fighting COVID-19.

Stokes, who was diagnosed with acute myeloid leukemia in April, shared multiple photos and videos from her hospital bed Tuesday. “Asking for prayers more than ever right now and Love,” the 34-year-old mother of five captioned one Instagram post. “My medical team is always concerned for me and ran some tests....my tests came back and I tested positive for Covid. Covid + Cancer.”

In a video on YouTube, Stokes shared herself talking from her hospital bed, clearly looking exhausted. In the video, she apologized for not being as "energetic as I usually am." Within the first few minutes of the video, Stokes takes a break from talking to cough—a preview of her struggles with COVID-19 on camera.

She explained that she began feeling ill on Saturday night, "and on Sunday I was sicker," she said. Stokes also explained that she feels bad for her family, who also has to be in quarantine now too, after being exposed to the virus, though they do not have COVID-19. "I have so much guilt right now," she said.

She also laid out a few of her COVID-19 symptoms: "I have zero energy, I have body aches, headache non-stop, sore throat, my cough has gotten worse, mucus, nausea."

Only adding to her situation, Stokes said in her Instagram post that her doctors thought her diagnosis was “inevitable” given that she’s neutropenic, meaning she has an abnormally low level of white blood cells. (White blood cells can help fight off infection.) Neutropenia is often caused by cancer treatments, according to the American Cancer Society (ACS).

Stokes said she has “no immune system” and is “asking for major prayers my body will fight this off.” She continued, “The [doctors] have just told me that any of the treatments they would give me would ruin my chances at a bone marrow transplant so my body needs to try and fight it on its own. I know there’s a miracle in this.”

In a later Instagram post, she revealed that battling cancer and COVID at the same time made her feel "too weak to dance"—but Stokes, who vowed to keep dancing her way through cancer treatments, later shared a video on TikTok of herself snapping her fingers to “Glorious” by Macklemore, featuring Skylar Grey. “Cancer + Covid can’t stop this dance...keep moving friends,” she wrote in the caption.

In her COVID announcement—filmed during her 153rd day of fighting leukemia—Stokes said she "didn't think this cancer journey could get worse," but that "it's alright, it's another opportunity that we're able to grow and get stronger," she said, adding that she's grateful for her followers and that she'll need them to continue dancing in support of her cancer journey.

She also urged her followers to protect each other by continuing to wear masks and stay six feet apart. "I know you may not like that," she said, but to look at it as an act of obedience and love for each other.

Stokes wrapped up her video with a prayer. "I love you guys, I'm so grateful for all of you," she said. Shortly after her video aired, the hashtag #TogetherForTia started trending, and her followers began fulfilling her request to dance for support. 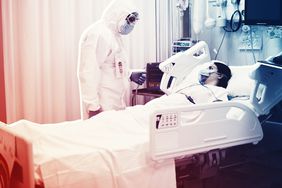 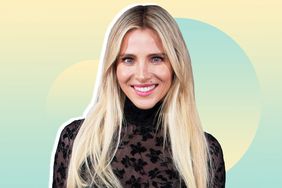