Experts are looking into a possible link.

Millions of Americans are lining up for COVID-19 shots, and while some people have pain, fatigue, or fever afterward, most side effects are mild. That's why a recent headline about a rare blood disorder—a condition called immune thrombocytopenia (ITP)—that reportedly occurred in a small number of people after getting their COVID vaccine might have given you pause.

In early February, the New York Times broke news about problems a few patients experienced after vaccination. At the time, 36 reports of ITP had been submitted to the federal government's Vaccine Adverse Event Reporting System (VAERS), the Times reported. ITP is also the same condition that led to the death from brain hemorrhage of a Florida physician in January, according to news reports.

The US Food and Drug Administration (FDA) says anyone, including health care providers, patients, their family members, and state immunization programs, can report adverse events that occur after someone is vaccinated. Both FDA and the Centers for Disease Control and Prevention (CDC) review data reported to VAERS. FDA characterizes the reporting system as "a valuable tool" for keeping tabs on patient safety after vaccines go to market.

4 People Given the New COVID Vaccine in Clinical Trials Developed Bell's Palsy—Should You Be Worried?

In a commentary for the American Journal of Hematology now available online, researchers examine the evidence: Does a relationship exist between the Pfizer and Moderna COVID vaccines and ITP?

As James Bussel, MD, professor emeritus of pediatrics at Weill Cornell Medicine in New York City and a leading researcher in the field, told Health in February, only 19 of the reports to VAERS represent "clear cases" of ITP. The cases are equally divided between the two COVID manufacturers, and they don't seem to be age- or gender-specific. In the online commentary, he and his colleagues note that the incidence of ITP after COVID vaccination "appears either less than or roughly comparable to what would be seen if cases were coincidental following vaccination."

In recent weeks, Dr. Bussel he has heard of additional cases and that he and his team plan to update their numbers in the near future.

But if you're thinking about getting a COVID vaccine, here's why you needn't be overly concerned about reports of this rare blood disorder. No one knows for sure whether there is a connection between the vaccine and cases of ITP. Did the shots cause the problem, or could it be that these people would have developed immune thrombocytopenia anyway? Is it just a coincidence that symptoms surfaced post-vaccination?

If there is a cause-and-effect relationship, it is likely to be a very uncommon occurrence. In clinical trials of the Moderna and Pfizer vaccines, which involved roughly 30,000 and 44,000 people, respectively, serious adverse events were rare and occurred at similar rates among trial participants whether they received the vaccine or a placebo. Trial data from the two pharmaceutical companies, published in separate reports in the New England Journal of Medicine, does not mention thrombocytopenia among adverse events recorded during clinical trials.

While it may not have surfaced among the 74,000 trial participants, as more people get vaccinated, a case of ITP may pop up here and there. "When millions are vaccinated, there inevitably will be some people who develop ITP," Dr. Bussel says.

What exactly is immune thrombocytopenia?

Thrombocytopenia is a medical term meaning low platelet count. Thrombocytes, or platelets, are a type of blood cell that helps blood to clot, says Mayo Clinic. There are different types of thrombocytopenia with different causes.

ITP, or immune thrombocytopenia, presents in 1 in 35,000 people in the US each year, according to the FDA. With ITP, the body's immune system attacks and destroys its own platelets and produces fewer platelets than normal. "What happens is that, for an unknown reason, your immune system makes antibodies to platelets," explains Dr. Bussel, who says there are several different theories about why that may happen. It's been known to occur with other vaccines too, he says.

Normally, platelet counts range between 150,000 and 450,000 per microliter of blood, Dr. Bussel says. It's possible to have a lower-than-normal platelet count and not have symptoms. However, when the platelet count is low enough and symptoms do occur, bruising and bleeding are common, he says. Pin-sized reddish-purplish spots called petechiae can appear on the skin. Nosebleeds, bleeding from the mouth, and heavy periods can also occur. Most people respond to treatment with intravenous immunoglobulin and/or steroids, he says.

How vaccine manufacturers are addressing cases of bleeding

By using VAERS, anyone can search adverse events to COVID vaccines by keywords and symptoms, an FDA spokesperson tells Health.

The Times described the case of a New York City woman who developed bruising on her arms and legs and bleeding blisters in her mouth a day after her first dose of Moderna's COVID vaccine in January. She was hospitalized the same day her symptoms appeared and, after receiving treatments, was released last week. Another woman, in Texas, had heavy vaginal bleeding and red spots on her wrists and ankles. She, too, was successfully treated.

However, Gregory Michael, MD, a 56-year-old Miami Beach obstetrician, who developed symptoms of the blood disorder three days after receiving the Pfizer-BioNTech vaccine in January, died from a brain hemorrhage.

In a prepared statement obtained by Health in February, Pfizer said it is aware of cases of thrombocytopenia in vaccine recipients and is collecting information to share with the FDA. "However, at this time, we have not been able to establish a causal association with our vaccine," the company stated. Pfizer further noted that is closely monitoring all adverse events

A Moderna spokesperson noted that the company continuously monitors the safety of its vaccine and shares safety information with regulators, adding that the rate of thrombocytopenia is well below the expected number of such events.

An FDA spokesperson contacted by Health in February said the agency "continues to investigate and assess the reported cases of thrombocytopenia, and we will update the public as we learn more about these events."

Should you be worried about getting the vaccine?

In a word, no. For one thing, it's not possible to know at this time if cases of ITP in patients receiving the COVID vaccine are causal or coincidental, according to a statement prepared by the medical advisory board of the Platelet Disorder Support Association (PDSA), a nonprofit patient support group.

The risk of ITP appears to be much lower than the risk of developing COVID-19. "This should not provide a reason for people not to be vaccinated," says Dr. Bussel. "And if they have any uncertainties, they should consult with their physician."

But what if you already have ITP? Should you get vaccinated? Based on available information, PDSA's medical advisors say people with pre-existing ITP "should not hesitate" to get their COVID vaccination, adding that individuals may choose to consult their hematologist or another physician before proceeding. 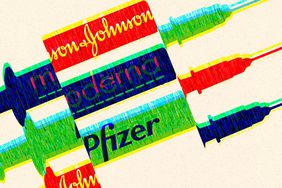 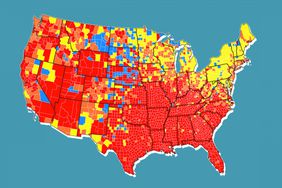 Study: mRNA Vaccines Fare Better Against COVID Variants
What Is VAERS? Why the CDC Database Is Crucial to Vaccine Safety—and How to Use It Responsibly 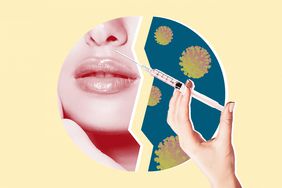 Moderna's COVID-19 Vaccine May Cause Side Effects in People With Facial Fillers, Says FDA—Here’s What to Know 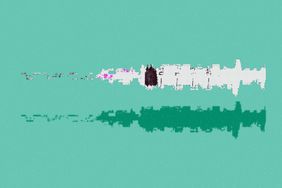 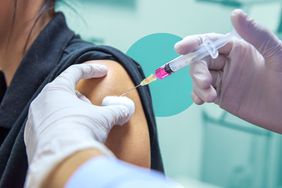 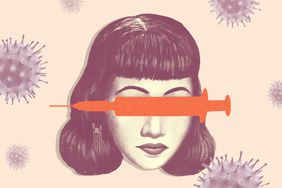