Everything we know so far, and if you should worry.

Scientists in the UK are investigating a new coronavirus variant to figure out if it's contributing to a faster spread of COVID-19 in certain parts of the country. According to Public Health England (PHE), 1,108 cases with this new variant—named 'VUI – 202012/01' as it's the first variant under investigation in December—had been identified as of December 13.

The new coronavirus variant: how widespread is it?

On December 14, UK Health Secretary Matt Hancock said at least 60 different local authorities, mainly in the South and East of England, had recorded COVID-19 infections caused by the new variant, reported the BBC.

The scientists tracking the genetics of the virus, from the COVID-19 Genomics UK (COG-UK) Consortium, released a statement on December 14 explaining that this variant has a large number of mutations. Of particular interest to the scientists is the N501Y mutation, which is found in the Spike protein, where the coronavirus binds with the receptors on host cells in the human body. The statement confirmed that "efforts are under way to confirm whether or not any of these mutations are contributing to increased transmission."

Four People Given the New COVID-19 Vaccine in Clinical Trials Developed Bell's Palsy—Should You Be Worried?

Is the new coronavirus variant something to worry about?

It's completely normal for a virus to mutate; seasonal influenza mutates every year (which is why a new flu shot becomes available every year as well). So a new coronavirus strain isn't necessarily a "worse" strain than any other.

"The virus is constantly mutating," infectious disease expert Amesh A. Adalja, MD, senior scholar at the Johns Hopkins Center for Health Security in Maryland, tells Health. "And while mutations are often the stuff of Hollywood movies, most mutations don't have a functional significance."

This was also the message from Dr. Susan Hopkins, interim chief medical advisor of the UK's National Health Service's Test and Trace program and PHE joint medical advisor, who said, per the PHE statement, "It is not unexpected that the virus should evolve and it's important that we spot any changes quickly to understand the potential risk any variant may pose. There is currently no evidence that this strain causes more severe illness, although it is being detected in a wide geography especially where there are increased cases being detected."

Dr. Michael Ryan, the executive director of the World Health Organization emergencies programme, said the WHO was aware of the variant. "This kind of evolution and mutations are actually quite common," he said during a virtual press conference on December 14. "The question, as we've had most recently with the mink variants in Denmark and previous variations, is: does this make the virus more serious? Does it allow the virus to transmit more easily? Does it in any way interfere with diagnostics? Would it in any way interfere with vaccine effectiveness? None of these questions are addressed yet."

The UK's chief medical officer Professor Chris Whitty said in a press conference that there's nothing to suggest that a vaccine wouldn't work against the new strain, reported the BBC. He also confirmed that current COVID-19 swab tests being used in the UK can detect it.

Pfizer's COVID-19 Vaccine Ingredient List: What to Know, According to Experts

"There's still quite a small proportion of the population [who are thought to] currently have immunity due to prior infection," Whitty said. "So there isn't a huge selection pressure on this virus. And therefore, it would be surprising—not impossible, but pretty surprising—if [the new strain] would actually have evolved to be able to get around the vaccine."

As the coronavirus changes and new strains become common, it's vital to track and study mutations, Dr. Adalja says. It will take scientists some time to figure out the full effects of this new mutation, but right now, there's no reason to panic. 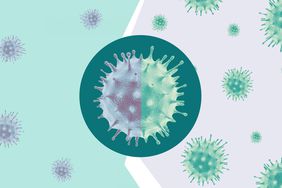 What To Know About BA.2, the 'Stealth' Omicron Variant 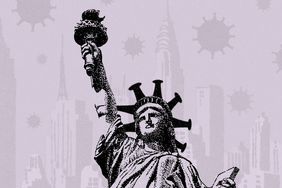