She planned to get the vaccine after her daughter was born, her grieving family said.

An Arizona family is caring for a newborn while mourning the loss of the baby's 31-year-old mother from COVID-19.

Patricia Denise Jackson died on September 13 from complications of the virus, just days after delivering her daughter via emergency C-section.

Jackson was eight months pregnant when she first developed signs of COVID-19, her boyfriend, Michael Jerome, wrote in a GoFundMe to raise money for their daughter. Jerome took her to the hospital on August 28, where a rapid test for the virus came back negative. Jackson was diagnosed with pneumonia and sent home.

But when Jackson's symptoms got worse, Jerome took her back to the hospital on August 31. This time, a test confirmed that she had COVID-19.

At that point, Jerome told USA Today, "everything stated to fall apart." Jackson was transferred to a hospital in Phoenix for an emergency C-section. The couple's daughter, Kara Leola Jerome, was born on September 1. She weighed just four pounds and wasn't getting enough oxygen due to her mother's illness. Baby Kara was given oxygen, put on a feeding tube, and kept in the NICU away from her family. Jerome said he wasn't able to see his daughter for nearly a week due to the hospital's COVID-19 protocols.

"It was terrible. What really bothered me is that her mother couldn't even hold her because of COVID," he said. "She was in the NICU all by herself." Jackson's mother, Theresa Caruthers, said he daughter was "scared" and "tired" after having her baby.

On September 7, she was put in a medically induced coma after suffering with a collapsed lung and low oxygen levels. She died four days later on September 11.

Jackson was not vaccinated against COVID-19, but she told her boyfriend and mother that she planned to get the vaccine after her daughter was born. "I understand you're pregnant and don't know what the vaccine would do to the baby and that's why I didn't fault Patricia's decision," Jerome said.

Jackson isn't the only pregnant or postpartum woman who held off on getting the vaccine because of fears about how the shot would affect a developing or newborn baby. But it's important to note that both the Centers for Disease Control and Prevention (CDC) and American College of Obstetricians and Gynecologists (ACOG) recommend that pregnant women get fully vaccinated against COVID-19.

Jerome is now raising his baby alone. "My daughter doesn't get to know her mother and it breaks my heart," Jerome said. "She looks a little bit like her so it's been rough." 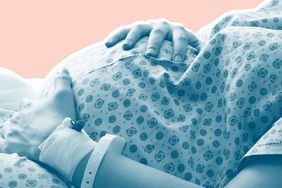 Woman Dies After Emergency C-Section Due to COVID-19: 'She Was Beautiful Inside and Out' Says Husband 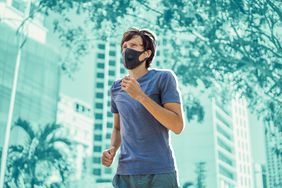