He's not the first person to develop hearing loss after having COVID-19—but doctors aren't yet convinced of a specific connection.

The authors of a new case report are urging doctors to screen COVID-19 patients for sudden hearing loss after a man in the UK lost hearing in one ear soon after recovering from the virus.

The man's story was published in BMJ Case Reports. According to the report, the unidentified 45-year-old man had asthma and was hospitalized 10 days after he began showing symptoms of COVID-19. He eventually needed to be intubated and was transferred to an intensive care unit "due to high work of breathing."

The man's intubation lasted 30 days, and he had a series of complications, including pulmonary embolisms in both lungs (a serious and potentially life-threatening condition), pneumonia, high blood pressure, and anemia. He was treated with the anti-viral drug remdesivir, IV steroids, and plasma exchange, and eventually recovered. A week after his breathing tube was removed and he was transferred out of the ICU, he noticed a ringing in his left ear, followed by sudden onset sensorineural hearing loss (SSNHL), or sudden deafness.

Aside from his asthma, the man was "otherwise fit and well" before contracting COVID-19, the researchers wrote.

The man was given oral steroids for seven days and had a "partial subjective improvement" in his hearing loss. But overall, the researchers wrote, he had "no further improvement in his hearing" through diagnostic testing. And while the researchers didn't say for sure that COVID-19 caused the man's hearing loss, they wrote that "it was postulated" that the virus had something to do with it.

The National Institute on Deafness and Other Communication Disorders (NIDCD) defines sudden onset sensorineural hearing loss as an unexplained, rapid hearing loss that can happen all at once, or over the course of a few days. The hearing loss occurs when something is wrong with the sensory organs of the inner ear, and usually only affects one ear.

The NIDCD says the most common treatment for sudden hearing loss, especially when it's due to an unknown cause, is corticosteroids, which work by reducing inflammation, decreasing swelling, and generally helping the body fight off illness. Doctors can also inject steroids directly into the ear, for patients who want to avoid systemic treatment.

The sooner a patient begins treatment for hearing loss, the better the projected outcome. The NIDCD says treatment that is delayed for more than two to four weeks will have less of an impact in reversing or reducing permanent hearing loss. And if a patient doesn't respond to treatment, or the hearing loss is severe, doctors may recommend hearing aids or cochlear implants.

What's the link between sudden hearing loss and COVID-19?

Though hearing loss—and any hearing issues in general—aren't on the list of COVID-19 symptoms for the Centers for Disease Control and Prevention (CDC) or World Health Organization (WHO), this man's story isn't the first time COVID-19 has been linked to hearing loss, and the BMJ case report also breaks down a few other incidences that have been documented.

It's important to note, however, that these reports don't specifically say that COVID-19 causes sudden hearing loss—just that there's a link. And there's a big difference between finding a link between two things and saying that one actually causes the other. To that point, doctors not involved in the study aren't convinced that there's a scientifically-sound link between coronavirus and hearing loss.

"I don't think this case report has given any evidence that there is a relation," Steven D. Rauch, MD, director of the Vestibular Vision at Mass Eye and Ear, tells Health. Some experts, like Oliver Adunka, MD, professor of otolaryngology at The Ohio State University Wexner Medical Center, are even surprised the case report was published at all. "Both COVID and sudden onset hearing loss are common enough that this could be a coincidence," he tells Health.

The report's authors even point out in the beginning of the paper that sudden hearing loss happens in up to 160 out of 100,000 people a year, and notes that, while sudden hearing loss can be due to viruses—including herpes and cytomegalovirus—the exact cause is usually unknown. Still, researchers can't rule out a potential link between COVID-19 and hearing loss completely.

"Our previous experience is that sudden hearing loss can happen during or after any physical illness causing stress on the body," study co-author Foteini Stefania Koumpa from the University College London, tells Health. "Both inflammation and increased cell stress may play a role here. This suggests that the immune system may be involved in some way, which is why early steroid treatment is the best currently available treatment, either given via a tablet, injection through the ear drum, or both."

Amesh A. Adalja, MD, senior scholar at the Johns Hopkins Center for Health Security, also notes that just a few case studies among millions of cases of COVID-19 is scant evidence of a link. "If they had one patient who had sudden hearing loss, there's no compelling evidence of a link at all." Dr. Adalja says. "This is a single case report and you cannot extrapolate much from it," he tells Health.

That said, Dr. Rausch urges that sudden hearing loss under any circumstance is serious. "If someone has a drop in hearing, they should get help immediately," he says. "There is only a short period of time to be treated with steroids that may help."

"The main take-home message for people reading this is that sudden hearing loss is easy to ignore, but it should be treated as an emergency," Dr. Koumpa tells Health. "Early recognition, diagnosis, and treatment of sensorineural hearing loss, give the best chance of recovery." 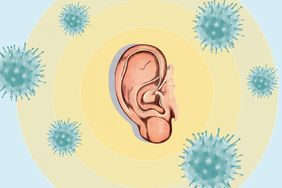 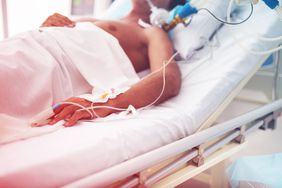 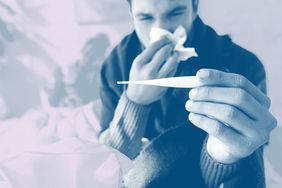 What Is 'Feather Duvet Lung'?
How Does COVID-19 Affect the Brain?
This Man Tried To Enlarge His Penis by Injecting It With Petroleum Jelly: It Went Dangerously Wrong