Public health officials were keeping tabs on this mutation of the Delta variant in 2021.

Kashif J. Piracha, MD, FACP, FASN, FNKF, is a practicing physician at Methodist Willowbrook Hospital in Houston, Texas. He is board-certified in both internal medicine and nephrology by the American Board of Internal Medicine with more than 14 years of experience of treating patients in both short- and long-term acute care hospitals as well as rehabilitation facilities. Dr. Piracha is also involved in the teaching and mentoring of medical students as the clerkship director of internal medicine for the Texas A&M College of Medicine at Methodist Willowbrook site. Dr. Piracha received his medical degree from King Edward Medical University in Lahore, Pakistan, and completed his residency at Memorial Health University Medical Center in Savannah, Georgia. He later completed a fellowship in nephrology and hypertension from Stony Brook University Hospital in Stony Brook, New York. He is a fellow of the American College of Physicians, the National Kidney Foundation, and the American Society of Nephrology.

As the super-transmissible Delta variant marched across the US in 2021, mutant versions developed. Among the iterations giving the world's public health officials pause was AY.1, also known as "Delta-plus."

COVID-19 variants can come and go. So was Delta-plus a mutation to worry about?

Human coronaviruses are named for the crown-like spikes that surround the virus. SARS-CoV-2, the virus that causes COVID-19, is no exception. It's covered in spike proteins that help the virus enter healthy cells.

The Delta-plus variant carried a specific spike-protein mutation called K417N. According to the Washington Post, that same mutation had been found in some substrains of Alpha, which had been the dominant strain in the US in the spring of 2021 until Delta took hold.

"Interestingly enough, this exact same mutation appeared in the Beta variant, and the Beta variant has been out-competed by the Delta variant," Kenneth Stedman, PhD, professor of biology at Portland State University in Oregon, told Health. "So it may turn out that Delta-plus is actually worse than Delta. We don't know."

Lambda Is the Latest 'Variant of Interest,' Says WHO—Here's What We Know So Far

First identified in Europe in March 2021, Delta-plus was found in several other counties, including the US, per Washington Post reporting.

In a technical briefing published in June 2021, Public Health England noted that routine scanning of the Delta variant led to the detection of a small number of genomic sequences with the K417N spike protein mutation.

According to the BBC, India's health ministry classified AY.1 as a "variant of concern" in June 2021. The news organization reported that that designation indicated that it was more transmissible, could bind more easily to lung cells, and was potentially resistant to monoclonal antibody therapy.

Was Delta-Plus Circulating in the US?

Fortunately, the Delta-plus variant never took hold in the US. It accounted for a tiny fraction of COVID-19 cases in the US: just 0.1%, per data released in August 2021 by the US Centers for Disease Control and Prevention (CDC).

However, Delta was the dominant variant in the US for much of 2021. If you count all of its sublineages (including its AY.1, AY.2, and AY.3 mutations), Delta was responsible for an estimated 99% of COVID-19 cases in the US, according to CDC data and a Yale Medicine report.

The Delta variant was also highly contagious. An internal CDC document obtained by the New York Times indicated that Delta was just as contagious as chickenpox and more transmissible than the viruses that cause MERS, SARS, Ebola, the common cold, the flu, and smallpox. As of April 2022, despite no reported cases of the Delta variant, the CDC still listed Delta as a variant being monitored (VBM).

What Is a COVID 'Breakthrough' Infection—And What Should You Do if You Get One?

Did Another Variant Replace Delta?

As is the nature of coronaviruses, it wasn't long before Delta was replaced by a new variant—Omicron. In a December 1, 2021, CDC media statement, authorities announced that the first case of the Omicron variant was found in an individual in California. The person had just returned from traveling to South Africa, which is where the Omicron variant was first discovered.

By December 20, 2021, Omicron had been detected in every state and territory in the US. As of May 2022, Omicron continues to be the dominant variant, per the CDC. The CDC also states that Omicron spreads more easily than previous variants, and continues to encourage people to get vaccinated against COVID-19. 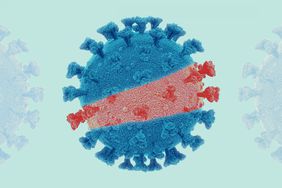 Is There a Test for the Delta Variant? 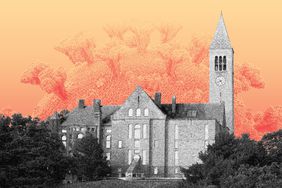