COVID-19 Testing: Here's How Often You Should Really Be Doing It

Testing is necessary to end the pandemic.

In March 2020, while suffering from cold-like symptoms and a fever, I likely needed a Covid-19 test—but since I hadn't been to China, I was told I couldn't get one. Eight months later, it seemed like everyone I knew was getting Covid-19 tests (whether they had symptoms or not) before seeing family, to justify traveling, or just to be aware of their status.

But at the time, the US was in the midst of a third wave of the pandemic; the nation had set a record on October 29, 2020, with 83,757 new cases—the highest number of cases in one day they had seen to that point. Considering the fact that the spring had seen widespread shortages in testing supplies, could routine testing overtax the medical system?

Suzanne Pham, MD, medical director of the COVID-19 response team at Weiss Memorial Hospital in Chicago, felt that the availability of testing had seemed to improve by November 2020, but worried as to whether or not the supplies would last as long as they needed to. Despite steps the US had taken to better prepare itself for another onslaught of cases, hospitals, labs, and medical centers were still not at a point where they could handle unlimited testing.

Though not perfect, there were significant improvements in testing. Rapid tests, which had become more widely available, use the same technology as polymerase chain reaction (PCR) tests, which directly detect the presence of an antigen, something that induces an immune response, rather than the presence of the antibodies (antibodies would show if you had previously had COVID-19 in the recent past).

So much depends on the timing of your test, Dr. Pham added, because it takes a certain amount of time for the virus to replicate enough to even be detected. "If you were exposed an hour prior to getting tested, well, it's highly unlikely that test is going to pick it up. It may take three, four, or five days for you to test positive," she explained—and, during that time, you could be infecting others.

That's not to say doctors—including Dr. Pham—aren't all for more testing. "You can't manage what you can't measure, and we need massive, full-scale development and deployment of COVID-19 testing," Joseph Allen, DSc, director of the Healthy Buildings program at Harvard, an assistant professor of Exposure Assessment Science at the T.H. Chan School of Public Health, and a member of the Lancet COVID-19 Commision, told Health. In an ideal scenario, routine testing could not only catch potentially asymptomatic cases, it could also catch cases before symptoms develop, helping to slow the spread.

Allen predicted that eventually testing would be normalized, and that getting a COVID-19 test would be as simple as, say, getting a pregnancy test. "The accuracy of these tests is getting better each week, and the arrival of low-cost, antigen-based rapid tests that you can self-administer and get results from within minutes could fundamentally shift the course of the pandemic," said Allen.

And that did happen, but the rollout of those tests took time. In the fall of 2020, Abbott Laboratories, for example, shipped 100 million rapid COVID-19 tests for free. "That sounds like a lot, but it only means every third person in the country gets a test once a year," said Allen. "We need a massive upscaling."

Even then, the problem with casual testing comes when people rely solely on it. "We have evidence of that in a high-profile, spectacular way at the White House," said Allen. "They had a testing-only strategy and ignored all other controls—no social distance, no mask-wearing—so it was never a question of if infection would happen at the White House, it was just a matter of when."

Regular testing is only a part of COVID-19 prevention. "We still have to do everything else: Maintain a small social network, stay socially distanced, wear masks, and wash our hands," said Allen. "When testing is done right, with those controls in place, it can work really well. Just look at the major sports leagues."

For example, the NBA, which resumed its season in July 2020 after taking a break during the pandemic, reported no COVID-19 cases during the 90-plus days players, coaches, and staffers were sequestered in a protective "bubble" in Florida to reduce exposure risk. Everyone received COVID-19 tests at least every other day for the week before joining the bubble; after that, players who left the bubble were required to be tested each day they were gone if they left for less than a week, or at least the seven days before returning to the bubble if gone longer.

But if you're not getting tested regularly, that's OK. The Centers for Disease Control and Prevention (CDC) says that reasons to get tested include: People who have symptoms of COVID-19, people who have had close contact (known or suspected) with someone with confirmed COVID-19, people who are traveling, and people whose work requires it or it's required in order to attend an event. As long as you follow those safety guidelines, there's no need to get tested weekly.

"We know these other control strategies work," said Allen. "It's about sticking to the basics." 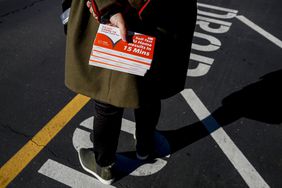 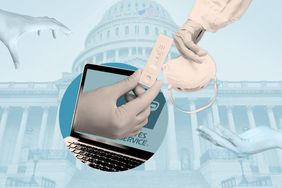 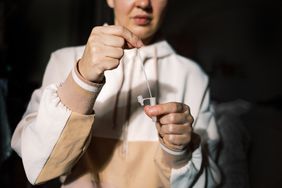 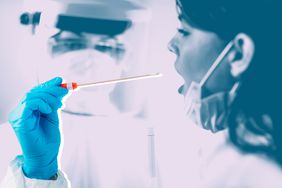