Condoms may be disappearing from store shelves soon—and other forms of birth control could also be affected by the pandemic.

Thanks to the new coronavirus, couples are spending a lot more time together than they're used to. Suddenly, they have a greater opportunity for things that may have plummeted to the bottom of their priority list—like sex.

But if we're in for a COVID-19 baby boom, it might not be due to a widespread desire to procreate. A worldwide shortage of condoms could be in the cards, the world's biggest producer has warned.

Malaysia's Karex Bhd, a company that makes one in every five condoms globally, was forced to shut down production for more than a week after the government imposed a lockdown to curb the spread of the new coronavirus. During this time, not a single condom was produced in any of Karex Bhd's three Malaysian factories, reported The Guardian, resulting in a shortfall of 100 million condoms.

The company was permitted to recommence production on March 27 under a special exemption for "critical" industries, but with only 50% of its workforce.

"It will take time to jumpstart factories and we will struggle to keep up with demand at half capacity," said the chief executive, Goh Miah Kiat. "We are going to see a global shortage of condoms everywhere, which is going to be scary. My concern is that for a lot of humanitarian programmes… in Africa, the shortage will not just be two weeks or a month. That shortage can run into months."

It's not just happening in Malaysia; during the recent COVID-19 outbreak in China, many factories were closed and workers were asked to stay home or work reduced hours. Today, many Chinese contraceptive suppliers are still not back to full capacity.

Chris Purdy, CEO of nonprofit DKT International, a large global provider of family planning, HIV/AIDS prevention, and safe abortion products and services, is already witnessing the impact of coronavirus on the availability of condoms and other contraceptives around the world.

What Does Shortness of Breath Feel Like? Doctors Explain This Coronavirus Symptom

"We expect delays in production and shipping schedules," Purdy tells Health. "Our program in Myanmar reports a shortage of implants. In Mozambique, we anticipate a condom shortage, as delivery times from our Malaysian manufacturer double from two to four months."

Most of the world's condoms are produced in Asia, but many Asian production facilities provide critical raw materials to other manufacturers worldwide, explains Purdy. This means more shortages may occure in the near future—and not just of condoms.

"We are already hearing that some pharmaceutical manufacturers in India are now expecting to experience slowdowns due to a lack of the requisite Active Pharmaceutical Ingredients (APIs) from their Chinese suppliers," says Purdy. "Over concerns of supply shortages, the Indian government has now prohibited manufacturers from exporting any products containing progesterone, a critical hormone used in many contraceptives."

If manufacturers are forced to source from new API suppliers, they have to follow the correct procedure—which can cause even more delay. "In some countries, the need to re-register products with the relevant oversight bodies can take months or even years," says Purdy.

What Is a Dry Cough? Experts Explain This Coronavirus Symptom

Supply chain issues form only one part of the picture. Concerns about transmission of the new coronavirus has lead to increased vigilance by oversight bodies, including around import, freight, and clearance of shipments.

"There is increased scrutiny and requests for paperwork on products arriving from other countries, resulting in delays in clearance approvals," explains Purdy. "In Uganda, delays and complications in shipping from Asia may result in DKT having no condoms to sell as we wait for two containers to arrive. And in Egypt, DKT shipments of condoms and IUDs are now quarantined for an additional 18 days before being released." In countries where inventories are not well-managed, stock-out situations in the weeks ahead are likely.

While Purdy acknowledges that these concerns are probably less of an issue for the US and European markets, that doesn't mean they won't be affected.

"I think there will be concern over the supply of oral contraceptive pills (OCPs) and condoms, as so many of these products are manufactured overseas," Rebecca C. Brightman, MD, assistant clinical professor of obstetrics, gynecology, and reproductive medicine at The Icahn School of Medicine at Mount Sinai, tells Health. "It's a catch-22 situation—many people don't want to conceive during a pandemic."

Tinder Is Warning Users to Protect Themselves From Coronavirus—but Can You Get It From Sex?

Dr. Brightman's advice is to not hoard these products at this time, but it's wise to ensure you have enough to last for a few weeks. As of April 1, Amazon still has a wide range of condoms available, with a three-day delivery time at an additional charge.

If you're worried about your OCP supply, speak to your primary care doctor or ob-gyn. And if you've been considering an IUD, this is a good time to make that appointment, says Dr. Brightman. This not only eliminates the anxiety of running out of OCPs or condoms, but also frees up the supply of those other forms of contraception for those who don't have a choice.

Bruce Weiss, vice president of marketing at Trojan Brand Condoms, tells Health that some online retailers have recently classified condoms as "non-essential" items and increased shipping time up to 30 days. "We believe condoms are essential items that protect against STDs and unintended pregnancies," says Weiss. "We hope these retailers reconsider classifying condoms as essential and speed their online deliveries to all, helping couples stay safe and protected during this unprecedented time." 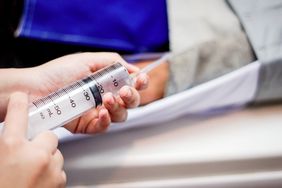 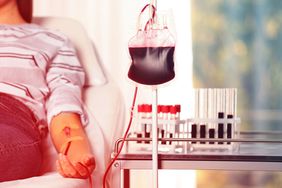 Your Guide to Donating Blood During Coronavirus: Who Can Donate, Where to Go, and How Often You Can Help 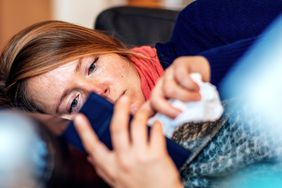 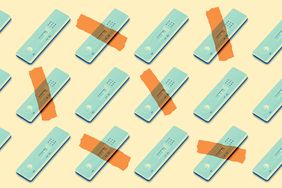