"Happy birthday and whatever but what about the pandemic?"

Rapper Cardi B turned 28 over the weekend, and she celebrated with a lavish Las Vegas party held on Saturday night—but the event (and the photos from it) has drawn some major criticism from fans and other people online for the lack of social distancing and mask-wearing.

Cardi shared a photo from the event on her Instagram account early Monday morning that showed her laying on the ground with a big crowd gathered around her. Only one person appears to be wearing a mask—the others aren't. "I don't know ...blame it on Tommie & JT," she wrote in the caption.

The rapper also shared videos in her Instagram Stories of her party, including one where a masked waiter hands her a smoking drink with gold pieces floating on top. Other videos showed mostly unmasked people drinking, partying, and twerking. At one point, a video scans over the crowd of more than 100 people.

It looks like a great time, but the people in Cardi B's comments section weren't pleased with her apparent disregard for safety measures against the spread of COVID-19. "Thats so irresponsible y'all forget we are in a worldwide pandemic," wrote one person, while another said, "happy birthday and whatever but what about the pandemic?"

"So celebrities don't think social distancing applies to them too? got it," shared another, with one person commending the single person shown wearing a mask in Cardi's Instagram photo: "Shoutout to the one dude wearing a mask." Of course there were many, many more commenters weighing in aside from these four examples, but they all had the same complaints: No mask-wearing or social distancing during a large gathering held indoors during a pandemic.

Cardi has yet to respond to the criticism from her fans; but for the record, the Centers for Disease Control and Prevention (CDC) currently recommends that everyone put at least six feet of distance between themselves and those who live in other households. And, when that's not possible, the CDC advises wearing a mask. If you do go to gatherings with people outside your household, the CDC recommends prioritizing outdoor gatherings over indoor ones.

Cardi's party seemingly did none of that: It was clearly inside and people were crammed together, mostly unmasked. "This is very unfortunate and an example of people making poor decisions," Richard Watkins, MD, an infectious disease physician in Akron, OH and a professor of internal medicine at the Northeast Ohio Medical University, tells Health. "COVID-19 is very contagious and it is astounding that, after more than six months, some people still don't take it seriously."

It's likely that there will be cases of COVID-19 to come out of the party "based on simple biology," Amesh Adalja, MD, senior scholar at the Johns Hopkins Center for Health Security, tells Health. "There were probably infected people there and others would have been exposed," Dr. Adalja says. "Anybody that was there should consider themselves exposed."

We also don't know for sure what kinds of precautions Cardi and her guests took prior to the gathering, but the event does ring similar to another recent event that, unfortunately, took a bad turn: In a recent interview with CBS News, Anthony Fauci, MD, director of the National institute of Allergy and Infectious Diseases, called the ceremony announcing Amy Coney Barrett as President Trump's Supreme Court pick a "super-spreader event."

"I think the—the data speaks for themselves," Dr. Fauci said, referencing the importance of mask-wearing and social distancing. "We had a super-spreader event in the White House and it was in a situation where people were crowded together and were not wearing masks. So the data speak for themselves."

Dr. Adalja says that people don't need to stop gathering entirely, of course, "but you have to take common sense. You can have a party that's more safe that it appears in the photographs." Overall, "celebrities should be held accountable for making poor decisions," Dr. Watkins says.

Dr. Adalja also issued this warning: "We have to change some of the ways we do things in the midst of this pandemic or we'll suffer the consequences of increased cases." 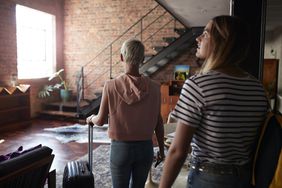 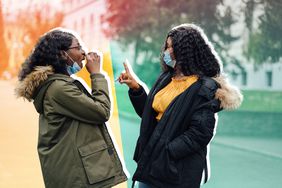 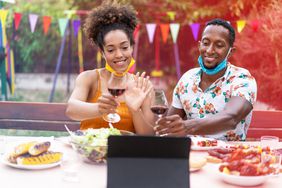 Thanksgiving Gatherings During COVID-19: 3 Things Experts Want You to Keep In Mind This Year 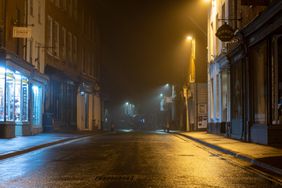 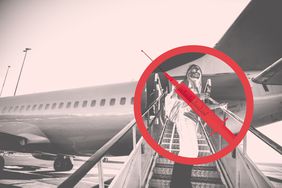 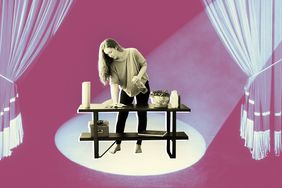 What Is COVID 'Hygiene Theater,' and Can It Hurt, Rather Than Help? 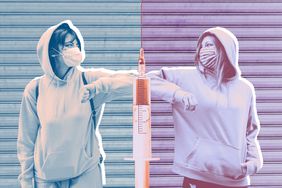