How Many People Have Died From the Coronavirus? Here's What the Latest US Data Says

This is how many people have died from the coronavirus so far and what public health officials are projecting for the foreseeable future.

There’s a lot of BS on social media about how the US tallies coronavirus deaths and whether the overall risk of dying from COVID-19 is higher or lower than the seasonal flu. So let’s set the record straight. This is how many people have died from the coronavirus so far and what public health officials are projecting for the foreseeable future.

As of September 24, the COVID death toll in the US topped 202,000. That’s based on data independently aggregated and analyzed by the Johns Hopkins Coronavirus Research Center. The Centers for Disease Control and Prevention (CDC), whose public reporting lags a bit, counts 200,275 deaths—so that’s in the same ballpark. Unless nearly everyone wears a mask this fall and winter, the death toll could top 378,000 by January 1, 2021, based on an updated estimate from the University of Washington's Institute for Health Metrics and Evaluation.

It’s usually a deceased person’s attending physician, or sometimes a medical examiner or coroner, who records the cause of death on the death certificate. The “medical certification of death” occurs in every state and the District of Columbia, not at the national level. Despite bogus claims on social media, there’s no evidence of any coordinated attempt to skew the numbers up or down. “Are there errors? Of course there are, probably in both directions,” says Ron Fricker, professor of statistics and senior associate dean at Virginia Tech’s College of Science in Blacksburg, Virginia. “But, in general, it’s a medical professional making a medical judgment about why someone died.”

People who die of coronavirus often have other conditions too. But when a disease is identified as the “underlying cause” of death, that means it “initiated the morbid train of events leading directly to death,” per the World Health Organization’s definition. In cases where COVID is involved, more often than not, it’s “the thing that led to the immediate cause [of death],” Fricker tells Health.

If anything, the US COVID death toll represents an undercount based on the number of “excess deaths” occurring in America, say epidemiologists and statisticians who track these trends.

How Long Does Coronavirus Last? What to Expect If You Contract COVID-19

What are excess deaths, and what does that tell us about coronavirus deaths?

Excess death, or mortality, is a metric that helps public health officials compare the number of deaths expected to occur during a particular timeframe (based on historical trends) to actual deaths. Remember the initial peak of COVID cases in the spring? During the week ended April 11, CDC recorded more than 78,000 deaths from all causes in the US. That’s well above the 56,000 to 58,000 expected deaths during that period. Another coronavirus wave followed in July and August, during which rates of excess mortality ranged from 10 to 20 percent, according to CDC data.

“The fact that we’re having so many excess deaths over and above what we’d expect in a summer of a typical year lends credibility to the fact that the pandemic is causing it,” Fricker points out.

So what’s the overall death rate from coronavirus in the US, and how does that compare to the flu?

Coronavirus deaths can be expressed in different ways, and none are perfect. “Infection fatality rate” tells us the proportion of infected individuals who died, while “case fatality rate” measures the proportion of confirmed COVID cases that resulted in death. Another way to size up COVID deaths is to look at the overall mortality rate, meaning coronavirus deaths as a percentage of the entire US population.

But without widespread testing, it’s difficult to know how many people actually had the virus, or have it now. “Basically, we have an iceberg: we have a tip and maybe a little below,” says Ruth Etzioni, a biostatistician and professor in the Division of Public Health Sciences at Fred Hutchinson Cancer Research Center in Seattle. The actual death rate remains elusive “until we know how deep the iceberg goes,” she tells Health.

We do know that coronavirus had already claimed many more lives than the typical flu season. “What we’re experiencing right now is about six times as great as the average flu year,” says Fricker, and the year isn’t over. In fact, a random sample of Indiana residents in late April found that just 2.8% of the state’s population were or had been infected the coronavirus. Knowing the number of actual infections, the authors estimated that the infection fatality rate was six times greater than the 0.1% mortality rate for the flu.

Anthony Fauci, MD, director of the National Institute of Allergy and Infectious Disease, has gone on the record many times describing COVID-19 as 10 times deadlier than the flu. That would put the mortality rate at 1%. It could be “1% plus or minus something,” Fricker allows, but we won’t know the actual rate until we have a better grasp of the number of people with COVID, he says, and that comes back to testing.

5 Preexisting Conditions That Can Make It Harder to Fight Coronavirus

What are the chances of surviving COVID-19?

The flip side of mortality is survival, and here the picture is also murky. A 99% survival rate sounds impressive, but death isn’t the only outcome. There are plenty of people who become quite ill, some requiring hospitalization, and many who are living with longer-term complications of the infection. How someone fares may depend on age, gender, race, and other health conditions.

This graphic from the CDC depicts rates of coronavirus hospitalization and death by age. People ages 30 to 39 are hospitalized at twice the rate of 18- to 29-year-olds, while rates of death in that older demographic are four times higher than their young-adult counterparts. And when you compare older adults to the 18 to 29 demographic, hospitalization and death rates are many times greater. 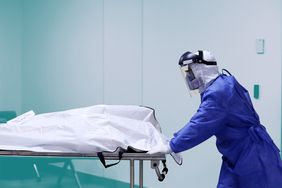 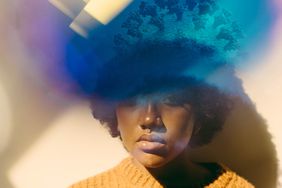 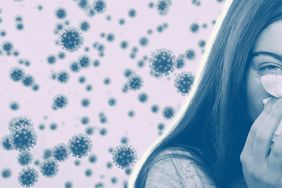 What Is a Cytokine Storm? Doctors Explain How Some COVID-19 Patients' Immune Systems Turn Deadly