Officials warn that brain-eating amoebas usually cause infections during July, August, and September.

A 13-year-old boy in Florida died last month after contracting a brain-eating amoeba in a campground, according to Jacksonville news outlet News4JAX. The victim, Tanner Lake Wall, became sick in August after swimming at an unnamed North Florida campground, which features a lake and a water park. He developed symptoms two days after swimming at the campground, Tanner's parents told News4JAX.

Travis Wall, Tanner's father, told the news outlet that his son began experiencing nausea and vomiting, along with "pretty bad headaches" and a stiff neck. When Wall's parents first took him to the hospital, he was diagnosed with strep throat, per News4JAX. However, Wall's parents suspected their son's condition was far worse and they made the decision to seek help elsewhere.

Wall's father told News4JAX, "I said, 'You know what? Unhook him. Do whatever you need to do. We will transport him ourselves. I'm standing at the front door. Come outside. We will take him where we have to go.'" Eventually, at another hospital, doctors told Wall's parents their son had a parasitic amoeba for which there is no cure.

Brain-eating amoebas, which are technically known as Naegleria fowleri, live in warm freshwater, such as hot springs, rivers, and lakes, according to the Centers for Disease Control and Prevention. The species can infect a human when the water it lives in goes up their nose. This usually happens when a person goes diving or swimming in warm freshwater. After infecting someone, the Naegleria fowleri can travel up one's nose to their brain, where it can destroy the individual's brain tissue.

A Naegleria fowleri infection can cause a disease called primary amebic meningoencephalitis (PAM). The symptoms of PAM, a brain infection, can be similar to bacterial meningitis symptoms, per the CDC. These symptoms begin about five days after someone comes into contact with Naegleria fowleri, and they include nausea, fever, headache, and vomiting. Later, an individual with a PAM infection might have a stiff neck, feel confused, and experience a loss of balance. Seizures and hallucinations can also accompany a PAM infection.

Infections from brain-eating amoebas are rare in the US, with only 34 having been reported between 2009 and 2018, per the CDC, which adds that infections usually occur during July, August, and September. Infections from brain-eating amoebas usually occur when it's been hot outside for a long time. This can cause water temperatures to be higher, making you more likely to encounter Naegleria fowleri, according to the CDC.

The Florida Department of Health reported another brain-eating amoeba infection earlier in the summer. On July 3, the Department tweeted a statement on the case. "One person contracted Naegleria fowleri in Hillsborough County. Naegleria fowleri is a microscopic single-celled living amoeba. The amoeba can cause a rare infection of the brain called primary amebic meningoencephalitis (PAM) that destroys brain tissue and is usually fatal," the tweet said.

Wall's parents told News4JAX that they would like to see signs put up near warm waters where Naegleria fowleri might be found, especially in the summertime. "So parents are aware. Maybe they weren't thinking about it because I can sure tell you we weren't," Travis said. "We grew up swimming in ponds and creeks and stuff like that." Their hope is to potentially spare others the loss they're feeling right now. According to the news station, Tanner's family is considering hiring a lawyer to look into their son's death. 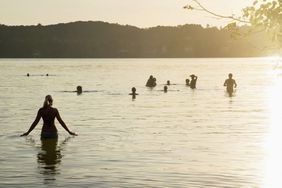 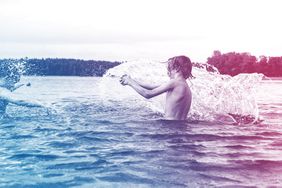 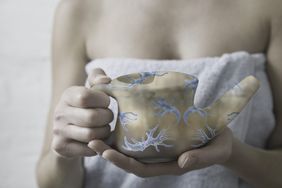