15 IBS Treatments That Can Help Relieve Symptoms, According to Experts

Whether you're experiencing diarrhea, constipation, or a mix of both, get relief from irritable bowel syndrome with these research-backed treatments.

Irritable bowel syndrome, or IBS, is a collection of symptoms that can include cramping, abdominal pain, bloating, and changes in your bowel movements. Those changes could mean having diarrhea (IBS-D), constipation (IBS-C), or a mix of both (IBS-M). IBS is pretty common, with about 12% of people in the US believed to have it. And it’s a condition that women are up to two times more likely to develop than men. While IBS doesn’t harm the intestines, it can cause a lot of discomfort. Thankfully, there are effective treatments available, including diet and lifestyle changes, that can help control symptoms.

Researchers have established that there is a brain-gut connection in IBS. That means cognitive factors like fearing symptoms, catastrophizing pain, being hypervigilant, and feeling stressed can negatively impact IBS symptoms. Gut-directed psychotherapies might be able to improve IBS symptom severity. In fact, it’s a treatment technique that the American College of Gastroenterology (ACG) recommends. The therapies include “a wide range of skills-based techniques,” according to the ACG, including relaxation training, addressing the avoidance of situations when symptoms occur, changing pain perception, and increasing acceptance.

People with IBS have been using hypnotherapy (aka, hypnosis) as a way to improve IBS symptoms for decades. And a 2021 review that looked at a dozen past studies confirmed that hypnotherapy does in fact seem to be “consistently effective for IBS.” Hypnotherapy targeting the gut typically lasts 6 to 12 sessions, according to the review. “The key is the hypnotist really focuses on your bowels, evoking images such as your bowel as a brook stream that’s backed up, and you have to work to remove the blockage,” Douglas Drossman, MD, co-director emeritus at the University of North Carolina at Chapel Hill Center for Functional GI and Motility Disorders, tells Health. Just make sure you go to a licensed mental health professional—the American Society of Clinical Hypnosis has a searchable registry of its therapists.

It’s not enough to get your 7-8 hours of zzz’s a night; you need to keep a consistent sleep-wake schedule. Take this example: Doctors who have a regular day of work followed by a night of being on-call (aka, doctors who get poor sleep) are significantly more likely to have IBS, according to a recent study published in the World Journal of Gastroenterology. This isn’t surprising, since all your bodily functions—including those involving your gut—are governed by your biological clock, so throwing it off may trigger symptoms, Dr. Drossman says. If you’re traveling across time zones, consider taking a melatonin supplement at bedtime, which research suggests may help both regulate your body clock and lessen IBS symptoms.

11 Surprising Health Benefits of Sleep
04 of 15

Ramping up your activity level may not only improve IBS symptoms, but it also appears to reduce related symptoms, like depression, fatigue, and anxiety. “Exercise raises serotonin levels, which also affect your gut,” Gina Sam, MD, a New York City-based gastroenterologist, tells Health. It also increases endorphins, boosting mood and relieving stress. Aim for 3 to 5 hours of moderate to vigorous physical activity such as walking, cycling, or aerobics each week.

A couple of small studies show a possible link between IBS and vitamin D deficiency, with one study finding that 82% of the participants with IBS had vitamin D deficiency. While experts aren’t clear on exactly how the sunshine vitamin affects your gut, it’s reasonable to ask your doctor to check your vitamin D levels, Dr. Sam says. Generally, a blood level of vitamin D between 20-50 ng/mL is adequate, with levels under 20 ng/mL being considered inadequate, according to the National Institutes of Health. If your levels are low, talk to your doc about taking a supplement; you don't want to wind up with one of the 26 health problems linked to low vitamin D.

People with IBS who took the antihistamine ebastine for 12 weeks reported more relief from their symptoms than those taking a placebo, according to a small Belgian study in the journal Gastroenterology. Theoretically, it makes sense, since histamine—which is released when you have an allergic reaction—is also released in your gut, potentially causing inflammation that may worsen IBS symptoms, Dr. Sam says. Ebastine is not available in the United States, but you can talk to your doctor about whether it makes sense for you to try another antihistamine such as Claritin or Zyrtec.

Peppermint, a natural antispasmodic, relaxes smooth muscles in the intestines, reducing symptoms, says Dr. Sam. There’s solid research behind it: A 2019 meta-analysis published in the journal BMC Complementary Medicine and Therapies revealed that peppermint oil can be a safe and effective treatment for IBS symptoms. Another 2019 study found that peppermint oil significantly reduced abdominal pain, discomfort, and IBS severity. Use the enteric-coated capsules, which can help you avoid heartburn.

It could help regardless of whether you have IBS-C or IBS-D: not only does fiber get things moving in your digestive tract when you’re constipated, “it also bulks up stool, which helps slow down diarrhea,” explains Dr. Sam. Aim for 25 grams daily (try these high-fiber foods). Since adding in too much too quickly can cause gas and cramping, slowly increase the amount of fiber in your diet—say, add an extra serving of fruits, veggies or beans every two or three days—over a couple weeks.

Low-dose antidepressant drugs have been shown to help relieve symptoms of IBS. Your doctor may recommend a tricyclic antidepressant (aka a neuromodulator) such as nortriptyline (Pamelor), which inhibits the activity of nerves in your gut, decreasing pain and that feeling of urgency. On top of helping ease abdominal pain, tricyclic antidepressants can also slow GI transit, improving the symptoms of diarrhea, according to the ACG. If you have constipation, selective serotonin reuptake inhibitors (SSRIs) like Zoloft can help speed up your GI tract.

Sometimes IBS can be caused or worsened by an overgrowth of bacteria in your intestine, explains Dr. Drossman. To combat this, an antibiotic may be prescribed. The main one doctors prescribe is rifaximin (Xifaxan), which is FDA-approved to treat IBS-D. In clinical trials, rifaximin has been found to improve symptoms—including those of abdominal pain, bloating, and loose or watery stools—after a 14-day course of treatment, with relief lasting up to 10 weeks after stopping the treatment.

Some people may find it helpful to follow a low-FODMAP diet, says Dr. Sam. FODMAP stands for fermentable oligosaccharides, disaccharides, monosaccharides, and polyols. Research suggests that many IBS sufferers are sensitive to these hard-to-digest carbohydrates—including fructose (found in fruits and honey), lactose (in dairy), fructans (in wheat, garlic, and onions), galactans (in legumes), and polyols (used as artificial sweeteners and found in stone fruits like apricots, cherries, and nectarines). The diet is quite complicated, which is why many IBS specialists now have nutritionists in their offices to help you figure out what you can and cannot eat. But if it is something that can be kept up with, a 2021 meta-analysis of past studies does show that the diet can reduce IBS severity by “a moderate to large extent.”

You’ve heard of probiotics before; they’re the “good bacteria” that live in your gut and keep it healthy. It’s thought that some people with IBS have an overgrowth of “bad” bacteria in their GI tract, causing symptoms such as gas and bloating, says Dr. Drossman. Research has suggested that probiotics may help improve IBS symptoms. That includes a 2021 study published in the journal Nutrients, which showed that probiotics helped with abdominal pain severity and quality of life for patients with IBS. However, more research is needed. Even though interest in using probiotics as a treatment for IBS is growing, both the ACG and American Gastroenterological Association (AGA) say that they need to see more studies before making a more definite recommendation.

What Are Probiotics? 5 Things You Need to Know About Them
13 of 15

Several studies have found that yoga can help relieve IBS. “I always give my patients a pep talk about yoga, as well as other relaxation techniques, such as deep breathing,” says Dr. Sam. It doesn’t matter whether it’s Hatha, Vinyasa, Ashtanga, or some other form, as long as it helps wind you down. “Yoga appears to help boost serotonin levels, which soothes your GI tract as well as your brain,” Dr. Sam explains. Poses that may work include corpse pose (lying on back, aka savasana), cat and cow, and child’s pose, as well as these other yoga poses for better digestion.

Eluxadoline (Viberzi, Truberzi) helps control IBS-D by activating receptors in your nervous system that reduce bowel contractions. “Up until [eluxadoline was FDA-approved], the only other prescription drug available to treat diarrhea was alosetron (Lotronex), yet it was only reserved for very severe cases since it can cause a potentially life-threatening condition called ischemic colitis, which reduces blood flow to the large intestine,” explains Dr. Sam. The medication got its approval after showing in a trial that it safely and effectively relieved symptoms of abdominal pain and diarrhea from IBS.

If you’re seriously plugged up due to IBS-C and lifestyle measures (like eating more fiber, getting plenty of fluids, and increasing physical activity) don’t help, your doctor can prescribe a medication FDA-approved for the treatment of IBS-C to get things moving. For example, there’s lubiprostone (Amitiza) and linaclotide (Linzess). Amitiza works by increasing fluid secretion in your gut; Linzess calms pain-sensitive nerves in your GI tract and speeds up bowel movements. 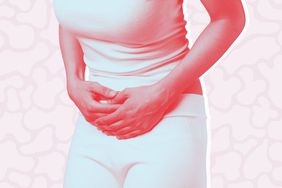 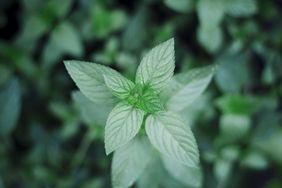 7 Natural Remedies for IBS That May Work for You

Diverticulosis vs. Diverticulitis: Understanding the Difference Between the Two Conditions