What Does It Mean to Have an Abnormal Pap Smear–and What Should You Do Next?

Most of the time an abnormal test result is not cancer.

Millions of women get a Pap smear or Pap test every year to screen for cervical cancer. (Reminder: The cervix is the lower part of the uterus, which leads into the vagina.) The procedure is simple and is part of a regular visit to a gynecologist. A doctor swabs some cells off of your cervix and sends them to a lab where a specialist looks at them under a microscope to determine if they look normal or abnormal.

A bit uncomfortable and sometimes a little awkward, sure. But luckily, most Pap test results come back normal, meaning you can heave a sigh of relief and schedule your next exam years down the road.

However, some 2% to 5% of women who have a Pap test–named after the originator of the exam, George Papanicolaou–will have an abnormal result, says Adi Davidov, MD, director of gynecology and robotic surgery at Staten Island University Hospital. If you’re one of those women, you’re probably more than a little nervous about what “abnormal” really means. Here’s what you need to know.

What can cause an abnormal Pap smear?

For starters, abnormal cells on Pap test results do not necessarily mean you have cancer. “There can be many different reasons why a Pap smear may be abnormal,” says Nazia Munir, MD, a family physician at Henry Ford Health System in Detroit. “The most common is the human papillomavirus.”

Human papillomavirus (HPV) is responsible for almost all cases of cervical cancer. But testing positive for the virus does not mean you actually have cancer. Around 90% of the time, the virus, which is sexually transmitted, clears on its own, leaving no evidence in its wake. “A lot of times patients have HPV and are completely asymptomatic,” Dr. Munir says. Some may have mild symptoms but still recover completely, Dr. Davidov adds.

When HPV does lead to pre-cancerous or cancerous changes in cervical cells, those abnormally growing cells will be categorized as mild, moderate, or severe, says Leslie McCloskey, MD, associate professor of obstetrics, gynecology, and women’s health at Saint Louis University, and your doctor will help you determine the best course of treatment.

What else can cause an abnormal pap smear besides HPV? Other sexually transmitted infections may be to blame, including chlamydia, gonorrhea or, in very rare cases, herpes. Yeast infections can also cause changes in cervical cells. All of these can be treated.

In rare instances, even inflammation–perhaps from having sex recently–can lead to an abnormal Pap test result.

Later in life, menopause can produce changes in cervical cells too. “When there’s not that much estrogen, cells can look funny and mimic precancerous conditions,” says Dr. Davidov.

17 Things You Should Know About HPV

What should you do if you’ve had an abnormal Pap smear?

A Pap test can tell you something might be wrong–but it can’t tell you what the problem is. If your Pap results come back abnormal, your doctor will want to follow up to find out what, if anything, is going on.

If you haven’t had one already, your doctor may order a second test, one which looks for HPV DNA. This will tell you if HPV is a likely cause of the abnormal results. It can even tell you if you have one of the specific strains (often HPV 16 or 18) that cause cervical cancer, though it won’t say if you have the disease.

The next step is a colposcopy, which is when a doctor looks closely at the cervix with a microscope-like device called a colposcope. A diluted vinegar solution is often applied to the cervix to temporarily change the color of any abnormal areas, making them easier for your doctor to see.

Not every abnormal Pap test warrants a colposcopy, especially in younger women, Dr. McCloskey says. “Their risk of having [cervical cancer] is so low, on occasion we may just elect to repeat a Pap test in six months or a year,” she says, to see if the results are still abnormal.

If anything looks more than mildly wrong in a colposcopy, doctors will do a biopsy, which is the removal of a small sample of tissue or cells to test further in the lab. A biopsy will tell you specifically if you have cancer or precancerous changes. “If the biopsy result confirms that there is a precancerous condition, the patient usually requires treatment that removes the precancerous condition,” says Dr. Davidov.

In general, women under 30 should get a Pap test every three years starting at age 21. From 30 on, women should get a Pap plus an HPV test every five years. (That remains true whether or not you’ve been vaccinated against HPV. The vaccines don’t protect against all strains of HPV.) If you happen to be pregnant when it’s time for your Pap smear, the test can still be done as usual. Doctors can even follow up on abnormal Pap results with a colposcopy if needed.

Every year, nearly 13,000 women are diagnosed with cervical cancer and around 4,000 die from the disease. But most are preventable, says Dr. McCloskey, “if patients come for Paps and for the appropriate follow-up.”

Can You Get a Pap Smear on Your Period? Here's What Ob-Gyns Say

What to Do If You Have a Cancer Scare

What Is Multiple Myeloma? Doctors Explain This Plasma Cell Cancer
I Had My Cervix Removed at 29—and I Can Still Get Pregnant 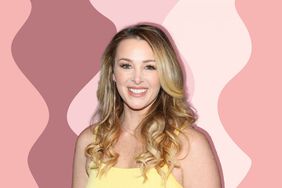 Why This New Campaign Wants Women to Smear Their Lipstick 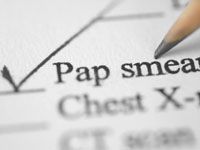