The VB variant is more infectious and can accelerate the progression from HIV to AIDS.

A new variant of the human immunodeficiency virus (HIV) was discovered and revealed by researchers in 2022. However, the "new" variant has been circulating in the Netherlands for decades.

The variant—now known as virulent subtype B (VB variant)—is neither the first nor last HIV variant to emerge, but it caught the attention of researchers due to its "higher virulence," or its ability to cause more damage than is normal for other HIV variants, according to the lead study authors.

Following the publication of the study, researchers have also pushed to debunk any misinformation surrounding it, particularly that the new HIV variant was somehow "created" by COVID-19 vaccines. Those claims are completely false, according to the lead study authors and news sources like Reuters and AFP. The VB variant had been circulating for more than 30 years, prior to both its discovery and the COVID-19 pandemic.

As it stands, experts don't believe the VB variant is cause for concern. "Observing the emergence of more virulent and transmissible HIV is not a public health crisis," Joel Wertheim, PhD, an associate professor of medicine at UC San Diego wrote in a perspective piece on the study. He assured that the treatment and preventive measures already in place for HIV—disease surveillance, treatment, and partner notification—are still protective, even against a new variant of the virus.

What Do We Know About the New HIV Variant?

A team led by researchers at the University of Oxford discovered the VB variant during an ongoing BEEHIVE study, in which eight groups of people with HIV from Europe and Uganda donated samples during early infection. The researchers studied the genetic sequences obtained from the samples and found that 17 individuals showed a unique version of HIV-1 subtype B with high viral loads (large amounts of virus in the blood).

To further investigate the new variant, the team looked at an additional ATHENA study of more than 6,000 people living in the Netherlands with HIV subtype B infections. From that study, researchers added 92 more people found to have the VB variant, for a total of 109 people with the new variant.

The VB variant has the following properties:

The study found that people infected with the VB variant were found to have a higher viral load, or the amount of virus present in their blood before receiving treatment—about 3.5–5.5 times higher than those with other strains. A higher viral load means a person is more likely to spread the virus to others.

Researchers also found that the VB variant impacted the rate of CD4 cell decline in infected individuals—this cell decline is the "hallmark" of damage to the immune system caused by HIV. CD4 cells, also known as T-cells, are infection-fighting white blood cells. HIV attacks and destroys these CD4 cells—and when too many of the cells are lost, the body has trouble fighting off infections. Very low CD4 counts are indicative of acquired immunodeficiency syndrome (AIDS).

The study showed that the VB variant caused infected people's CD4 counts to drop twice as fast as other HIV strains, meaning they were at risk of developing AIDS more quickly. Without treatment, researchers estimated a person with the VB variant would develop AIDS two to three years after diagnosis, compared to six to seven years for people with a different HIV strain.

Despite the VB variant's increased severity and transmissibility, researchers found that the variant responded to current HIV treatments (like antiretroviral drugs) as well as other strains do. Survival rates after starting treatment were also similar among those with the VB variant and other variants.

How (And Why) Do Variants Emerge?

All viruses mutate, but not all viruses mutate at the same rate. Mark Cameron, PhD, an associate professor in the department of population and quantitative health studies at Case Western Reserve University, explained it's because viruses have an innate urge to survive, but they need to find the right balance to do so—they must be infectious enough to continue to spread and hijack host cells, but not so harmful that they immediately kill any potential host.

Variants occur when a virus gains a genetic mutation that makes it more severe or more transmissible—or, in the case of the VB variant, sometimes both. Mutations may come randomly because of copying errors when replicating, or they could be intentional—a need from the virus to evolve when its survival is under threat.

Variants that have emerged from SARS-CoV-2, the virus that causes COVID-19, are a prime example of how a virus mutates in order to survive: In early 2020, the original SARS-CoV-2 strain had no problem infecting massive amounts of people because our immune systems weren't prepared for it. But over time, the virus began creating variants with immune-resistant mutations—as with the Omicron variant—after people developed antibodies from prior illnesses or vaccines that made people more resistant to infection.

Though HIV has been around for much longer than SARS-CoV-2, it still evolved for a similar reason: To evade protections against it. Cameron explained antivirals and new therapies work to slow down viral growth and limit the amount of virus in the body—in turn, as long as people manage the disease, there's less risk of transmitting it to others, which threatens the virus' existence.

In fact, HIV is a highly mutable virus—one study in the journal Cell showed that HIV has gained mutations much faster than SARS-CoV-2. One reason for that is that HIV mutations can be found all over the surface of the virus, creating a diverse line of variants (SARS-CoV-2 mutations, on the other hand, primarily affect the spike protein).

This diversity is shown through the HIV variants that have been previously discovered: Aside from the two HIV subgroups—HIV-1 and HIV-2—research shows that the HIV-1 strain can be further divided into groups M, N, O, and P. The 'M' or Major group makes up most HIV infections. Within the M group, there are nine genetically-related subtypes ranging from A-K. Subtypes A and F can be divided into more variants with A1 through A4 and F1 and F2, mainly circulating in Africa.

It's because of this high mutation rate that makes it so difficult to create an effective HIV vaccine, " Peter Gulick, MD, an associate professor of medicine at Michigan State University and director of its HIV/Hepatitis Clinic, told Health. Because the surface of the virus changes so frequently, a vaccine hasn't yet been able to recognize and target the virus.

What Does This Research Mean for HIV Risk?

"The public needn't be worried," the study authors wrote in the news brief. "Finding this variant emphasizes the importance of guidance that was already in place: that individuals at risk of acquiring HIV have access to regular testing to allow early diagnosis, followed by immediate treatment. These principles apply equally to the VB variant."

If you have HIV—or you suspect you've acquired it—it's necessary to your health and the health of others to begin managing it sooner rather than later. "By treating it early, you will avoid having patients progress quicker no matter what the strain is," said Dr. Gulick. "The drugs work just as well in these new HIV strains as it does in the regular strain."

For people who don't have HIV, you can protect yourself by using condoms with new or unfamiliar partners and avoiding contact with contaminated needles. If you anticipate exposure to HIV through a sexual partner, you should speak to your doctor about taking pre-exposure prophylaxis (PrEP) medication, which can prevent the spread of HIV. And if you think you have already been exposed to the virus, you should get tested as soon as possible.

A variant of the HIV virus called the ‘VB variant’ was identified by researchers, but the variant has been in circulation for several decades. The VB variant has higher virulence and higher transmission, which means it would have more damaging health impact than is normal for HIV. 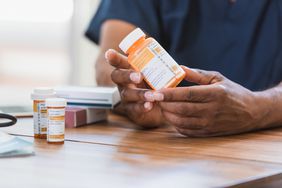 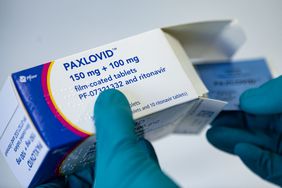