The injection, which is meant to be given every two months, is an alternative to the current daily pill regimen.

The Food and Drug Administration has approved the first injectable pre-exposure prophylaxis (PrEP) medication to lower the risk of getting HIV through sex, the agency announced on Monday.

Previously, PrEP had only been available in pill form. The new medication, called Apretude (cabotegravir extended-release injectable suspension) is given first as two injections one month apart, and then given every two months, the FDA said.

"Today's approval adds an important tool in the effort to end the HIV epidemic by providing the first option to prevent HIV that does not involve taking a daily pill," Debra Birnkrant, MD, director of the Division of Antivirals in the FDA's Center for Drug Evaluation and Research, said in a statement. "This injection, given every two months, will be critical to addressing the HIV epidemic in the US, including helping high-risk individuals and certain groups where adherence to daily medication has been a major challenge or not a realistic option."

The FDA based its decision on two clinical trials that found the PrEP injection was effective at preventing HIV in those who took it. The first trial featured 4,566 cisgender men and transgender women who had sex with men. Participants were either given Apretude or Truvada, a PrEP pill. Researchers found that those who took Apretude had a 69% less risk of getting infected with HIV when compared to those who took Truvada.

A second trial featured 3,224 cisgender women who received either Apretude or Truvada. That found that participants who took Apretude had a 90% lowered risk of getting infected with HIV when compared to those who took Truvada.

Preliminary data from the Centers for Disease Control and Prevention (CDC) show that PrEP use is increasing in the US but it's still low. In 2020, about 25% of the 1.2 million people who could benefit from PrEP were prescribed it, compared to only about 3% in 2015.

What is PrEP, again?

PrEP is a preventive measure for HIV. It's specifically meant for those who are at risk for HIV from sex or injection drug use. The CDC says that it's "highly effective" when it's taken as prescribed.

Previously, there were two medications approved by the Food and Drug Administration (FDA) for use as PrEP:

Why is an injectable PrEP needed?

"Every tool in the arsenal is good," Perry N. Halkitis, PhD, MPH, dean of the Rutgers School of Public Health, tells Health. "With Truvada and Descovy, most people are taking it daily. Individuals are more likely to do a certain health behavior if they're not required to do it every single day."

Infectious disease expert Amesh A. Adalja, MD, a senior scholar at the Johns Hopkins Center for Health Security, agrees. "Removing the need to take a daily pill will increase compliance," he tells Health.

An injection is also "more discrete" than having a bottle of pill lying around your home, Dr. Adalja says. "That might reduce some of the stigma that people may feel with PrEP," he adds.

Are there any downsides to an injectable PrEP?

Like all mediations in any form, Apretude too comes with the risk of some side effects, including:

The good news on that front: There is an oral version of the medication called Vocabria (cabotegravir), which people can take to assess how well they can tolerate the drug before moving on to the injectable version.

People on Apretude also will need to see their healthcare provider every two months, Halkitis says. But, he points out, "With Truvada and Descovy, you already have to go every three months for a new prescription."

According to a spokesperson for the drug's manufacturer, ViiV Healthcare, Apretude will be sent to distributors early next year, as reported by the Washington Post. Doctors are hopeful that having another option for PrEP will increase the chances that people who need it will actually use it. "This will hopefully help get the number of people on PrEP higher," Dr. Adalja says. "Ultimately, that should decrease HIV rates in the country." 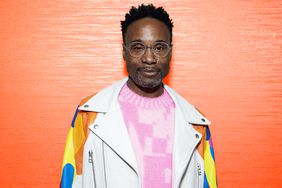 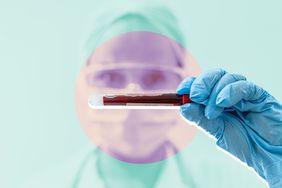