The truth about the sexually transmitted infection millions of people have—but may not know it.

Few conditions have as scary a reputation as genital herpes. But for all the fear (and even lawsuits) this sexually transmitted infection (STI) has caused, it really isn't as bad or as serious or life-altering as most people think...and it's actually a lot more common than you'd imagine, especially since many people who have it don't even know they are infected.

With the help of healthcare professionals and specialists, we've broken down the misconceptions about living with a disease like herpes. Here are seven things experts want everyone to know.

Genital herpes is caused by one of two viruses, either herpes simplex virus (HSV) type 1 or HSV type 2. HSV-1 also causes cold sores or fever blisters around the mouth, "but the disease trends have changed over time and now they can both cause genital sores," Talia Swartz, MD, assistant professor of infectious diseases at the Icahn School of Medicine at Mount Sinai in New York City, told Health.

It's also surprisingly common: The American Sexual Health Association reports that more than 50 percent of the adults in the U.S. have oral herpes, and data from the Centers for Disease Control and Prevention (CDC) show that about one in eight people in the U.S. between the ages of 14 to 49 has genital herpes. And most people who have herpes may not even realize it.

In most cases, genital herpes is a "manageable infection without long-term physical health consequences," Christine Johnston, MD, associate professor of allergy and infectious diseases at the University of Washington, told Health.

The Pain of Herpes Can Be More Emotional Than Physical

"I don't know why genital herpes has this pariah, fearful component to it," H. Hunter Handsfield, MD, professor emeritus of medicine at the University of Washington Center for AIDS and STD, told Health. "People are more afraid of herpes than they are of chlamydia, and in the long run chlamydia is more likely to cause serious damage to their reproductive and general health than herpes ever is."

But getting a herpes diagnosis does come with emotional baggage. "If you are infected, you have a duty to warn partners and that is a big deal for lots of people," said Dr. Handsfield. "You're impairing the natural development of a relationship, which is a big psychological burden for people to carry."

It's Usually Spread by People Who Don't Have Symptoms

Most people with genital herpes don't know they're infected, said Dr. Johnston, and the disease is usually spread "during periods of asymptomatic shedding, when people do not have symptoms." Women are at higher risk of contracting herpes than men, and risk increases for people with higher numbers of sexual partners.

"It is true that the partner can lie and say they are clean, but the story we hear more often is that the partner did not know they had the infection," said Dr. Johnston. Warning signs can include genital blisters and open sores, added Dr. Johnston, "but the findings can often be subtle." There is also a blood test that can diagnose herpes—but because false-positives are possible, it's generally recommended only for people who have symptoms or who know they've been exposed to the virus.

Herpes is transmitted through contact with skin and oral or genital mucosa, and lesions do not have to be visible for the virus to be transmitted. Using a condom can decrease the risk of spreading or acquiring genital herpes—but it's not 100% effective, said Dr. Swartz, because the virus can be on parts of the genital area that are still exposed.

For people who know they have an infection, taking daily antiviral medication can also cut the odds of spreading HSV to partners. Common antiviral medications include Sitavig and Zovirax (acyclovir), Valtrex (valacyclovir), and Famvir (famciclovir). In fact, because of ulcers and nerve damage that can be caused by HSV infection, antiviral therapy is recommended for anyone experiencing a first episode of genital herpes, according to the CDC.

Symptoms Can Be Serious, Mild, or Nonexistent

Most people who have HSV have either no symptoms or very mild symptoms. Some people won't have their first herpes outbreak for months or years after transmission. (Because of that, said Dr. Johnston, it can be very difficult to identify the source.)

For others, symptoms can appear as early as six days after infection, and can include pain and blisters in the genital area, pain with urination, as well as fever, chills, headache, and lymph node swelling. An outbreak or episode is when blisters or sores appear. The sores can take two to four weeks to fully heal.

In developing countries, genital herpes can double a person's risk of contracting HIV if he or she is exposed to it, said Dr. Handsfield, although that's not the case in the U.S., especially not for heterosexual men and women. "Herpes helps drive the AIDS epidemic internationally," said Dr. Handsfield.

Although it's rare, herpes can be transmitted from mothers to babies as they travel through the birth canal during delivery. Even less frequently, infants can pick up a herpes infection from skin-to-skin or mouth-to-skin contact with another person. These are serious concerns, because newborns can develop dangerous or even fatal complications when infected with the herpes virus.

Is It a Canker Sore or a Cold Sore—And How Do You Get Rid of It?

Treatment Can Help Patients and Their Partners

There's no cure for herpes, but it is a manageable condition. Antiviral drugs can reduce the intensity and duration of symptoms, and—if taken daily—they can also reduce the frequency of outbreaks and reduce the likelihood of transmitting HSV to your partner. And for your emotional and mental health needs, you may want to seek out a support group where you can address your concerns about your relationships, talk about your feelings, share stories, and find help managing symptoms. 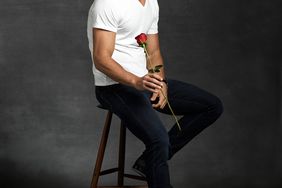