Why Going to the Sauna Is Good for Your Health

A new study says that the hot, dry air can protect your heart. Turns out, that's because it's kind of like hopping on a treadmill.

If you're the type to waltz on into a sauna at the gym and stick around for a few minutes just to relax, consider lingering longer: The hot, dry rooms are good for your heart.

A new, long-term study over 14 years, published in the journal BMC Medicine, found that visiting a sauna two to three times weekly was associated with a 25% lower risk of dying from cardiovascular disease compared to hopping in once per week. (This was after taking into consideration factors like physical activity, socioeconomic status, and cardiovascular risk factors.) For those who went into a sauna four to seven times weekly, that risk fell by 77%. What's more, researchers also found that the longer people spent in the sauna, the better it was for their hearts.

RELATED: Weird Things That May Affect Your Heart Disease Risk

Sauna going is a popular health practice in Scandinavia, so it's no surprise that the researchers were from the University of Eastern Finland. Sauna bathing, as it's called, has been linked to a lesser risk of high blood pressure, suffering a stroke, and developing respiratory diseases and dementia. (Traditional saunas feature dry air with a humidity level of 10 to 20% and heated to at least 86 degrees Fahrenheit, and people usually spend five to 20 minutes bathing each time they go, the researchers point out.)

Those are big promises for simply sitting in a hot room, but it's not the first time they've been made. Previous research has shown that sauna goers had healthier hearts—in men. This new study is important because about half of the participants were women (51.4%!). And, it goes without saying, women are not tiny men, so it's important for scientific research to use female subjects as well.

Here's why the researchers think sitting in what is essentially a hot box is so great: Heat is a stressor on your cardiovascular system. Just relaxing in a sauna raises your heart rate to 120 to 150 beats per minute, "corresponding to low- to moderate-intensity physical exercise training for the circulatory system without active muscle work," the authors write. Yep, it's like taking a good walk on the treadmill—except you're sweating while wearing a towel. Hanging in a sauna bolsters the function of blood vessels to improve blood flow and regulate blood pressure.

Of course, this study looked at an association between sauna bathing and heart health, not a cause-and-effect relationship, so more research needs to be done. Still, it's one more reason to head in for a schvitz regularly. Here are three more.

RELATED: How Often Do You Really Need to Shower? Dermatologists Reveal the Truth

Saunas May Keep Your Brain Sharp

In a study of middle-aged Finnish men, heading to a sauna two to three times a week lowered odds of dementia and Alzheimer's disease by 22% and 20%, respectively, compared to once weekly, per 2017 research in the journal Age and Aging. Turns out, what's good for the heart may be good for the brain: Improvement in blood vessel function, lowered blood pressure, and reduced inflammation may also preserve cognitive resources.

Saunas Can Help You Breathe Easy

Being full of hot air is a good thing. In a UK and Finnish study of nearly 2,000 men, those who hit the sauna two to three times or four or more times per week were less likely to develop a respiratory disease (like COPD, asthma, or pneumonia) compared to those who went in one or fewer times per week. The heat may improve lung function to better breathing.

It's no secret that you leave a sauna sesh on a high. Saunas have been shown to increase levels of feel-good endorphins, so don't be surprised if people ask you about your glow. That may be why those with mild depression also report feeling better physically and say the sauna helped them relax, according to a paper in the journal Alternative Medicine Review.

When to Avoid the Sauna

If you have a health concern, by all means, talk to your doctor before heading into a sauna—especially if you don't regularly go to one. People who have certain heart conditions like unstable angina or aortic stenosis, as well as those with skin problems like an oozing rash, should avoid them, the Alternative Medicine Review paper notes. Oh, and if you've been drinking alcohol, no need to hang out in one.

RELATED: Subtle Signs You Could Have a Heart Problem

Doctors caution pregnant women against activities that would raise their core body temperatures too high, like soaking in a hot tub or going into a sauna, as these activities have been linked with neural tube defects (spina bifida is one example).

However, newer research challenges that belief. In a 2018 review of 12 studies, researchers concluded that pregnant women can safely stay in a hot, dry sauna for up to 20 minutes without their core temp rising to dangerous levels. Earlier research culling from data from the National Birth Defects Prevention Study and published in 2015 came to a similar conclusion.

That said, some of this research has been on Finnish women, who may be more used to sauna bathing, so talk to your doctor to determine what is right for you, your health, and the health of your pregnancy.

Do as the Fins Do

Interested in making sauna sitting a regular habit? The Fins traditionally add cold water to the mix. After staying in a dry heat sauna for five to 20 minutes, they head for a cold dip (often in an ice pool outdoors, but a cold shower works, too), followed by warming up in room temperature. Repeat two to three times. Enjoy! 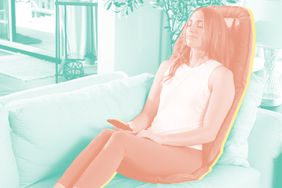 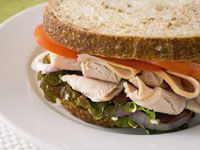 Your Diet Can Stave Off Heart Disease 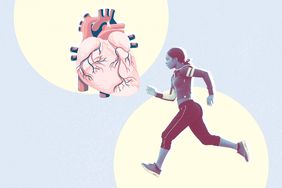